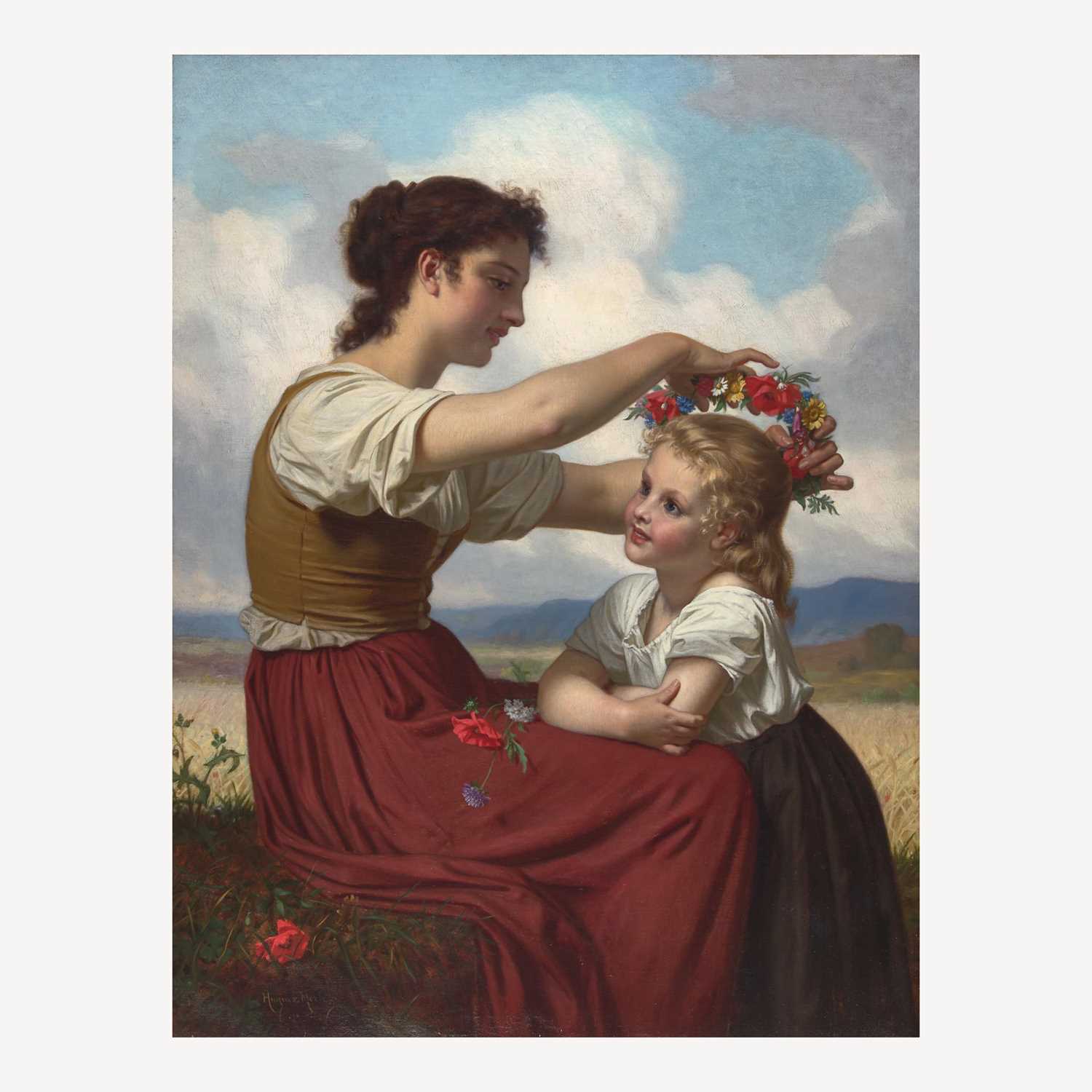 Born in Saint Marcellin, Hughes Merle attended the École des Beaux-Arts in Paris. There, he was under the tutelage of Léon Cogniet, who encouraged him to exhibit in the 1847 Paris Salon – his first of many Salon exhibitions. Merle is highly regarded for his meticulous, sensitive, and tender depictions of a variety of subjects, including literary, allegorical, and historical themes, and above all, for his paintings of domestic and female subjects – including the theme of mother and child, as in the present work. Introduced to the famed fellow French painter William-Adolphe Bouguereau by the art dealer Paul Durand-Ruel, Merle became a great influence on his younger counterpart, and the two artists soon became rivals. With paintings in major collections, Merle remains well known today for his ability to successfully capture the human form with technical brilliance and lyricism.