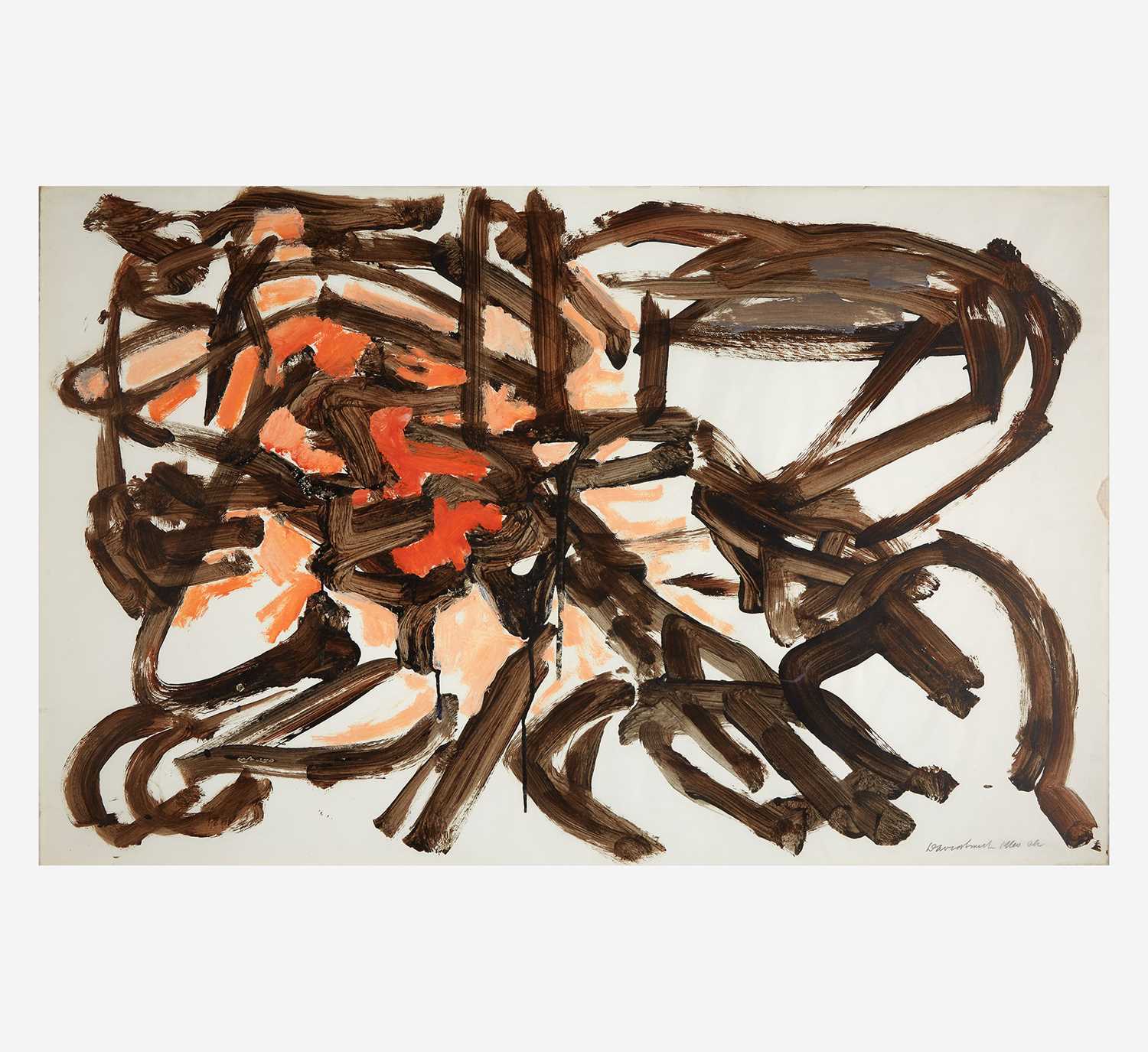 David Smith experimented throughout his career with painting and drawing techniques, as well as within the sculptural work for which he is best known. His later drawings, particularly from 1950 on, saw him referring back to early investigations in painting, incorporating a variety of materials and textures into his media, including egg, metal particles, dry pigments, glass, and other household materials. He also created drawings using spray paint on paper during this time, spraying pigment onto solid shapes like stencils, producing ethereal forms that seem to emerge as clouds.

Untitled (Chelsea Hotel Series) was painted during this later, mature phase, while the artist was staying at the New York hotel, a well known hub for artists, musicians, writers, and other cultural figures. Linear and abstract, the composition is nevertheless full of movement and the play of positive and negatives spaces clearly refers to Smith’s sculptural work. The gestural nature of the drawing and its physical size were a focus for Smith at this time and he even commented on these aspects in a speech he gave in 1960:

‘I wish somebody had taught me to draw in proportion to my own size, to draw as freely and easily with the same movements as I dressed myself with, or that I ate with, or worked with in the factory... I think that the first thing that I should have been taught was to work on great big paper, big sizes, to utilize my natural movements.’ [1]

Along with the gestural quality, the incorporation of peach, orange, and rust-colored tones concentrated on the left side also call to mind the artist's sculptural surfaces, especially his reference in his writing to rust connoting decay and deterioration, as well as being used to introduce color into metal works.[2] He clearly favored the color and texture of rust in his work, often using the language of rust and oxidation to describe his steel pieces. In Untitled (Chelsea Hotel Series) many elements of David Smith’s lifelong project come together in this drawing, a unique window into the artist’s working process.