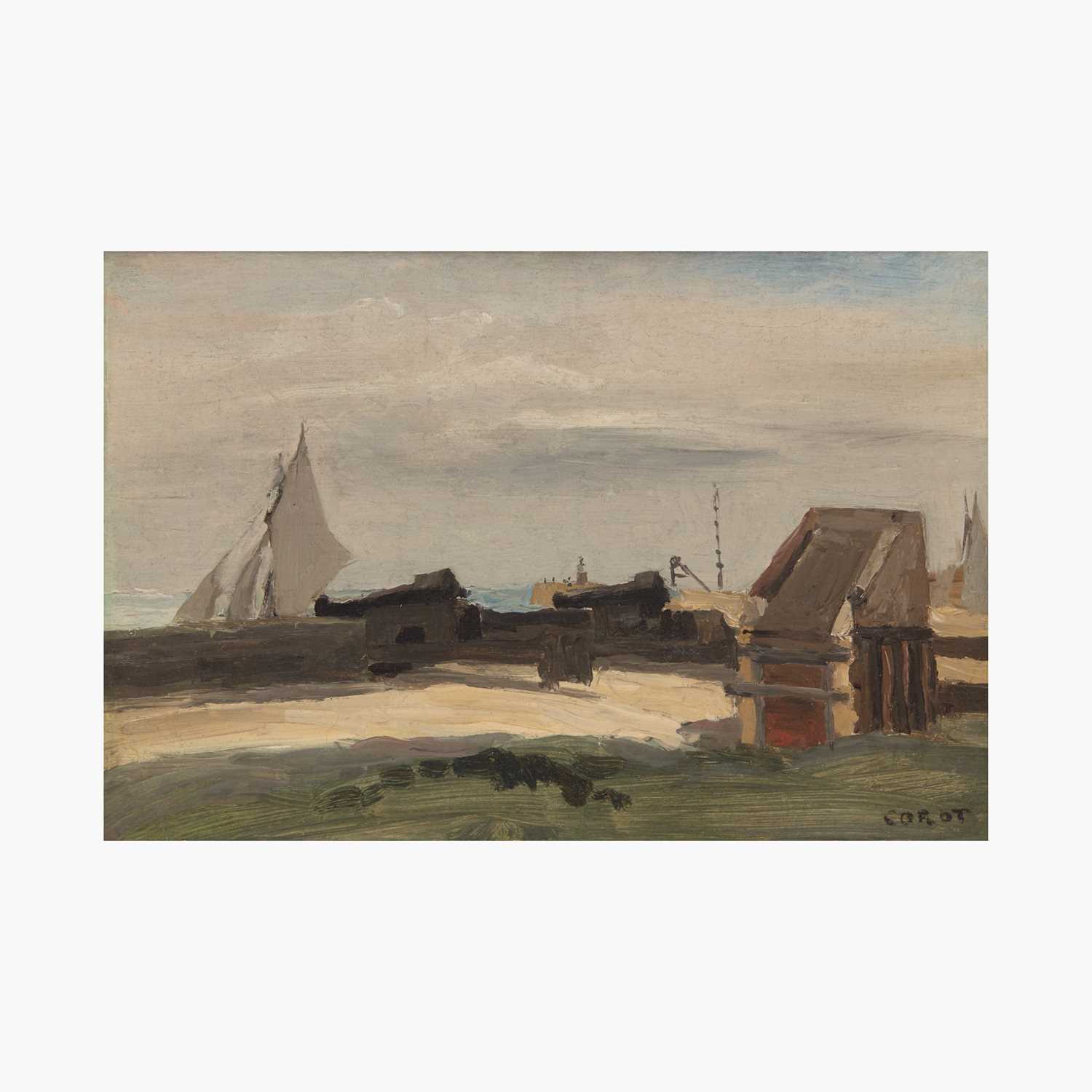 Corot is known for having travelled throughout France and Europe all of his life, well into his seventies. The artist visited Normandy twice following his return from his first tour to Italy: first in 1829 and then again in 1830. The present work is said to belong to a group of works the artist executed on this journey across the coast, as he captured the picturesque towns of Honfleur, Le Havre, Trouville and Sainte-Adresse – as shown here. The works share the same modest scale, as well as a certain quickness of execution. All indeed, were sketches painted on panel or on paper, outdoors, in which Corot tried to translate the specific effects of the light reflecting on water, a colorful wonder bound to Normandy, which captivated so many artists before him and would continue to draw the new generation of Impressionists.

La Batterie de Sainte-Adresse is a testament to Corot’s fluid technique, and his mastery of color palette. It also shows how truly modern he was in his composition: here the scene reveals itself to us, plain and simple, without any props in the foreground or figures passing by in the distance to hinder the viewer’s perspective. Although one can surely identify the cannons in the foreground, the sailboat in the middle ground as well as the lighthouse far in the distance, the eye wanders and gets lost in the expressive brushwork and large swatches of plain, pure earthly colors, including this so-vibrant black, which Manet will so often use in his own marine years later.

Such early works surely had a profound influence on the next generation of painters, such as André Derain who personally owned this gem of a painting, and who looked at Corot as the Father of Modern Painting, who revolutionized the use and the scope of plein-air studies, complete in their own way, worthy of being studied and most importantly, signed.