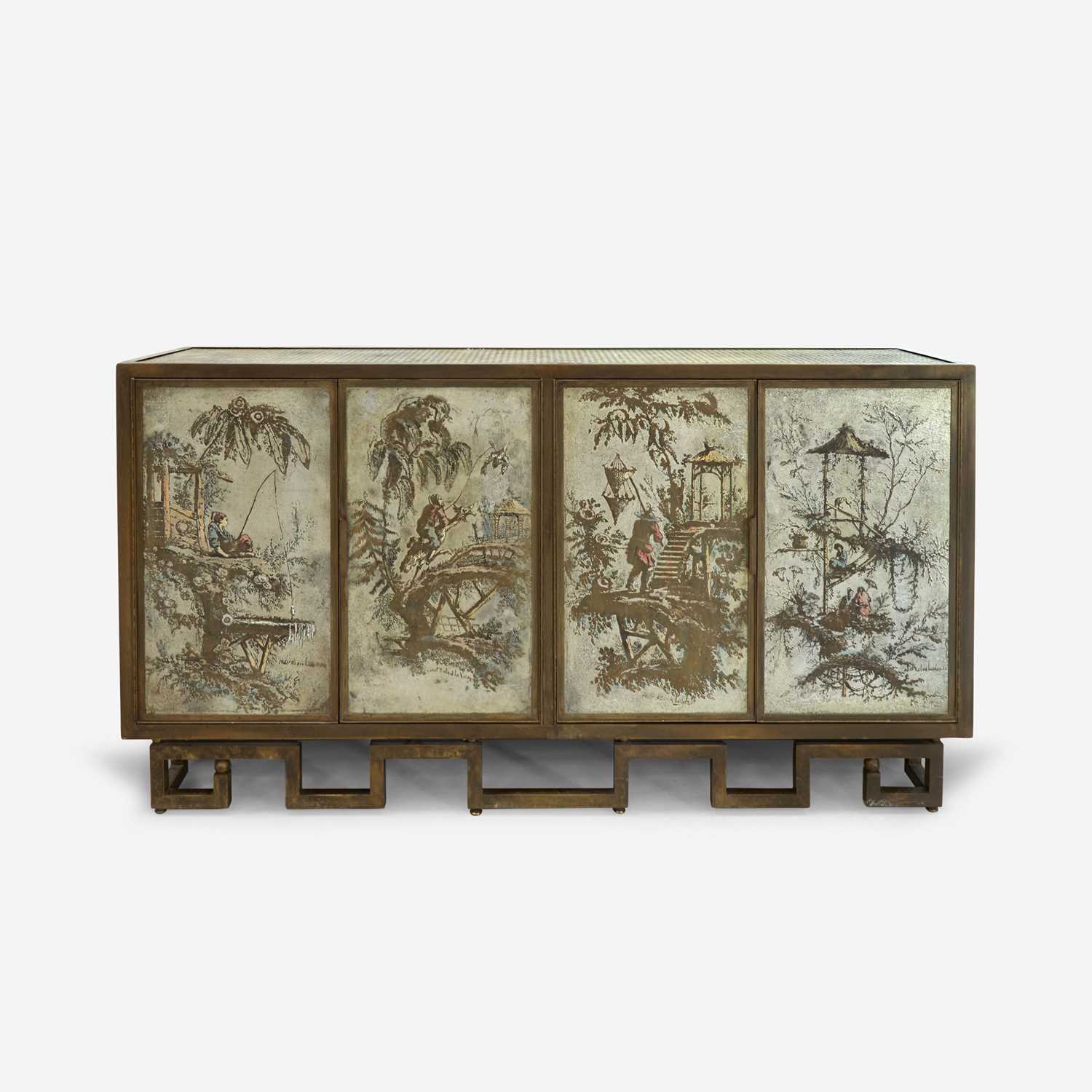 Philip and Kelvin Laverne, who operated out of a New York City-based studio, were a father-and-son duo of furnituremakers who designed and created furniture from the 1950s to the 1980s. Their distinct, intricate work—often rendered in bronze—were pieces of functional furniture, but doubled as one-of-a-kind works of art. Though both American, Philip and Kelvin were deeply influenced by Chinese artistry, culture, and tradition, as is evident in the many works of furniture they produced throughout their fruitful collaboration.

Freeman’s Design specialists have been able to secure numerous impressive results for work by Philip and Kelvin Laverne over the years, including a 2020 sale of a rare four-door “Chan” cabinet from the 1970s that achieved $43,750. A pair of “Eternal Forest” side tables made in their signature patinated bronze and pewter sold for $11,250 in 2015, and a circular “Chan” coffee table sold for $7,500—all results exceeding pre-sale estimates—in 2020.

Philip Laverne got his start as an artist at the Art Students League of New York before his son Kelvin was born in 1936; Kelvin went on to study at the Parsons School of Design. The pair began making work together in the 1950s and soon established a distinctive method of oxidizing bronze and pewter, one that took years of experimentation before perfecting. The chinoiserie motifs used by the Lavernes in a great many of their works of furniture and design found a strong American market in the mid-to-late 20th century, and interest in the works created by the pair endures today. Kelvin has continued to work under their shared name even after his father’s passing in 1987.