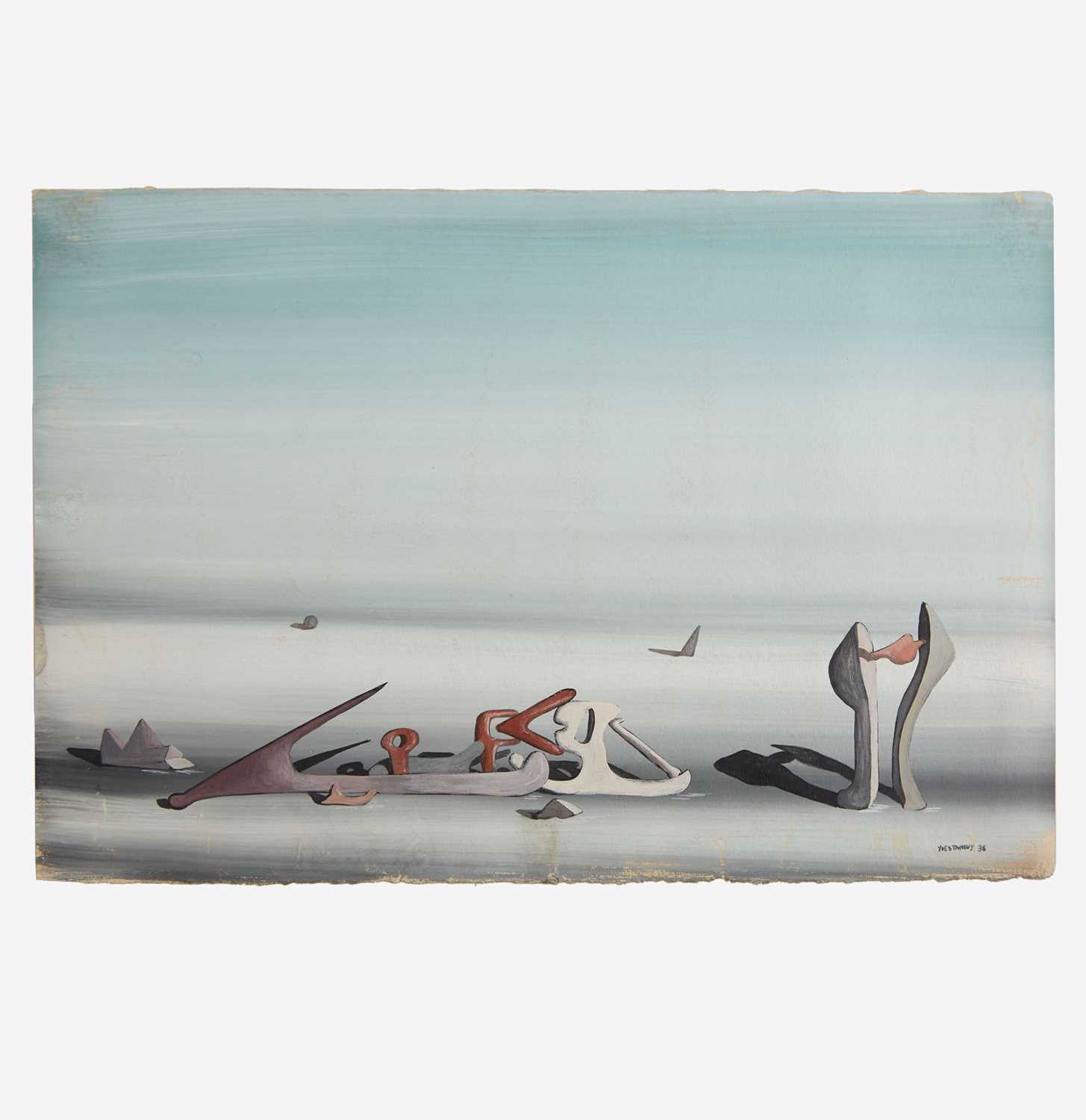 The vast, barren landscape and biomorphic forms of Composition Surréaliste are immediately recognizable characteristics of the Surrealist style of Yves Tanguy. His employment of a limited color palette and the otherworldly quality of this work further embodies the collective goal of the Surrealists, which was to capture the “actual functioning of thought” through images and to produce a new way of looking at the world.

Tanguy was first exposed to Surrealism in 1924, after reading André Breton’s publication La Révolution Surréaliste. Breton, one of the pioneers of the Surrealist movement, recognized Tanguy’s talent and welcomed him into the group the following year. By disregarding traditional artistic values, and championing the theories of Karl Marx and Sigmund Freud, members of the Surrealist movement hoped to liberate the unconscious. Through their psychological, dreamlike art, they expressed freedom of the mind and promoted a utopian society, thereby challenging convention and encouraging a social and moral revolution against controlling institutions like the state and religion.

The alien landscape and abstract organic shapes of this charming gouache, Composition Surréaliste, encourage introspection and stillness - qualities often found in Tanguy’s works. Paul Eluard addressed this empty stillness in his poem, which was dedicated to Tanguy, with the following: "From the ends of the earth to the twilight of today/Nothing can withstand my desolate images."