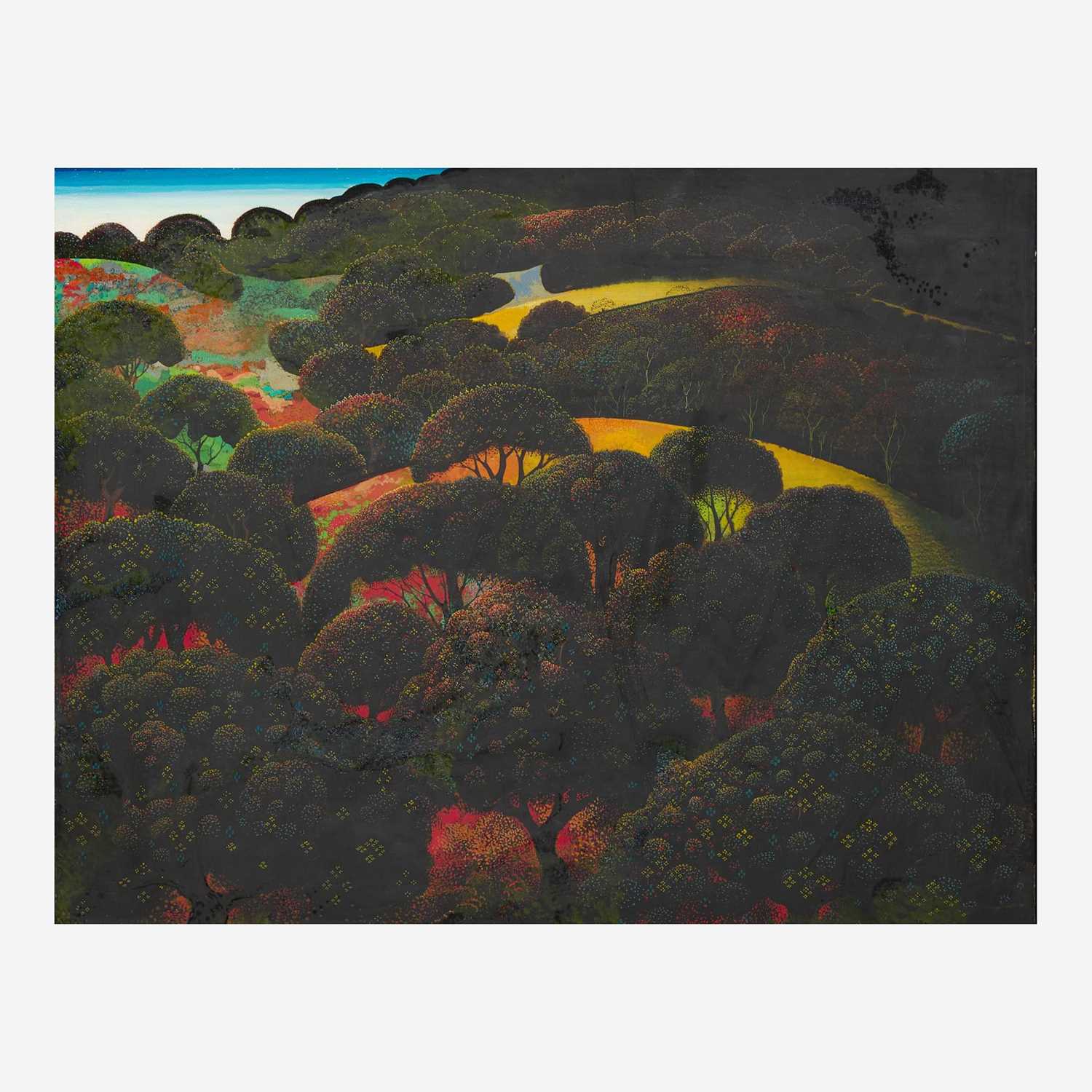 Hammer Galleries, New York, New York.
Acquired directly from the above in 1979.
Collection of Mr. and Mrs. Arnold and Sandy Rifkin, Wilkes-Barre, Pennsylvania.

Hammer Galleries, New York, New York.
Acquired directly from the above in 1979.
Collection of Mr. and Mrs. Arnold and Sandy Rifkin, Wilkes-Barre, Pennsylvania.

Eyvind Earle began painting at a young age and had his first solo show in Paris at the age of fourteen. Often depicting simple imagined landscapes with deep rich tones, he established a career as a painter and illustrator working for Disney animations. He received a lifetime achievement award in 1998 and was inducted as a Disney Legend in 2015 for his work on Peter Pan, Lady and the Tramp and most notably Sleeping Beauty, for which he was responsible for the overall predominant style, background, and coloring. Earle returned to painting in 1966 producing oils, watercolors, sculptures and more. In May 2017 an eight month retrospective on his work titled "Awaking Beauty: The Art of Eyvind Earle" was held by The Walt Disney Family Museum. Earle passed away in 2000.

Arnold and Sandy Rifkin bought their first four oils by Eyvind Earle while on a trip to Solvang, California, where they were introduced to the artist and his wife, Joan. Their collection grew until the tragic date of June 23, 1972, when their Wilkes-Barre home was hit by Hurricane Agnes and destroyed several of Earle's works displayed on the ground floor of the house. As part of rebuilding their art collection,the Rifkins and their daughter attended an exhibition of Earle's new work at Hammer Galleries in New York in 1979, and purchased twelve of his paintings. At that time, and for a significant moment, Arnold and Sandy Rifkin simply held the largest collection of Eyvind Earle's in the country totaling just under thirty pieces!