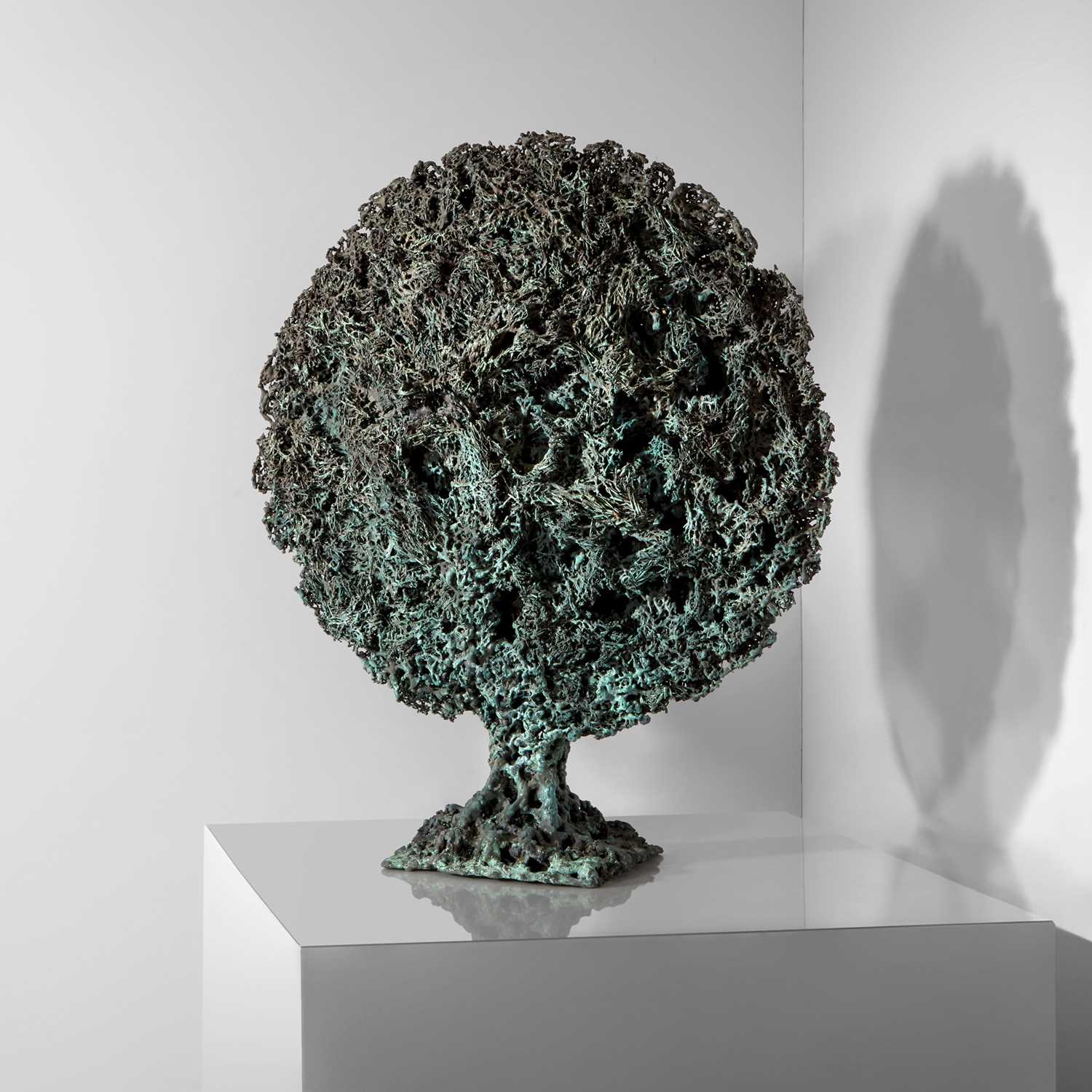 Two exquisite Harry Bertoia sculptures from the Lee Collection serve as a testament to the couple’s support of important 20th century designers, particularly those like Bertoia with deep Pennsylvania ties. The artist and designer displayed a larger version of the circular sculpture (Lot 37), entitled Fiery Circle, outdoors on his Pennsylvania property for decades. Created of thin bronze and copper wires brazed together, the work is a very rare and unusual form for Bertoia and is a testament to his ongoing experimentations with metal working techniques. The Untitled (Tonal Sound Sculpture) (Lot 38) stands as a quintessential Bertoia sonambient piece, with rich tonal quality as well as striking form. Both works exemplify Ms. Lee’s dedication to collecting fine design, as well as the solidity and power of Bertoia’s mature work.