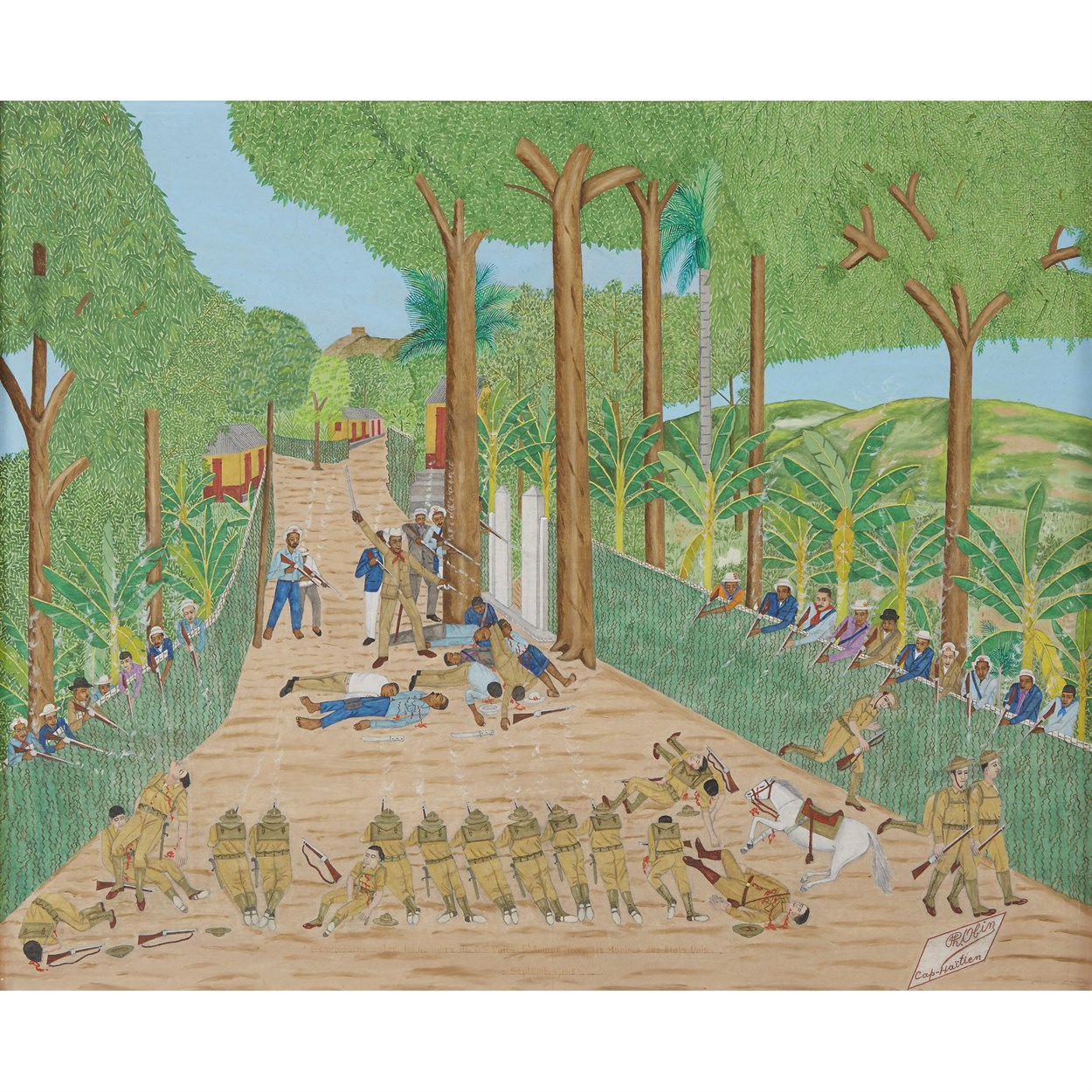 Provenance: The Artist.
Collection of Mr. and Mrs. Richard E. Oldenburg, New York, New York (acquired directly from the above circa 1980).

Provenance: The Artist.
Collection of Mr. and Mrs. Richard E. Oldenburg, New York, New York (acquired directly from the above circa 1980).

The present work depicts a battle that took place between the United States and Haiti in September of 1915, several months into the American occupation of the island nation. The occupation, which had officially begun in July of the same year, was met with resistance by many Haitian people. A counter-insurrection, known as the Cacos Rebellion and led by Pierre François Joseph Benoit Rosalvo Bobo, ensued and continued until November 17, 1915, when the United States ultimately defeated the Haitian forces. However, the present work appears to depict a battle in which the outcome is as of yet, unresolved. Many of the khaki-clad United States soldiers in the foreground are wounded or dead, with Haitian soldiers surrounding them. A figure at center left wields a sword above his head, in an apparent gesture of defiance in the midst of a grisly confrontation.