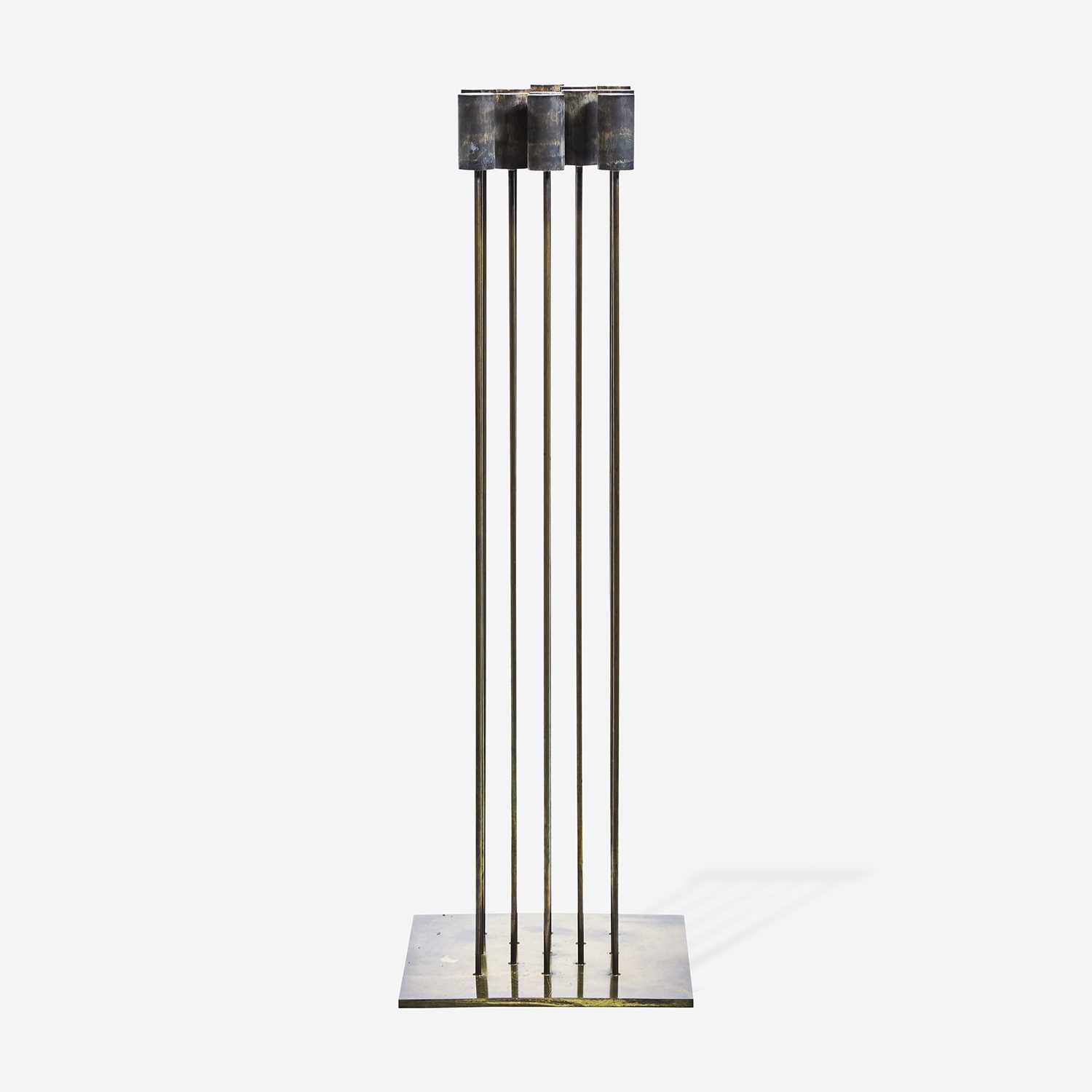 This lot is accompanied by a certificate of authenticity issued by the Harry Bertoia Foundation, signed by Celia Bertoia, Director, and dated September 28, 2021 and will be included in the upcoming catalogue raisonné of the artist's work.

Born in San Lorenzo, Italy, the innovative furniture designer Harry Bertoia was a student at the Cranbrook Academy of Art in Michigan, where he founded the metalworking department. At Cranbrook, Bertoia was introduced to chair design when Eero Saarinen and Charles Eames won the Organic Furniture Design Competition; Bertoia and Eames began to work together in the 1940s, with much of the design of the now-famous Eames chairs created by Bertoia himself—although no recognition was rewarded. Bertoia moved to Pennsylvania in 1950, where he remained until his passing in 1978.

Many Philadelphia and Pennsylvania collectors have a deep familiarity with Bertoia’s work because of his studio’s proximity to the city, naturally bringing both consignors and potential buyers to Freeman’s. Within Freeman’s long track record of presenting Bertoia’s work at auction, there are several standout successes, including the 2007 sale of Bertoia’s Sound Sculpture, which exceeded its pre-sale estimate by almost four times to achieve a remarkable $305,000. Sea Anemone (Bush), a small bronze sculpture, sold for $137,500 in 2016; a similar work, Untitled (Double Bush Form) achieved $125,000 in 2020.

After moving to Pennsylvania and opening his studio, Bertoia began designing wire pieces that came to be known as the Bertoia Collection, including his famous Diamond Chair, produced from polished steel wire—a major part of the mid-century modern furniture movement. His artistic output ranged widely; he was also a jewelry designer and printmaker. Later in his career, Bertoia became fascinated with the different textures and sounds he could create with metal by altering its length, shape, and density; he remains renowned for his later “sonambient” or sound sculptures—works of varying sizes (some up to twenty feet tall) made of beryllium, copper, bronze, and brass, some topped with cattail-like cylinders. Bertoia would use these works to perform concerts and make albums; he also created sculptures in the form of bushes, dandelions, and sunbursts. Bertoia continued to craft these sculptures up until his death in 1978.