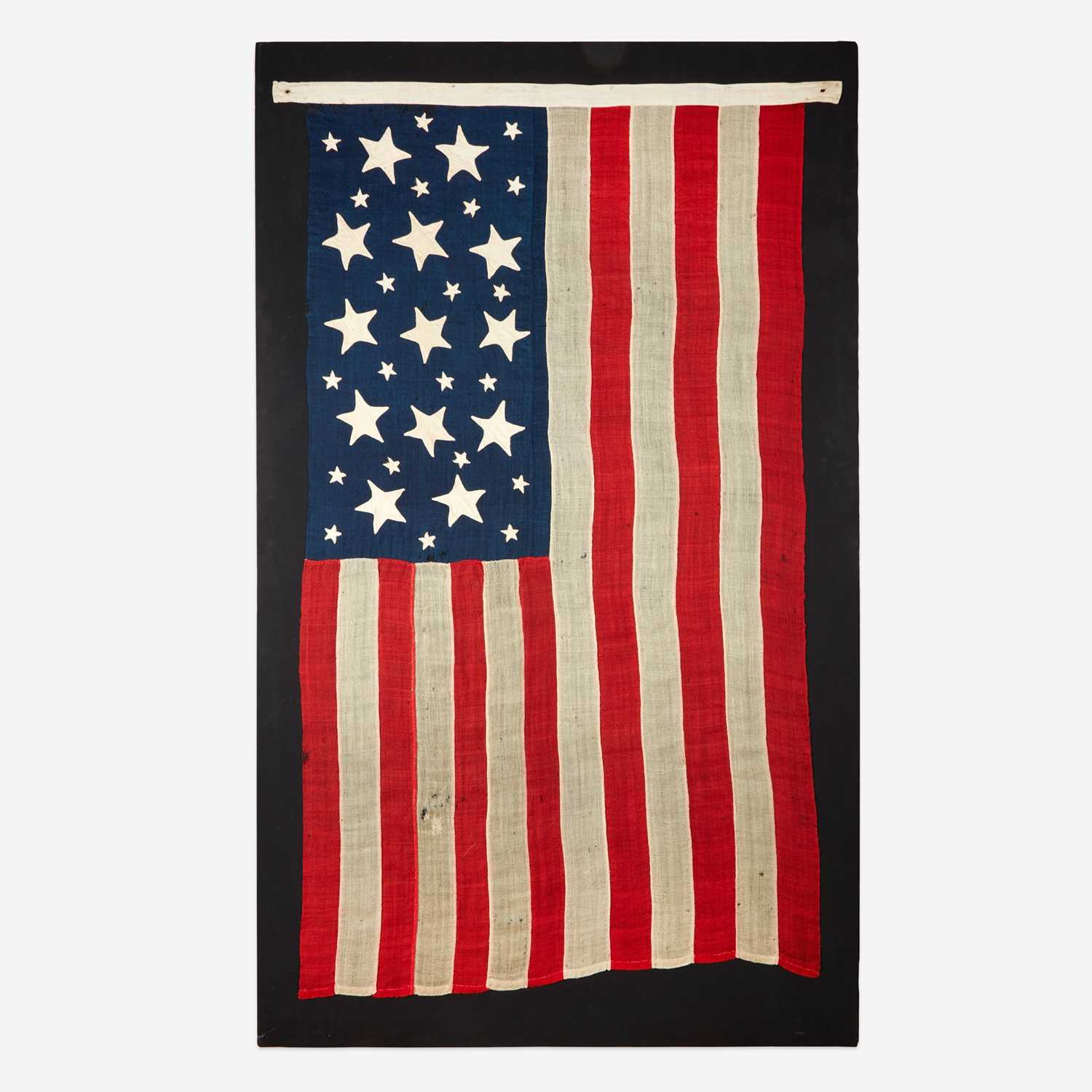 The early bunting, hand-stitching and arrangement of stars in an oval of 10 stars enclosing three centered stars, strongly suggest that this flag was made to commemorate the Marquis de La Fayette's tour of the United States in 1824. The flag was likely updated with the addition of 21 smaller stars circa 1861 to commemorate Kansas Statehood.