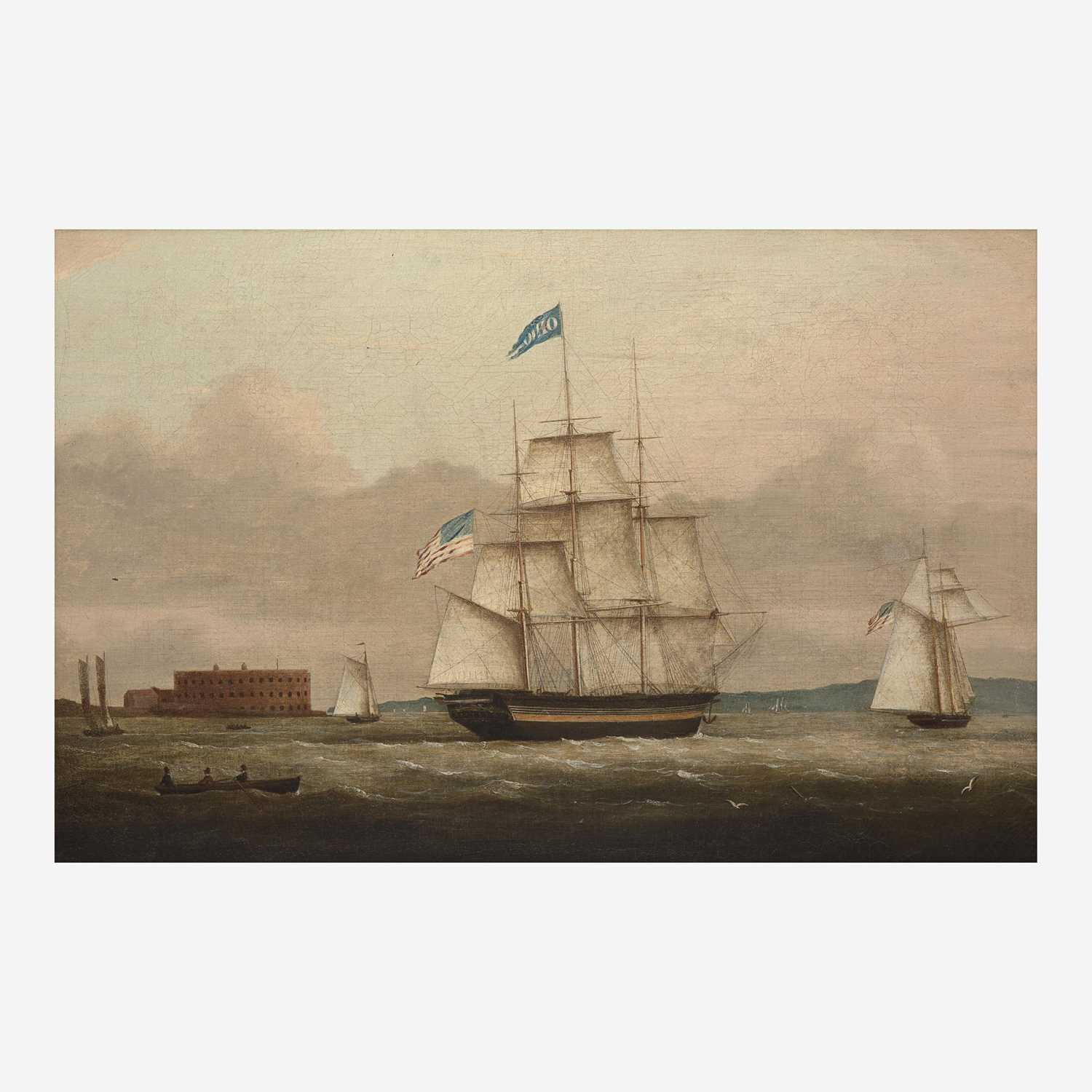 The Ohio was a bark and packet ship of 373 tons exactly, built and owned in 1830 by Joseph Holmes from Kingston, Massachusetts. The ship occupies an important place in Philadelphia Maritime history, as it often ran between Philadelphia and European ports in the 1830s. Captain John Patterson Levy debuted his commandment on the Ohio at the young age of 21. Another portrait of the transatlantic ship, executed by Thomas Birch, is in the collection of the Philadelphia Maritime Museum in Center City.