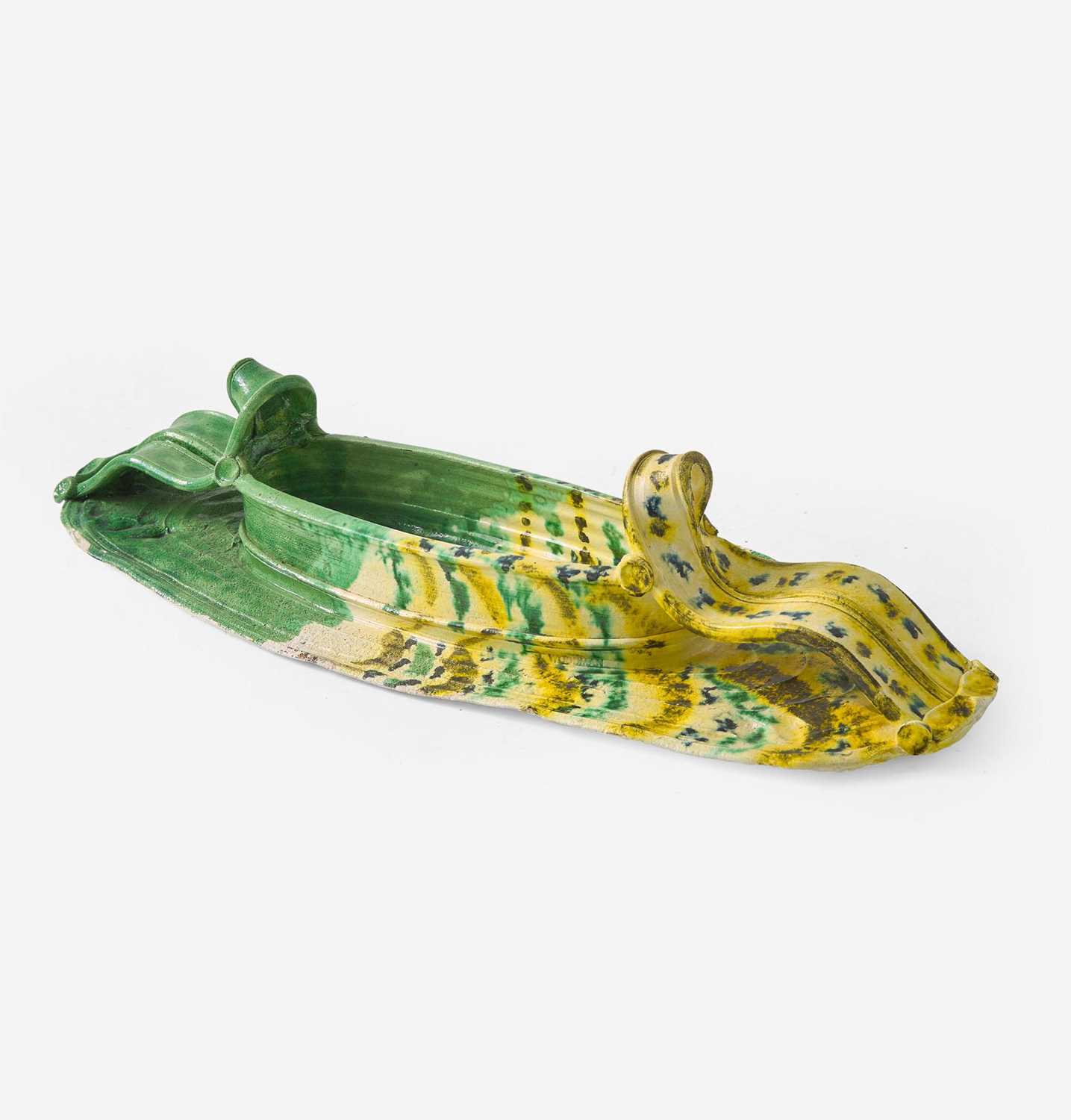 Glazed earthenware
Stamped to side of basket body: "Woodman"

Glazed earthenware
Stamped to side of basket body: "Woodman"

Elizabeth "Betty" Woodman was born in Norwalk, Connecticut in 1930. She graduated in 1950 from the School for American Craftsmen at Alfred University with a major in ceramics. At different periods she lived, worked, and taught in both in Florence, Italy and Boulder, Colorado. From 1978 to 1998 she was a professor of art at the University of Colorado, Boulder. She received fellowships from the National Endowment for the Arts in 1980 and 1986, and has also been a guest artist at the experimental atelier of the Manufacture National de Sevres in France. In 2006 the Metropolitan Museum of Art held a restrospective of Woodman's work, the first such retrospective for a living, female ceramicist. Works by Woodman are held in numerous important public and private collections including the Metropolitan Museum of Art, the Museum of Modern Art, the Musée des Arts Décoratifs, the Whitney Museum of American Art, the Philadelphia Museum of Art, the Victoria and Albert Museum, the National Gallery of Art, and others.