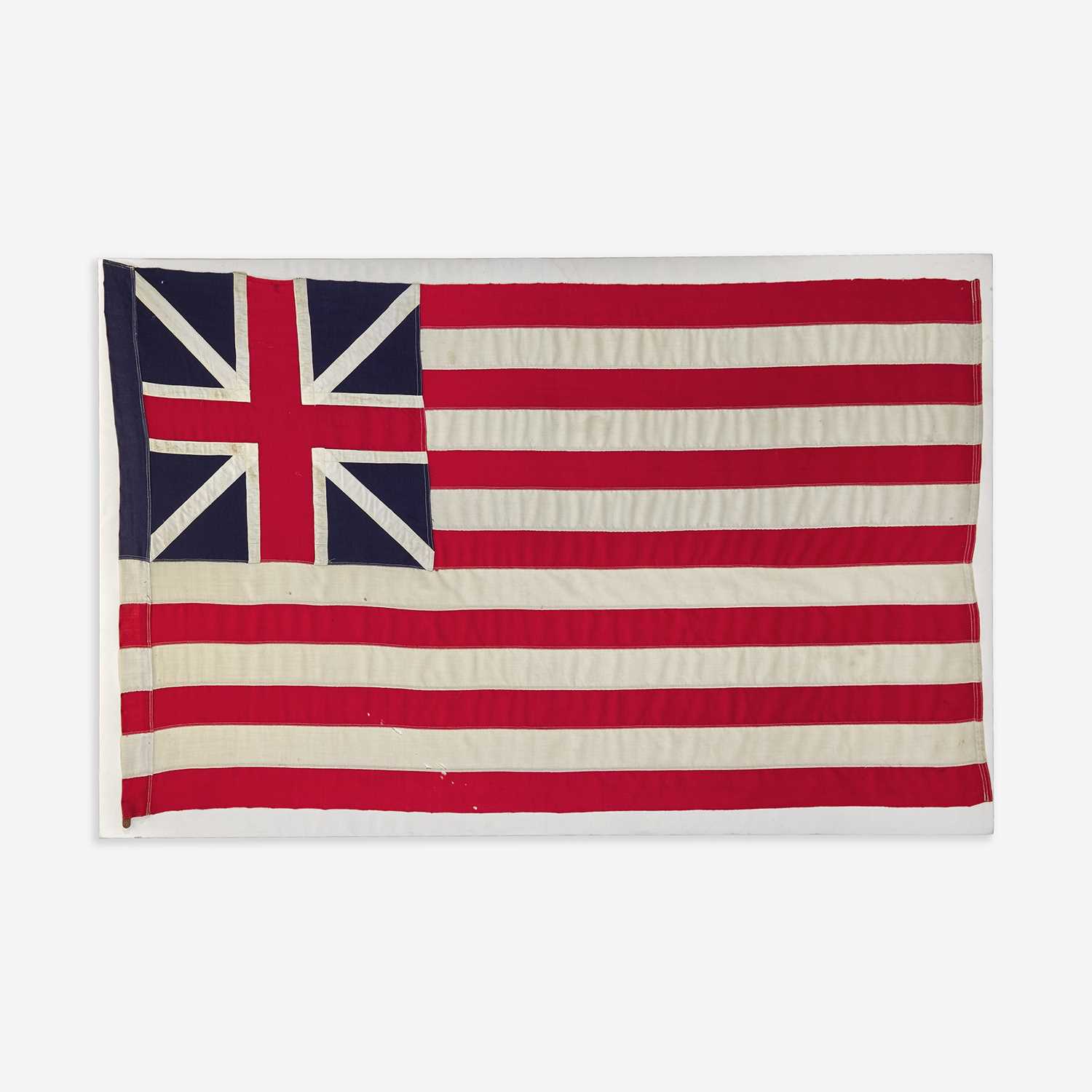 With a canton derived from the British Union Jack and thirteen stripes to represent each of the North American colonies, the Grand Union Flag is considered the first, though unofficial national flag of the United States. It was used briefly as a naval ensign during the War of Independence from 1775 to 1777, purportedly first raised on the war ship Alfred on the Delaware River at Philadelphia by John Paul Jones.