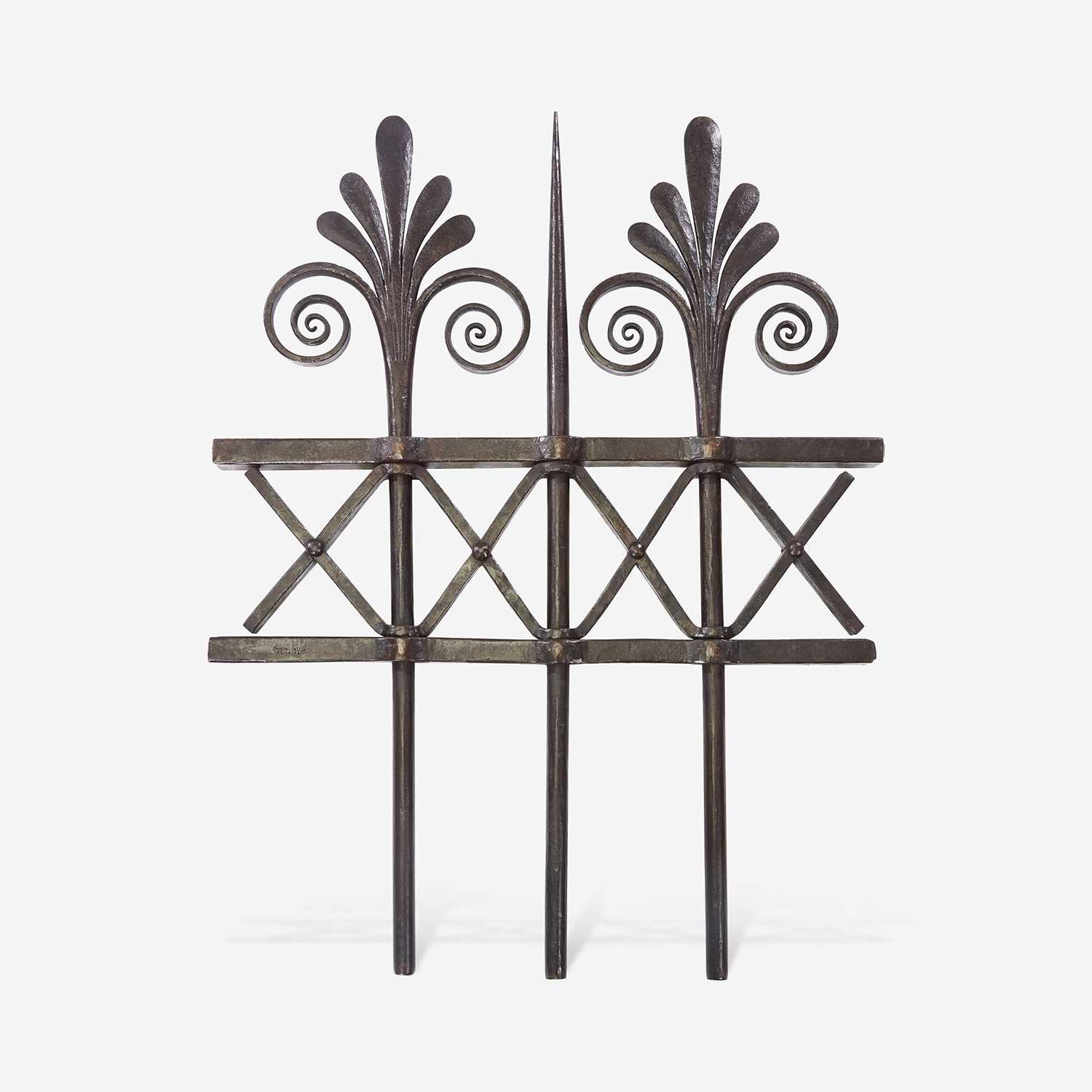 The artist
Thence by descent to Private Collection, Philadelphia, Pennsylvania.

The artist
Thence by descent to Private Collection, Philadelphia, Pennsylvania.

This “sketch in iron” was for an unrealized commission for the Philadelphia Museum of Art, which was under continuous construction between 1919 and 1928. Surviving shop and presentation drawings housed at the University of Pennsylvania’s Architectural Archives indicate that this sketch was designed and fabricated between February 19 and February 25, 1924 (see lot images for a copy of the final presentation drawing from February 25, 1924, courtesy of the archive). It is a section of the overall design, for a ground floor exterior window guard.

The Museum ultimately commissioned Tiffany Studios to design its exterior ironwork in late 1924, leaving this sketch as the lone surviving three-dimensional artifact of Yellin’s design. Despite not winning the commission, Yellin remained close to many of the Museum’s leaders, including longtime director Fiske Kimball and donor Mary Louise Curtis Bok. He later served as a departmental advisor for historic metalwork, and brokered a series of acquisitions on behalf of the Museum.