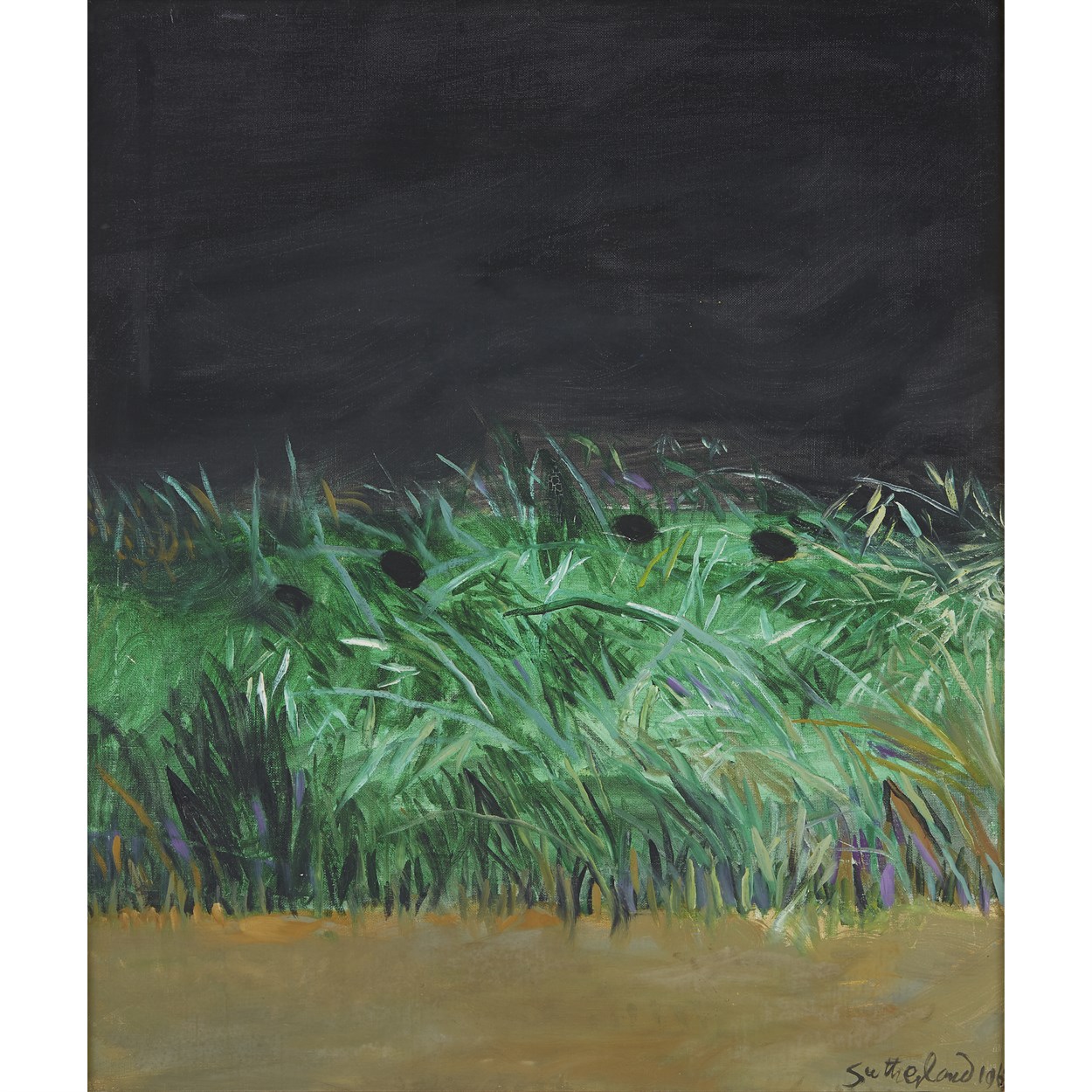 British artist Graham Sutherland once said: "The moment of seeing is often fleeting and I will see something which fascinates me, but if I have not had time to make a note at the moment of recognition, it may be useless to me to return… the flash of recognition has passed… It is the element of the accident and the accidental encounter which is important."(1) This "flash of recognition" encapsulates Sutherland's work succinctly, whether regarding his landscapes, portraits or religious paintings, he managed to convey a way of being that delves deep into the character of the person or place.

During Sutherland's early years he was drawn to printmaking. Later, employed as an artist during the Second World War, he recorded bomb damage in Wales in a series of desolate, unpopulated paintings entitled Devastation. After the war, he turned to a Surrealist style of landscape painting, while also engaging religious subjects, culminating in a large-scale tapestry project for the new Coventry Cathedral in 1962. A friendship with W. Somerset Maugham prompted experimentation with portrait painting in 1949, which led to a lifelong occupation as unofficial portrait painter to English aristocrats and business people. (His now infamous portrait of Winston Churchill was despised by the leader and later destroyed.)