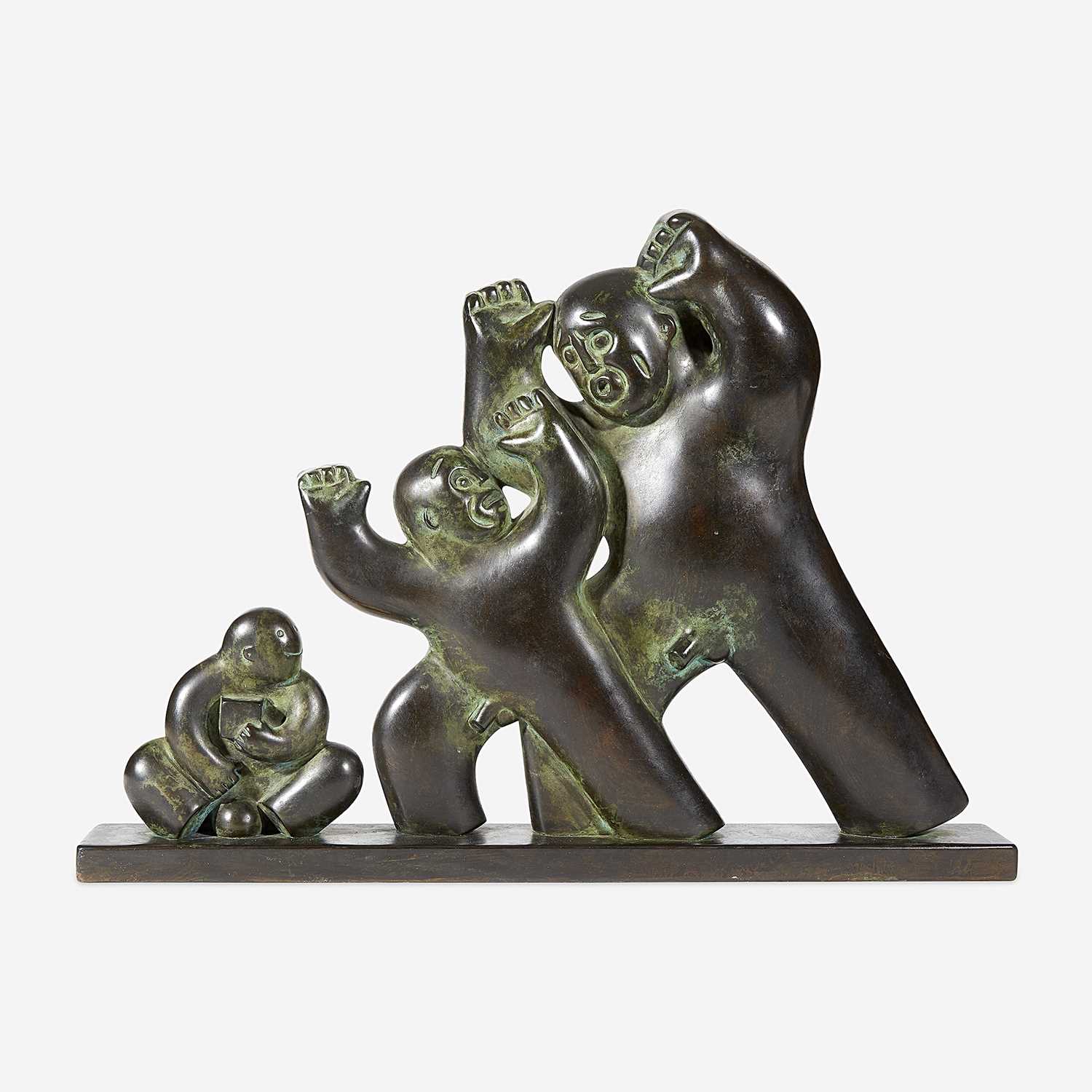 Incised with initials, dated 1984, numbered 1/3 and with the Tallix Foundry stamp, Beacon, New York on base. Bronze.

Incised with initials, dated 1984, numbered 1/3 and with the Tallix Foundry stamp, Beacon, New York on base. Bronze.

The figures in a Tom Otterness sculpture, whether five inches tall or monumental in scale, appear to be cheerful cartoon characters but are often engaged in scenes exploring issues of capitalism, class, race, and sex. In Angry Father from 1984, the stylized father bears down on a standing child, apparently hollering and threatening, while the baby on the left watches with a smile. The work poses more questions than answers - about family dynamics, power structures, societal expectations - and does so under the guise of a morning cartoon, with exaggerated postures and clownish faces. Since the 1970s, Otterness has been exploring this kind of cultural conflict in his works of sculpture, commissioned public art, and conceptual film. His work is found in the collections of the Whitney Museum of American Art, the Museum of Modern Art, New York, and Broad Foundation, Los Angeles, and the San Francisco Museum of Modern Art.