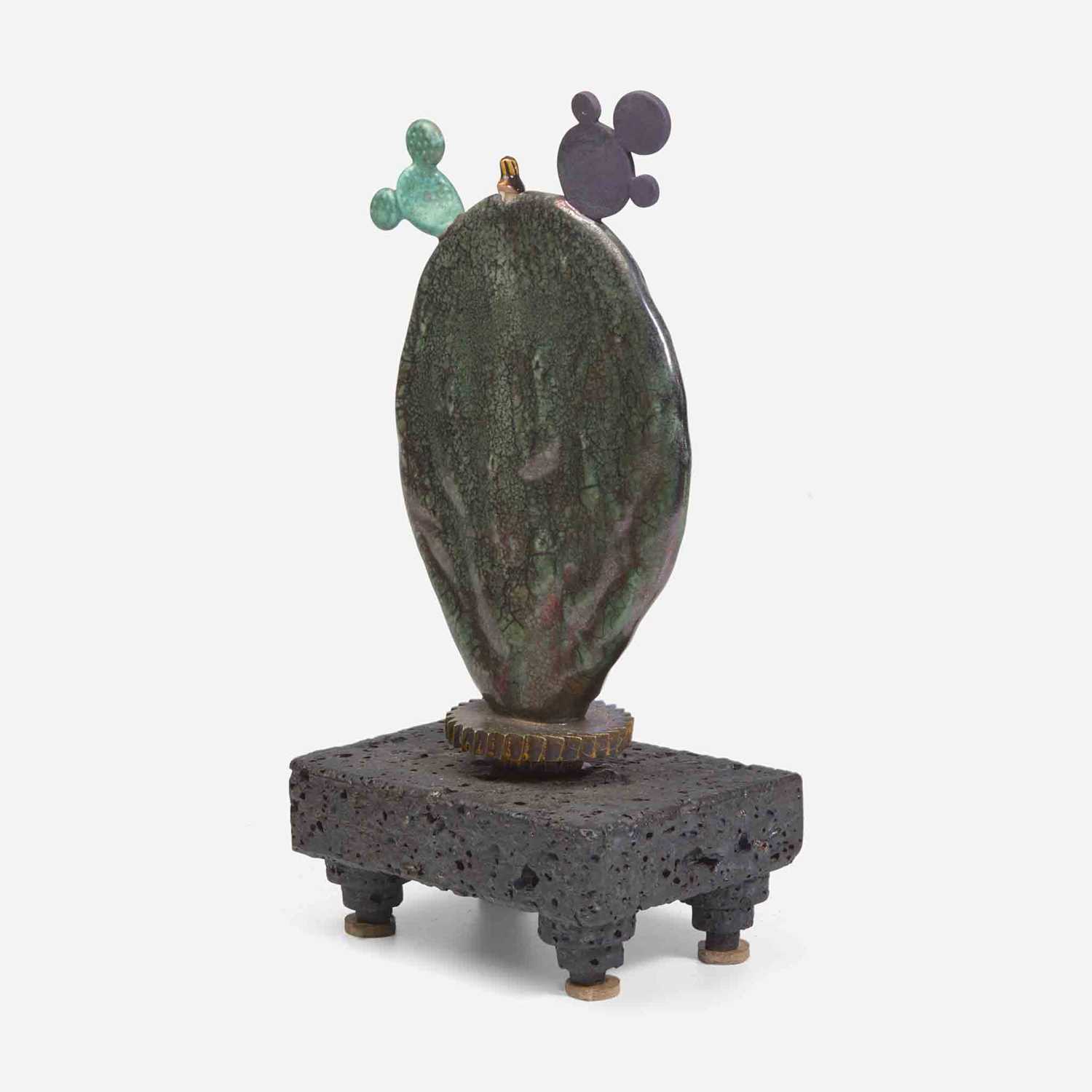 Adrian Saxe was born in February 1943, in Glendale, California. Saxe received his BFA from the California Institute of Arts in 1974. He served as a professor of art for 45 years at the University of California, Los Angeles and retired in 2018. The ceramicist was a resident of the Manufacture Nationale de Sevres, and a recipient of National Endowment for the Arts Fellowship (1986) and a Guggenheim Fellowship (2002). In 1993, Saxe was the subject of a major retrospective exhibition at the Los Angeles County Museum of Art entitled “The Clay Art of Adrian Saxe”. Saxe’s work can be found in the permanent collections of the Metropolitan Museum of Art, New York, New York the de Young Museum, San Francisco, California the Museum of Fine Arts, Houston, Texas the Shigaraki Museum in Japan, and the Los Angeles County Museum of Art, Los Angeles, California.