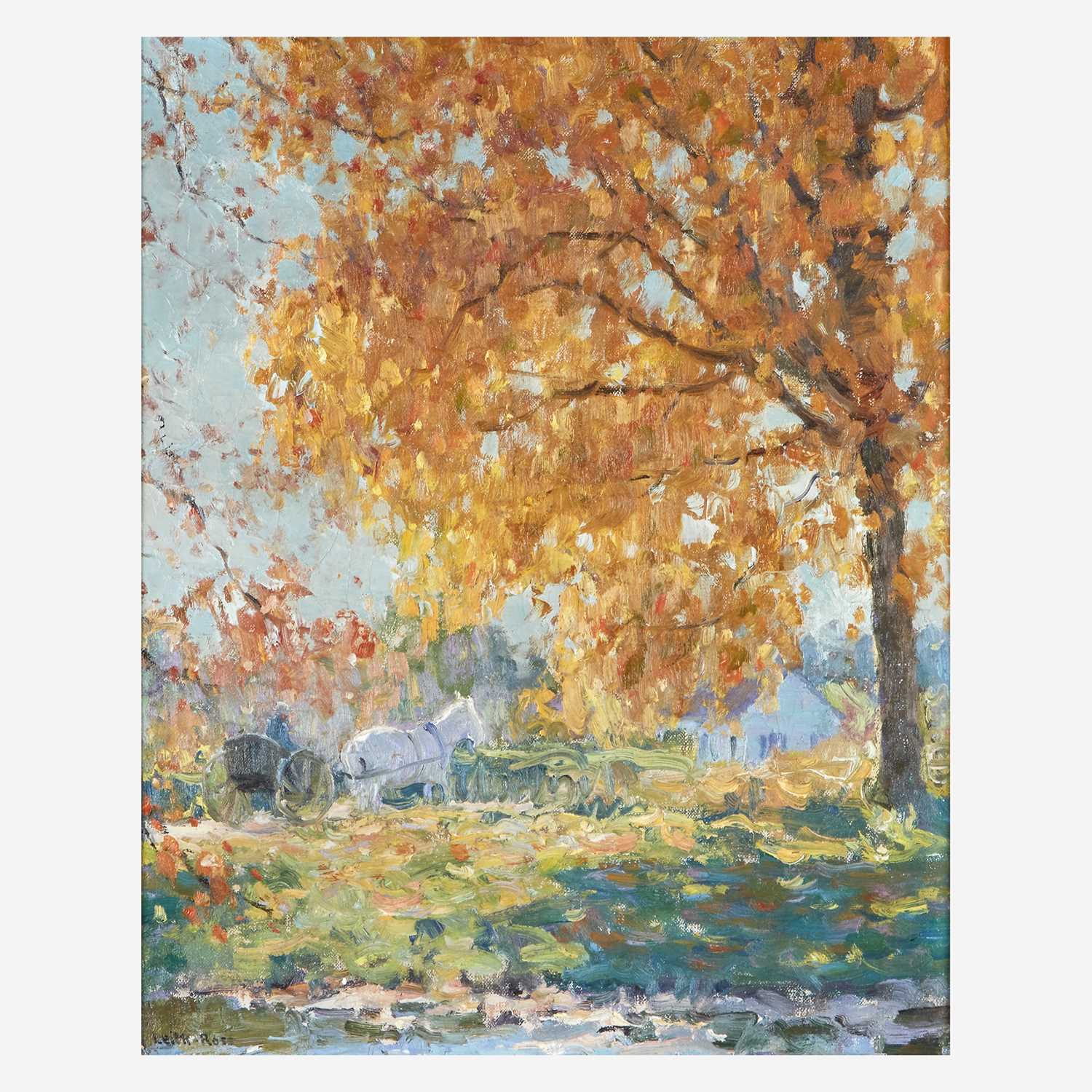 The present painting depicts a local doctor who performed home visits in Bucks County on a horse-driven cart. Leith-Ross and his wife moved to the area in June 1935, following the advice of the artist's best friend and colleague, John F. Folinsbee.The artist was in awe of the beauty and serenity which the locale offered, as opposed to Woodstock in New York, which grew too noisy and crowded for him. Instead of the other impressionists who often painted in or near New Hope, Leith-Ross almost always preferred to settle his easel on the other side of the river, in Lambertville, where the present work may have been completed.