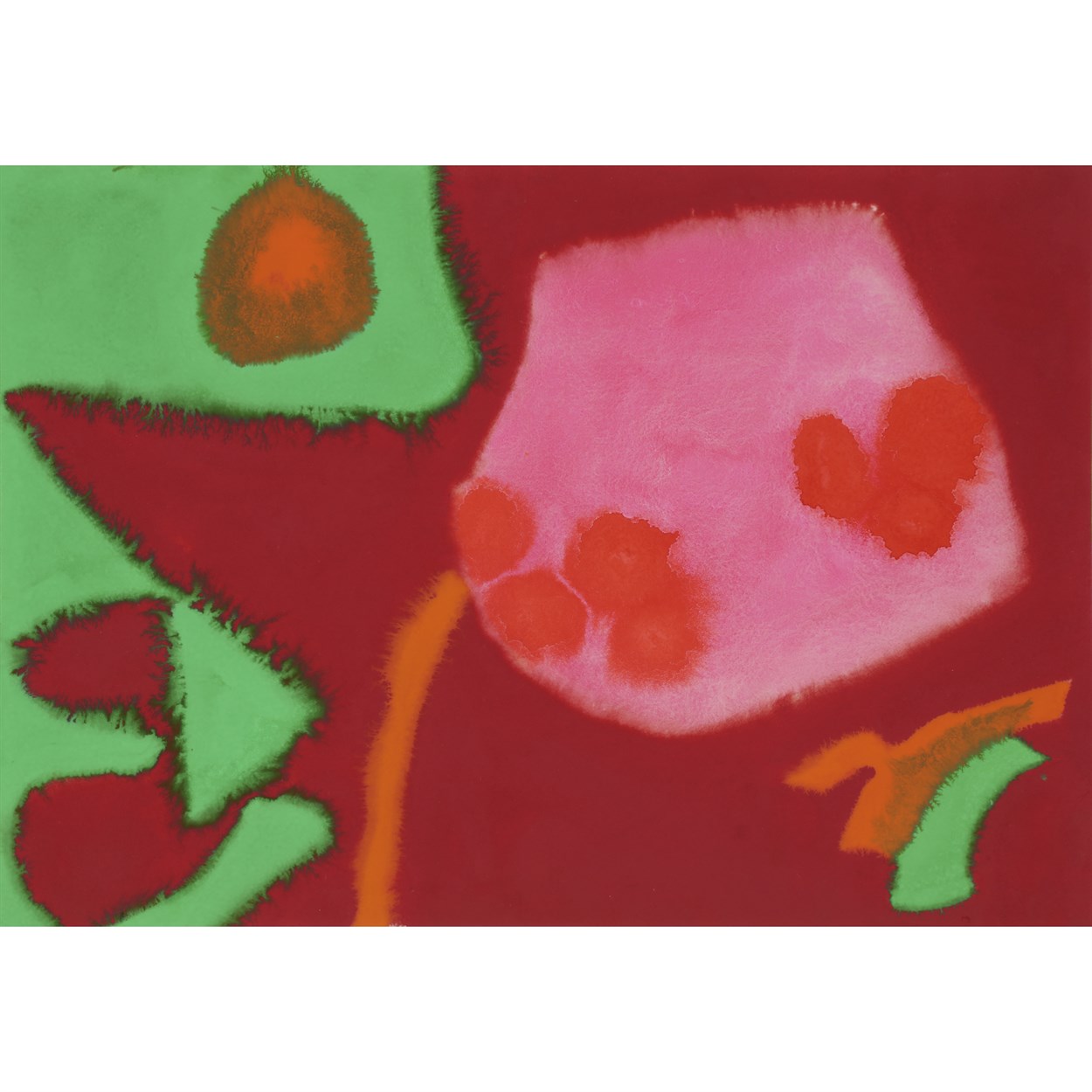 Not many contemporary artists are influential painters as well as renowned art critics, but British painter Patrick Heron was both. With the particular insights of a painter, Heron was able to elucidate a mid-century moment of Abstraction that was quintessentially British. His own artistic production found its roots in the color and structure of the French artists he admired, including Cézanne, Matisse, Braque and Bonnard. He later moved into an all-over abstraction that was inspired by the garden he saw out his window every day. After the sudden death of Heron's wife in 1979 he ceased paintings for some time, picking up again with great fervor and periods of prolific creation in the 1980s. The present gouache is from this time of great productivity, when Heron's mature style, with its blocks of vivid color and stirring emotional impact, are at their height.