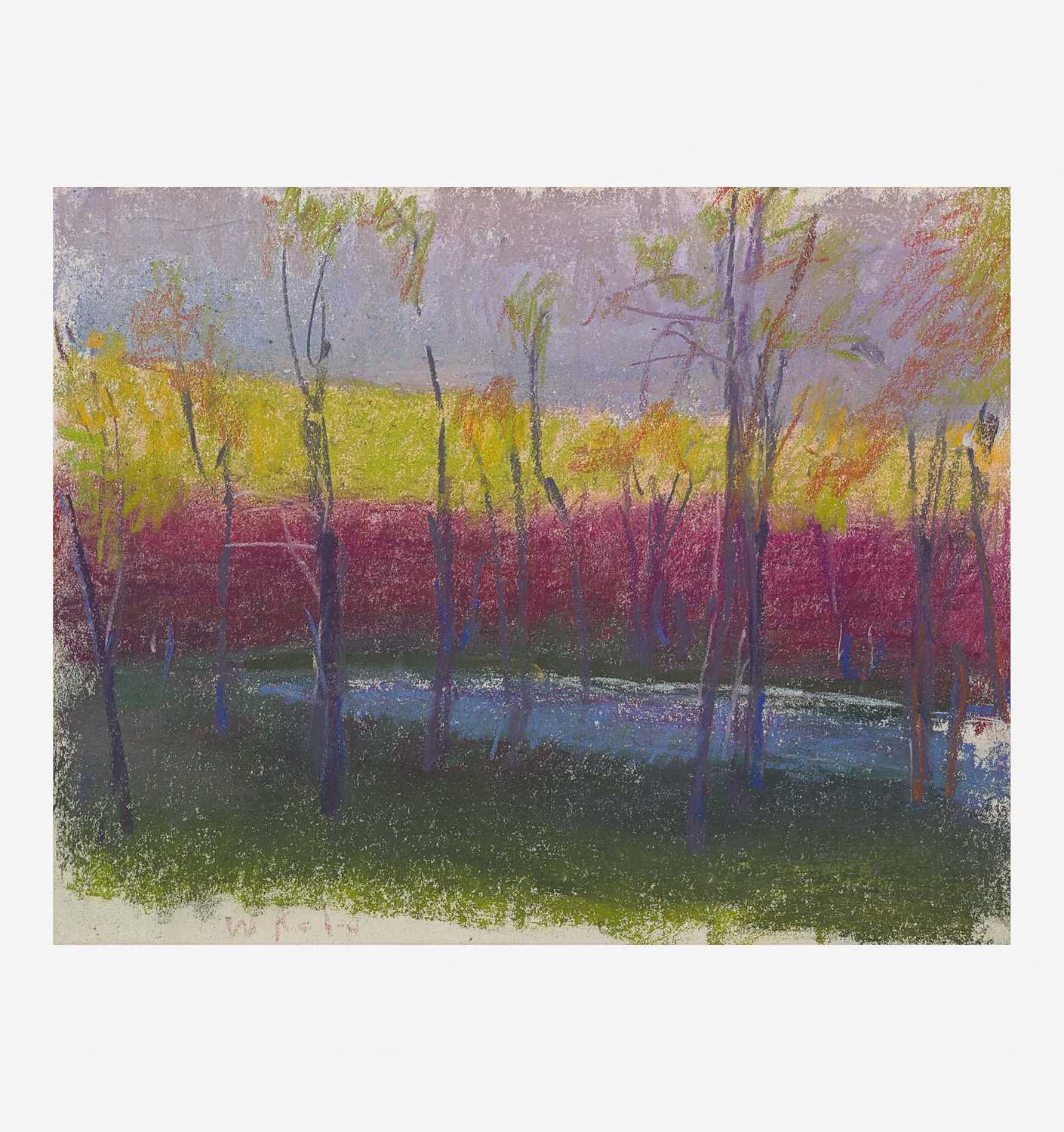 Discussions around Wolf Kahn’s paintings often pose the question of whether they should be categorized as representational or abstract. Although some representative elements are typically present - a line of trees or a perhaps a distant horizon - Kahn’s work tends to capture the feeling of nature, the impression of a moment in time rather than an exact depiction. In describing his stance on color and composition, Kahn once stated, “the artist’s alertness to the coloristic demands of each picture, the ability to respond to the picture’s needs, to feed the color until its appetite is satiated: these are the true measures of a colorist’s talent.”

Pastel in particular, due to its heavy concentration of pigment, served as a primary medium for Kahn to explore his relationship with color. In the present work, bright yellow is contrasted by magenta, with pops of an electric blue occasionally present in the tree trunks scattered through the composition. The result is highly emotive and energetic, as though heat is radiating off of the paper and into the viewer’s space.