A French Gothic carved limestone portal figure fragment of a head of a queen
Possibly from the Portal of Sainte-Anne, Notre-Dame de Paris, second half 12th century 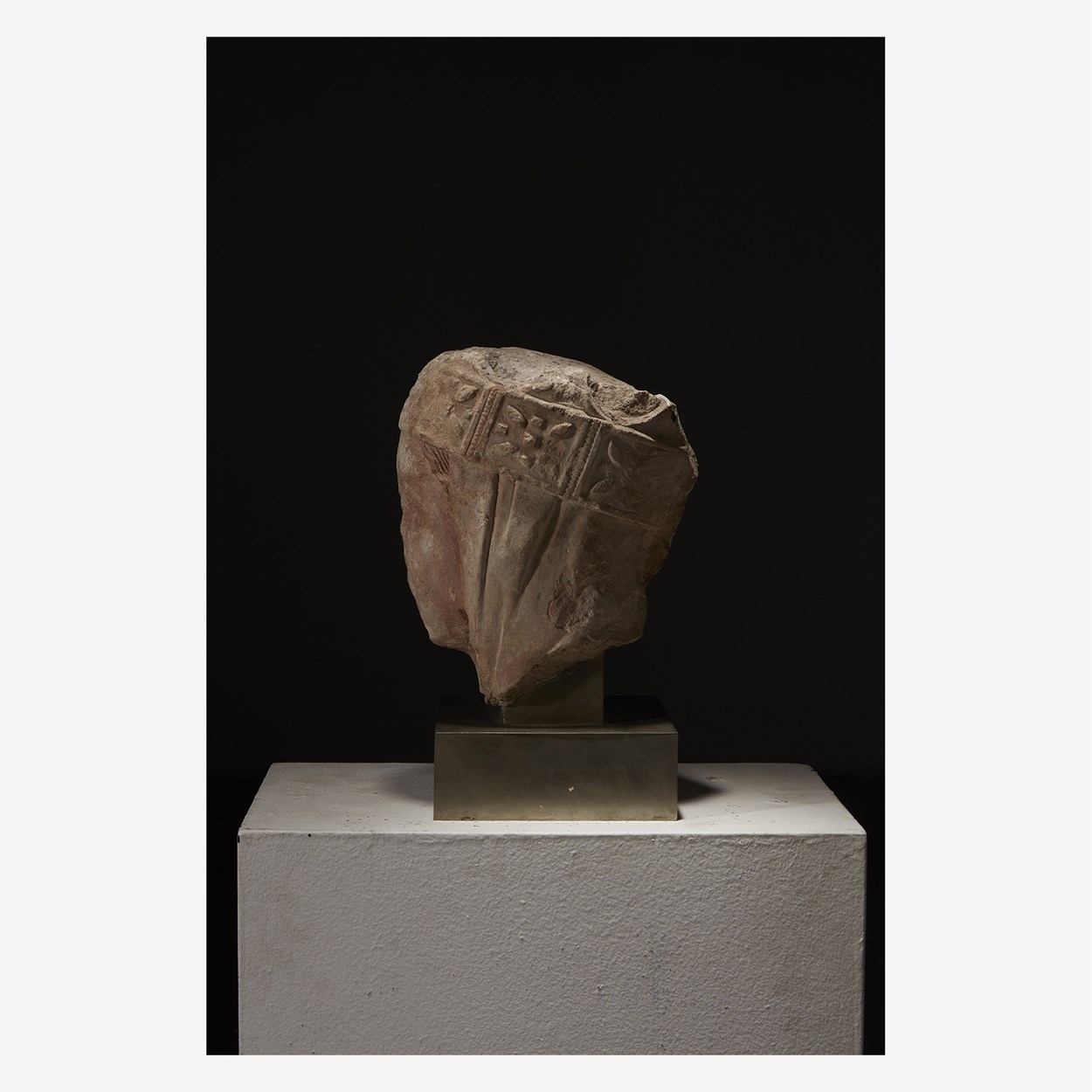 A French Gothic carved limestone portal figure fragment of a head of a queen
Possibly from the Portal of Sainte-Anne, Notre-Dame de Paris, second half 12th century

In a 2011 evaluation, Théo-Antoine Hermanès, the noted Swiss medievalist and conservator, suggested that this fragmentary head of a queen from a portal column, acquired from the illustrious gallery of Jacqueline Boccador in Paris, may be a remnant from a violent bout of iconoclasm against Notre-Dame de Paris.

One of the earliest and arguably best-known Gothic structures, Notre-Dame de Paris was begun around the year 1163. The the victim of numerous indignities over the course of its nearly 1,000-year life, among the most devastating was the systematic destruction of its figural iconography during the Reign of Terror, the most brutal years of the French Revolution, from 1793 to 1794. In a gross misinterpretation of the many Biblical kings and queens inhabiting the portals and galleries of its edifices, the Revolutionaries read them as symbols of the historic kings and queens of France. In an anti-monarchial act of desecration, the Revolutionaries first defaced the figures’ noses and mouths in a silencing measure, and then decapitated them. The detritus from this rampage was left in the parvis of Notre-Dame until 1796, when the pieces were gathered and mixed with rubble and lime to rebuild the foundations of post-Revolutionary Paris.

The present lot is carved of the warm gray limestone quarried in the Ile-de-France region. Her almond-shaped eyes with small pierced pupils and without caruncle or rounded sclera, and her royal dress characteristic of the second half of the twelfth century, are all indicative of the unique sculptural vernacular in and around Paris from about 1160 to 1200. Her nose and mouth deliberately targeted—with chisel marks still visible—and the clean break of her neck suggest a calculated attack. As no other structures built during this period and region–Chartres, Senlis, Sens, among others—suffered this precise Revolutionary violence, it is likely that this head of a queen may in fact be a relic from the original sculptural agenda of Notre-Dame. The north portal of Saint Anne on the western façade, which was the earliest to be completed around the time this head was carved, was known to be decorated with two queens among its column figures. A layer of white lime still detectable on the surface of the head further supports this theory.

This lot is sold together with a copy of Mr. Hermanès' analysis, which may also be reviewed upon request prior to the auction.