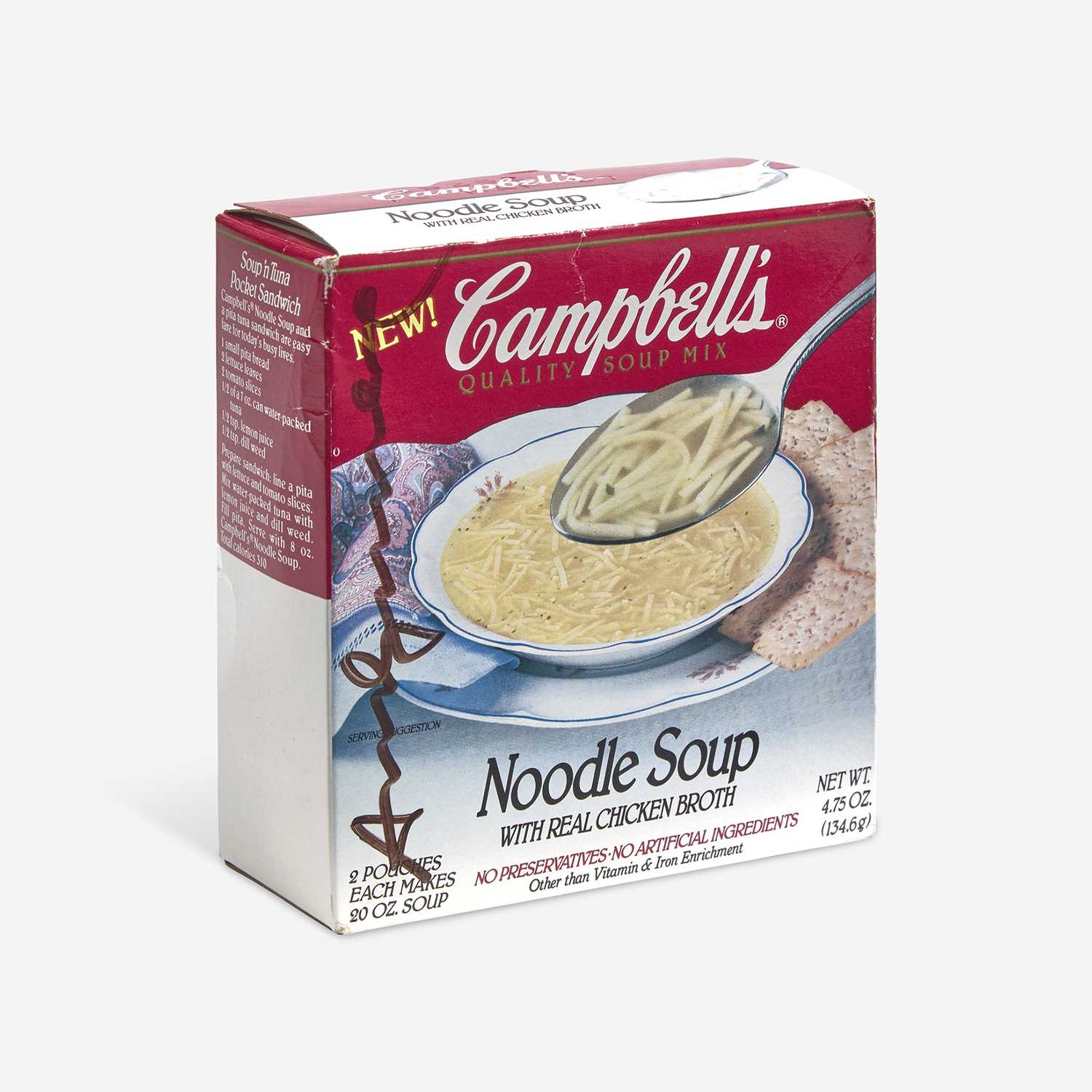 The present owner of this signed Campbell's Noodle Soup Box was an employee at the Campbell Soup Company when the company comissioned Andy Warhol to create a series of paintings of their dry-mix soups. The Campbell's Soup Box painting was unveiled at the Whitney Museum of American Art, New York in the autumn of 1985, which Warhol wrote about in his diary: “The Campbell’s soup people loved the painting, the pink one of the soup box.” [1] At the Whitney event, the owner met Warhol, who signed one of the original soup boxes, which has remained in their collection ever since.