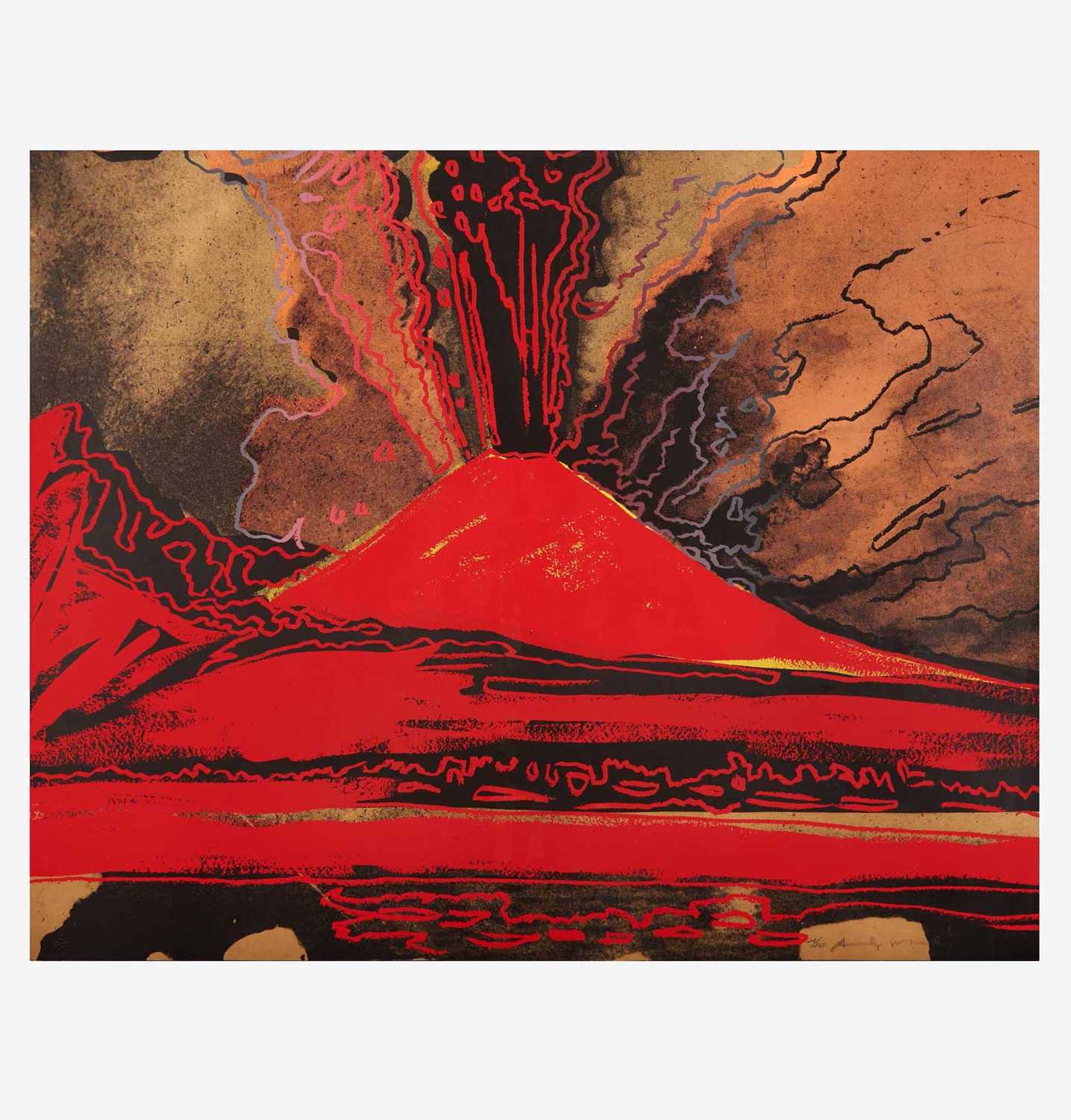 From the start of his artistic practice till the end of his life, Andy Warhol (1928-1987) continually revisited subject matter dealing head on with death, destruction, and rebirth. Vesuvius, a symbol of Italy and the power of nature, is seen here erupting. But even in the wake of pending destruction, there is the aftermath, which brings fertilization and rebirth. Both recurring themes in Warhol’s work.

Further adding to the gravitas of this piece is the bold use of color, and the date. Vesuvius was created in 1985, during the last decade of Warhol’s life and during perhaps the most explosive decade in American history. Warhol witnessed and grappled with the shifting sands in the art world, a society ravaged by AIDS, new technologies, and his own mortality. The work, quite literally is an affirmation to unbridled power, not unlike the man and time in which it was created.