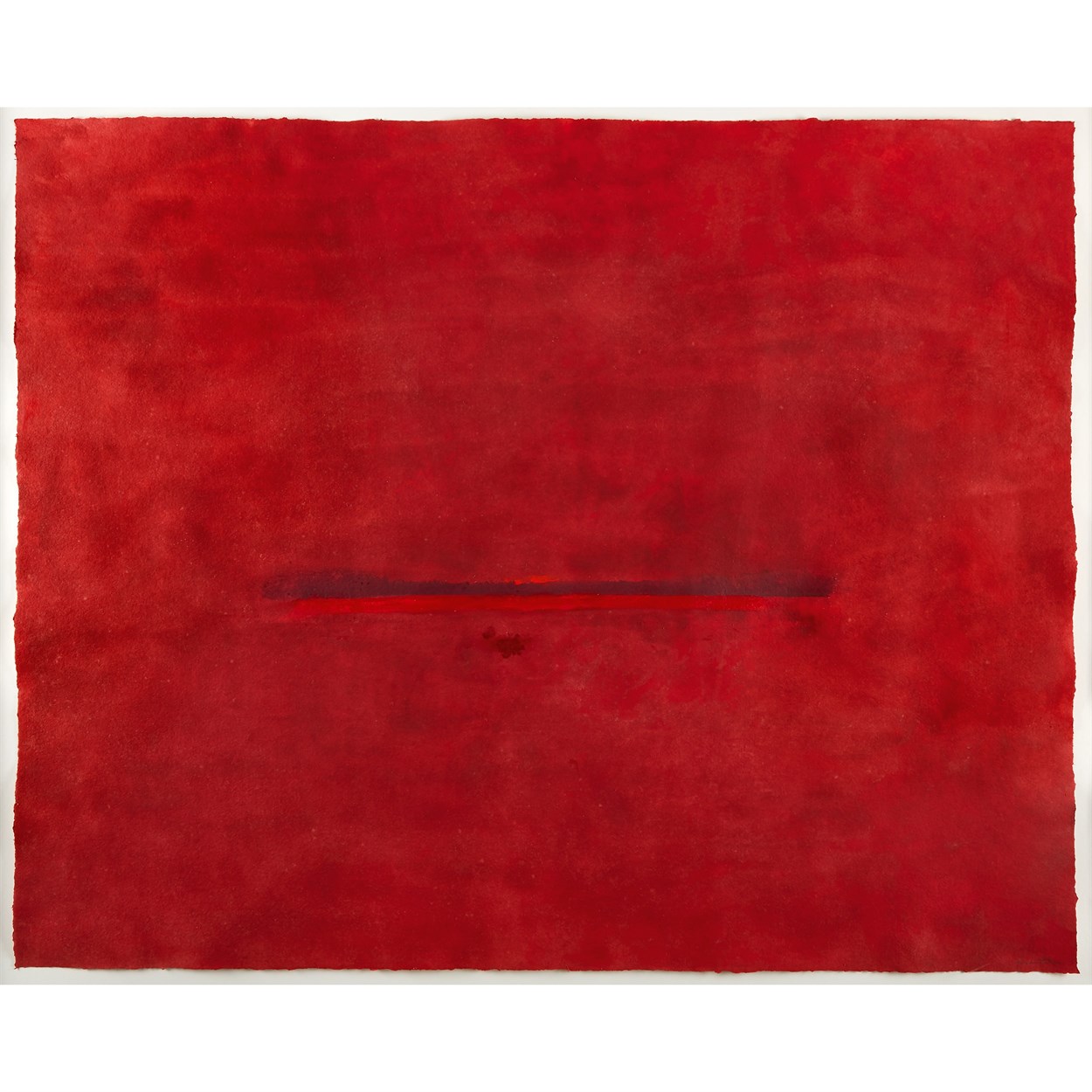 Throughout her career, Helen Frankenthaler blurred the boundaries of painting, drawing, and watercolor with her persistent experimentations in abstraction. She began her career in an Abstract Expressionist mode but quickly discovered her own unique style in pouring thinned pigments directly onto unprimed canvas laid out on the floor. The Color Field works that followed embodied an element of chance as well as a richness of color saturation that added a new facet to mid-century abstraction. Her influence on other artists in this direction, particularly Morris Louis and Kenneth Noland, originated with her noteworthy Mountains and Sea painting of 1952 and her association with the critic Clement Greenberg. Her "soak-stain" technique effectively merged pigment and canvas, underscoring the flat physicality of the canvas and eliminating pictorial space, as Greenberg championed.

Although Frankenthaler challenged the traditional relationship of figure and ground, she did not completely do away with allusions to figuration, landscape, and nature. In Red Hot,

Born in New York City in 1928, Helen Frankenthaler came to be one of the most prominent female artists of the second half of the 20thcentury. She studied at Bennington College and was a student of famed artists Rufino Tamayo and Hans Hoffman, and went on to be a leading figure of New York’s Color Field painters; later in life, she settled in Darien, Connecticut, where she established ahome and studio.Frankenthaler’s abstract paintings and prints are very popular with Freeman’s buyers, given her prominent status as one of the premier female artists of the 20thcentury. Her acrylic on canvas Cinquecentoachieved a remarkable $598,000 in 2018, surpassing its pre-sale high estimate; Red Hotsold for $137,500 in 2019. Her highly decorative color woodcut and pochoir prints from Tales of Genjisold well above their estimates ($75,000 and $43,750, both in 2017). Frankenthaler’s distinctive paintings rendered in both acrylic and oil are in high market demand, and Freeman’s maintains a strong track record in their auction performance.Frankenthaler’s produced her iconic “soak-stain” paintings by pouring paint on unprimed canvas, often in a large format, producing what she called “a really good picture...as if it’s happened at once.” She is credited with helping to bridge the divide between two major art movements—Abstract Expressionism and Color Field painting—an accomplishment described by the artist Morris Louis as “a bridge from Pollock to what is possible.” Her style evolved from centered compositions to the use of more organic forms, then finally on to more symmetrical paintings. Frankenthaler was a prolific printmaker, sculptor, and ceramicist in addition to a masterful painter; her works have been featured in numerous major museum exhibitions at the Whitney Museum of American Art, the Museum of Modern Art, and the Jewish Museum, among others.