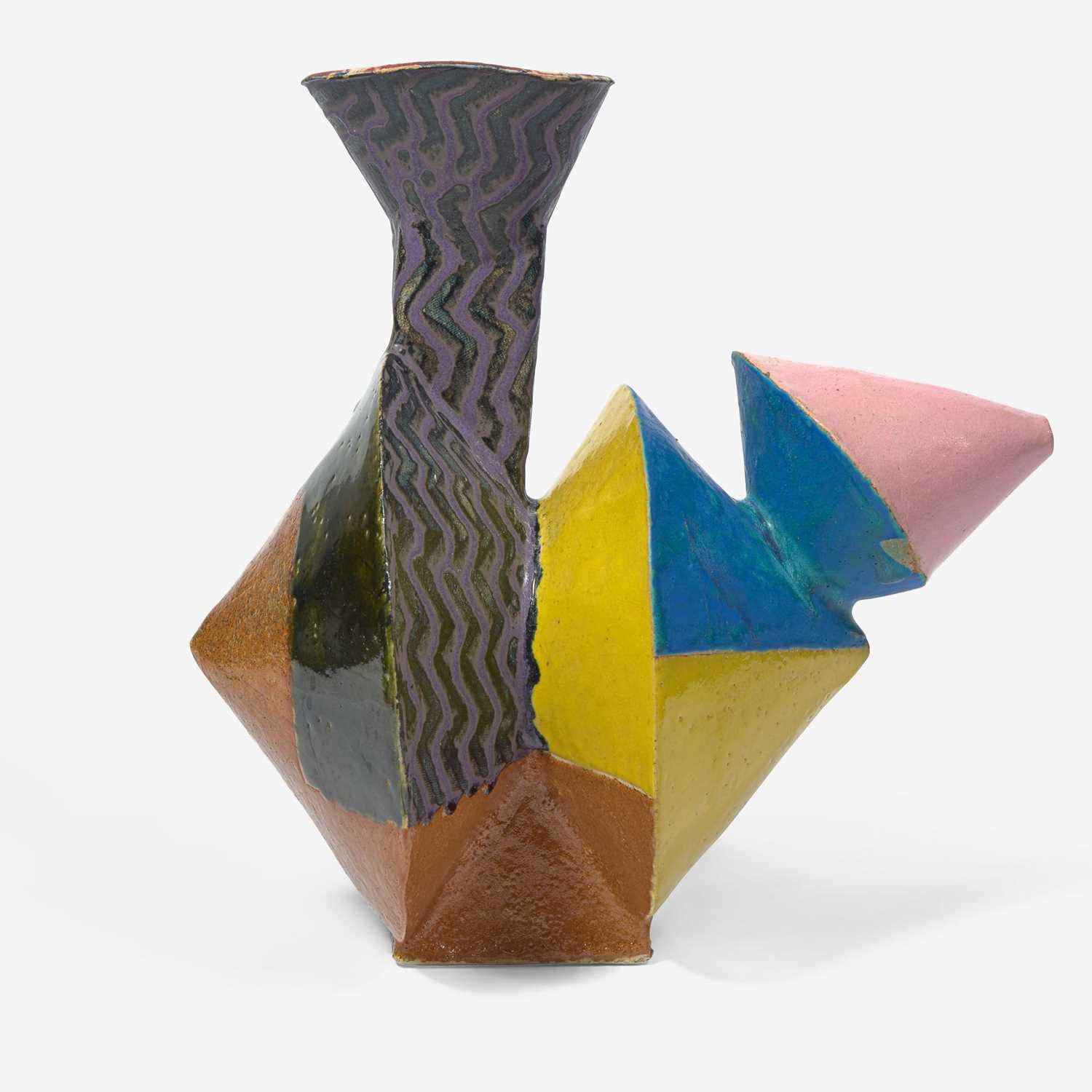 John Gill was born in Renton, Washington in 1949. He received his B.F.A. in 1973 from the Kansas City Art Institute. He graduated with his M.F.A. from the New York State College of ceramics at Alfred Univeristy in 1975 where he was a professor of Ceramic Arts for many years. He has received the SUNY Chancellor Award for Excellence in Teaching and is a member of the International Academy of Ceramics. He was named a Fellow of the American Craft Council in 2014. Gill’s work can be found in numerous public and private collections such as the Newark Museum, the Brooklyn Museum, the Houston Museum, the Victoria and Albert Museum, and the Los Angeles County Museum of Art. Gill’s work was notably included in the recent exhibition, "Shapes from Out of Nowhere: Ceramics from the Robert A. Ellison Jr. Collection" at the Metropolitan Museum of Art. Gill's work was selected for the cover of the accompanying exhibition catalogue.