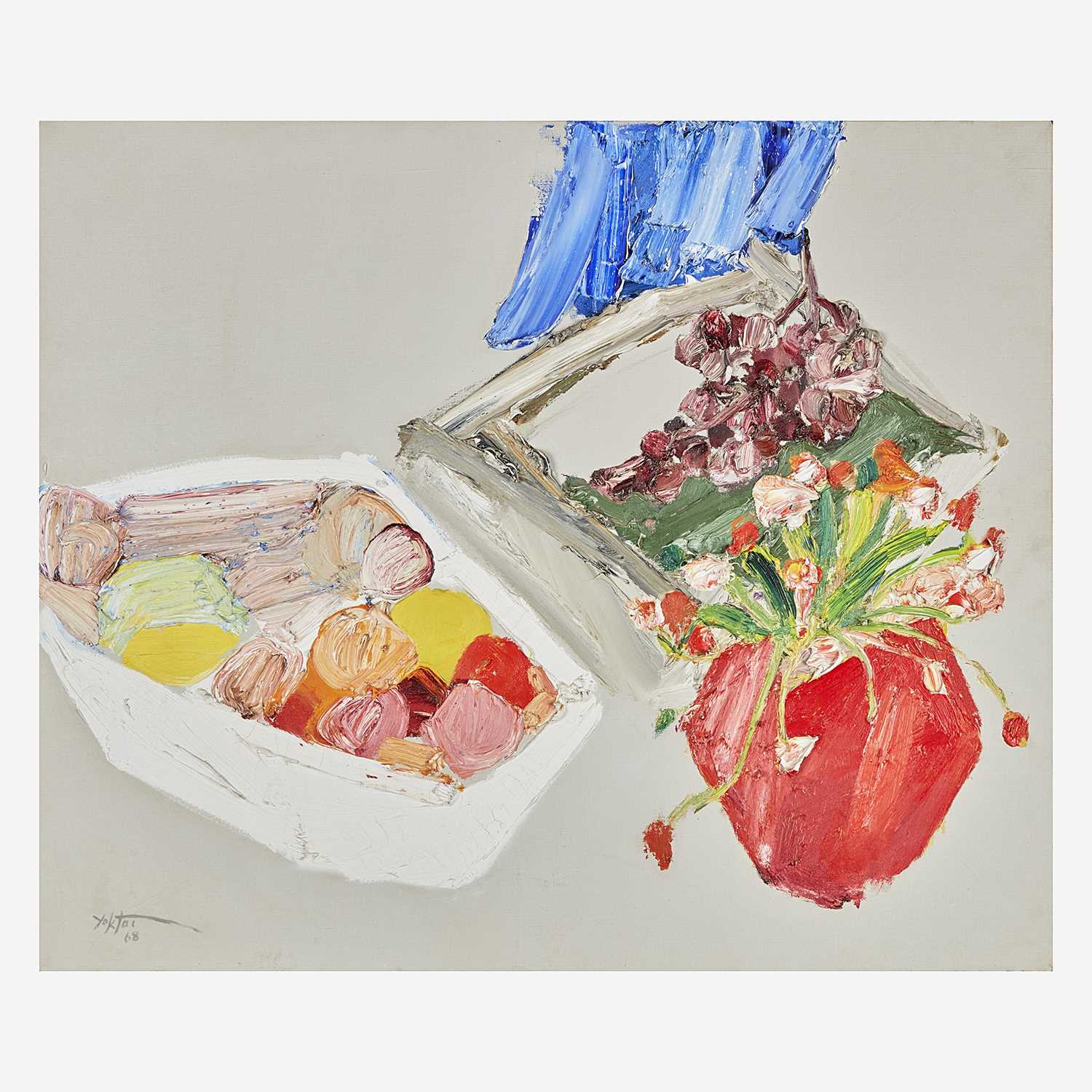 Manoucher Yektai was an Iranian-American artist who was instrumental in the New York School art movement, later the Abstract Expressionist movement. Yektai was born in 1921 in Tehran and declared himself a painter at the age of eighteen. In 1944 he left for Paris, where he pursued studies in Fine Art at the École des Beaux-Arts and at the Atelier of André Lhote. Shortly after, he moved to New York and continued his training at the Art Students League of New York. It was there that he was first exposed to the early experimental work of the Abstract Expressionists.

In the early 1950s, the art dealer Leo Castelli was so taken by Yektai’s talent that he introduced a number of early Abstract Expressionist painters to the artist’s work. Yektai’s recognition was growing and he began exhibiting in prominent galleries in New York alongside works by Willem de Kooning, Barnett Newman, Jackson Pollock, and Franz Kline. He developed friendships with these artists, and was particularly close with Mark Rothko, Mark Tobey, and Philip Guston. Yektai’s strong figuration and use of heavy impasto to capture the beauty of everyday forms set him apart from the more theological style of some of his fellow Abstract Expressionists. In fact, Yektai never acknowledged this classification, instead claiming he “must be some kind of Action Painter.”

The present still life by Yektai is a fusion of his signature thick impasto and abstract style. The quick, broad brushstrokes and vivid color palette delineate the forms of a still life, yet express an undeniable abstraction. Painted in 1968, it could be said this work was created at the peak of Yektai’s career. Manoucher Yektai died in Sagaponack, New York in 2019. Yektai’s work can be found in museums across the world, including the Museum of Modern Art, the Hirshhorn Museum and Sculpture Garden, San Francisco Museum of Modern Art, and in numerous private collections.