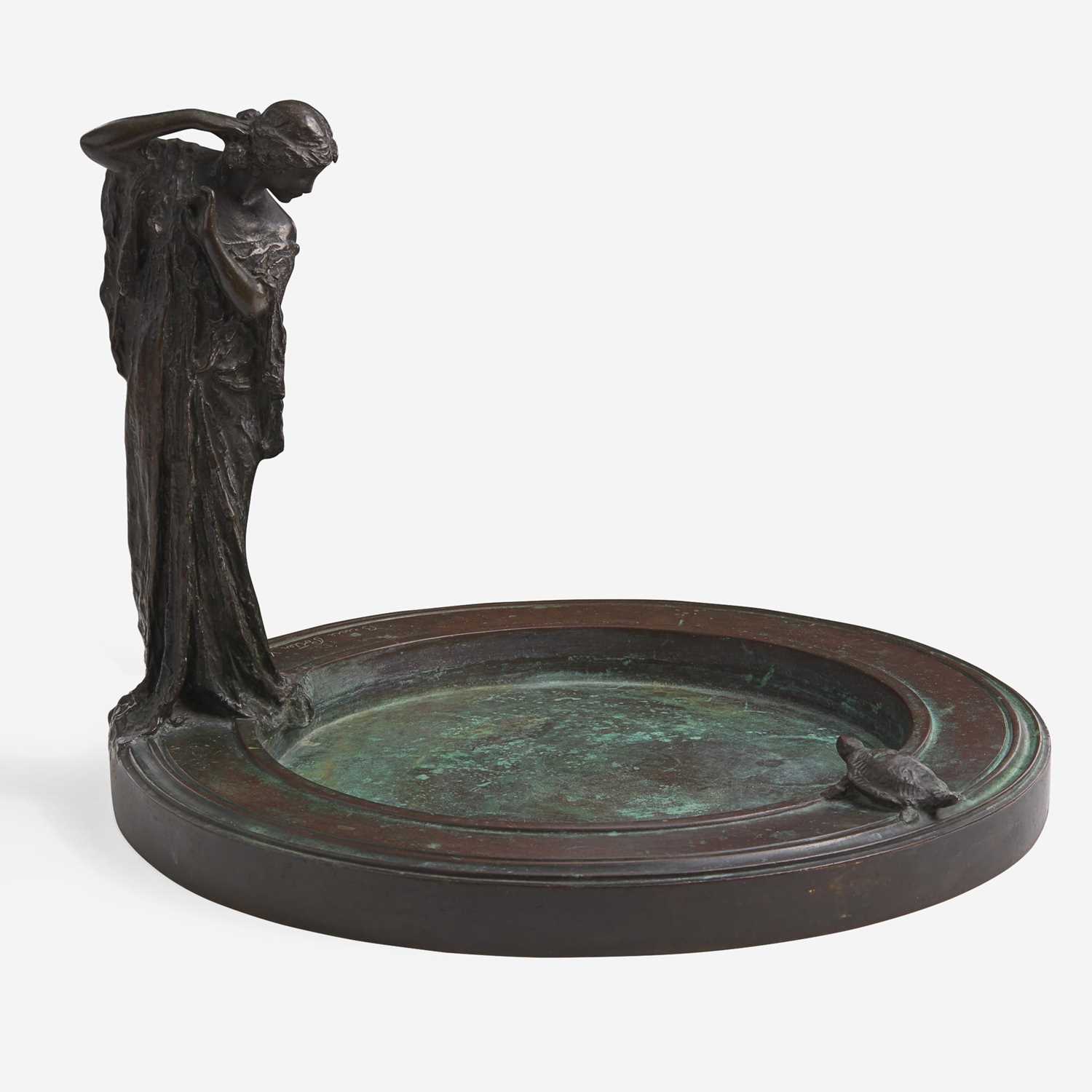 The work will be accompanied by a copy of the original P.A.F.A. exhibition catalogue from 1915.

The Intruder was designed in 1913 as a table fountain and was meant to be displayed in a garden, surrounded by plants, with its basin filled with water.Table fountains were highly popular at the turn of the 20th century. Considered a whimsical houshold decor, they were mostly collected for the magical sound the flowing water would male. The playful subject at work here, a beautiful maiden interrupted in her bath by a noisy turtle on the other side of the basin, surely fits the theme. Both the figure and the turtle were cast separately and attached to the basin after casting. In piped examples of the sculpture, water flowed from a small spout by the woman's foot into the basin creating a calm movement of water.