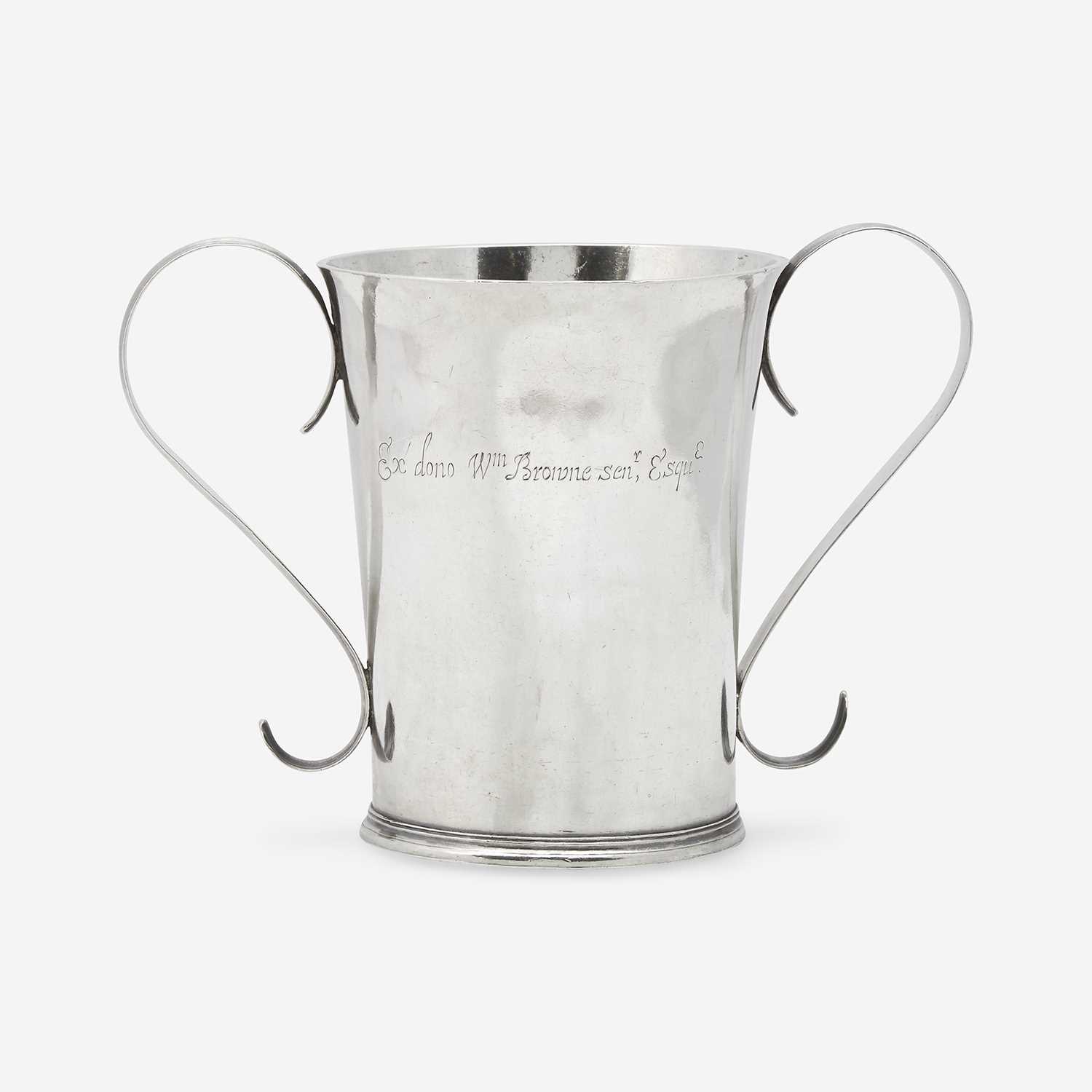 William Browne (1608-1687/88) emigrated from England to Salem, Massachusetts in 1635. He was both a merchant and county court judge, and involved himself in other local causes, such as funding Harvard College. Married twice, to Mary Young (d. 1638) and Sarah Smith (d. 1668), he fathered eleven children. Based on the engraved inscription, it is believed that William donated the beaker to his parish shortly before or upon his death.