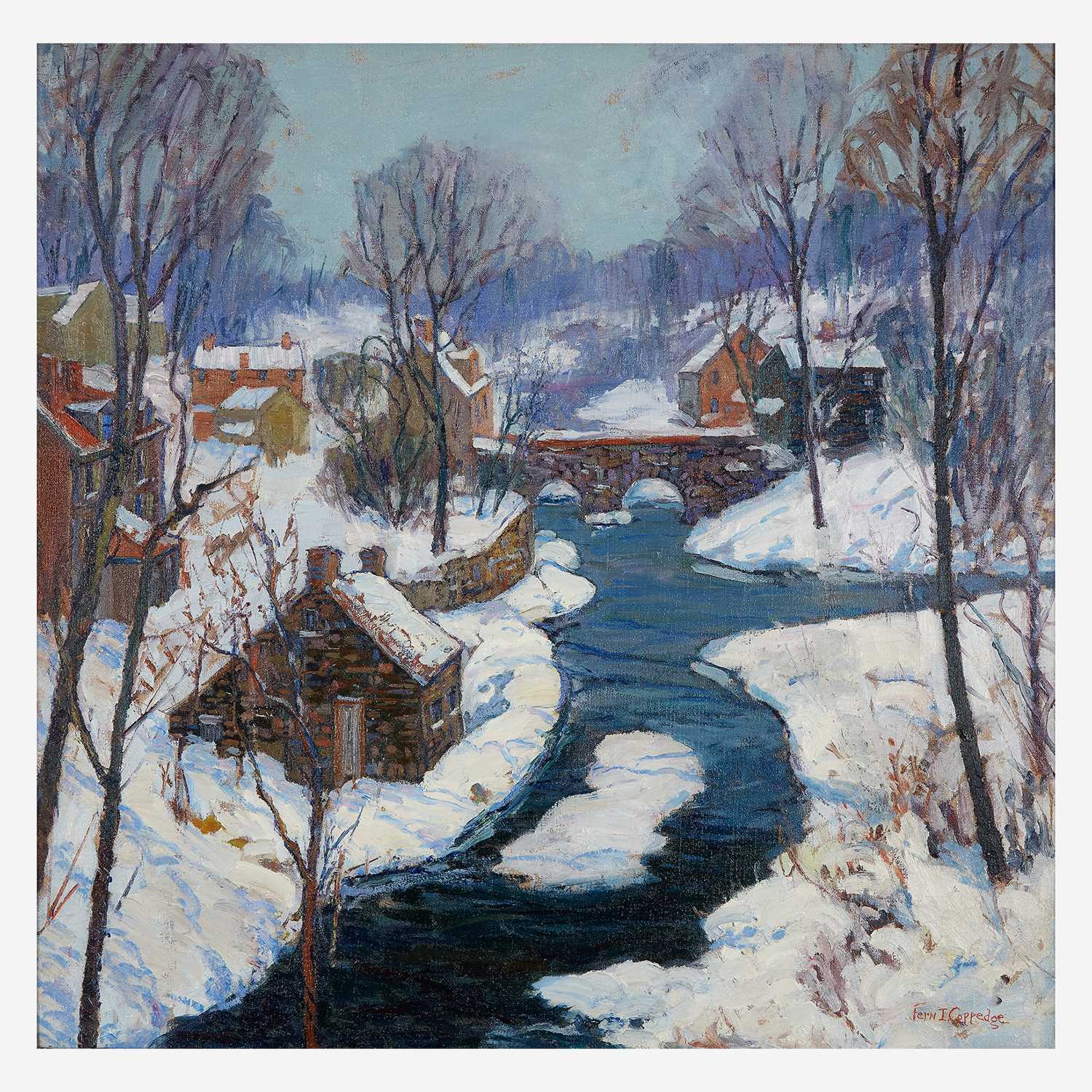 Hirschl & Adler, New York, New York.
Acquired directly from the above in January 1998.
Collection of Stuart and Virginia Peltz, Massachusetts.

Hirschl & Adler, New York, New York.
Acquired directly from the above in January 1998.
Collection of Stuart and Virginia Peltz, Massachusetts.

The present work depicts the small village of Carversville, named after its first postmaster, and situated about forty-five miles north of Philadelphia, in Bucks County. A quaint hamlet, Carversville is currently protected by a Historic District Ordinance which prevents its population from growing much larger or being developed with new homes or businesses. Recognizable by the confluence of two streams, the Cuttalossa Creek and the Paunacussing Creek, the Carversville island was one of the artist's favorite painting locations, not far from Lumberville (where she lived). Several other oils by the artist depict the same locale, with only the vantage point differing. See for example, Freeman's sale of December 5, 2019, lot 119 (Snow Bridge Creek).

Here, the artist once again demonstrates her mastery at capturing the so-distinct winter light, giving the impression of a cold, grey December day. To do so, Coppedge uses a very restricted color palette, which reminds us of the muted harmonies Redfield himself displays in his winter scenes. She depicts the gentle muddied-turquoise flow of the Paunacussing Creek, which borders bright houses on the riverbanks, all subtly covered with blotches of green-yellows, brown-oranges and opalescent blues. In the background, one can spot the Bridge in Solebury Township, a historic double-arched stone bridge erected in 1854, which Coppedge here treats as a mosaic, outlining each squared stone with various shades of yellow, mauve and blue.

The present work is to be included in the forthcoming Catalogue Raisonné of the artist's work compiled by Les and Sue Fox (2021). It will be given the reference number CWF-20.