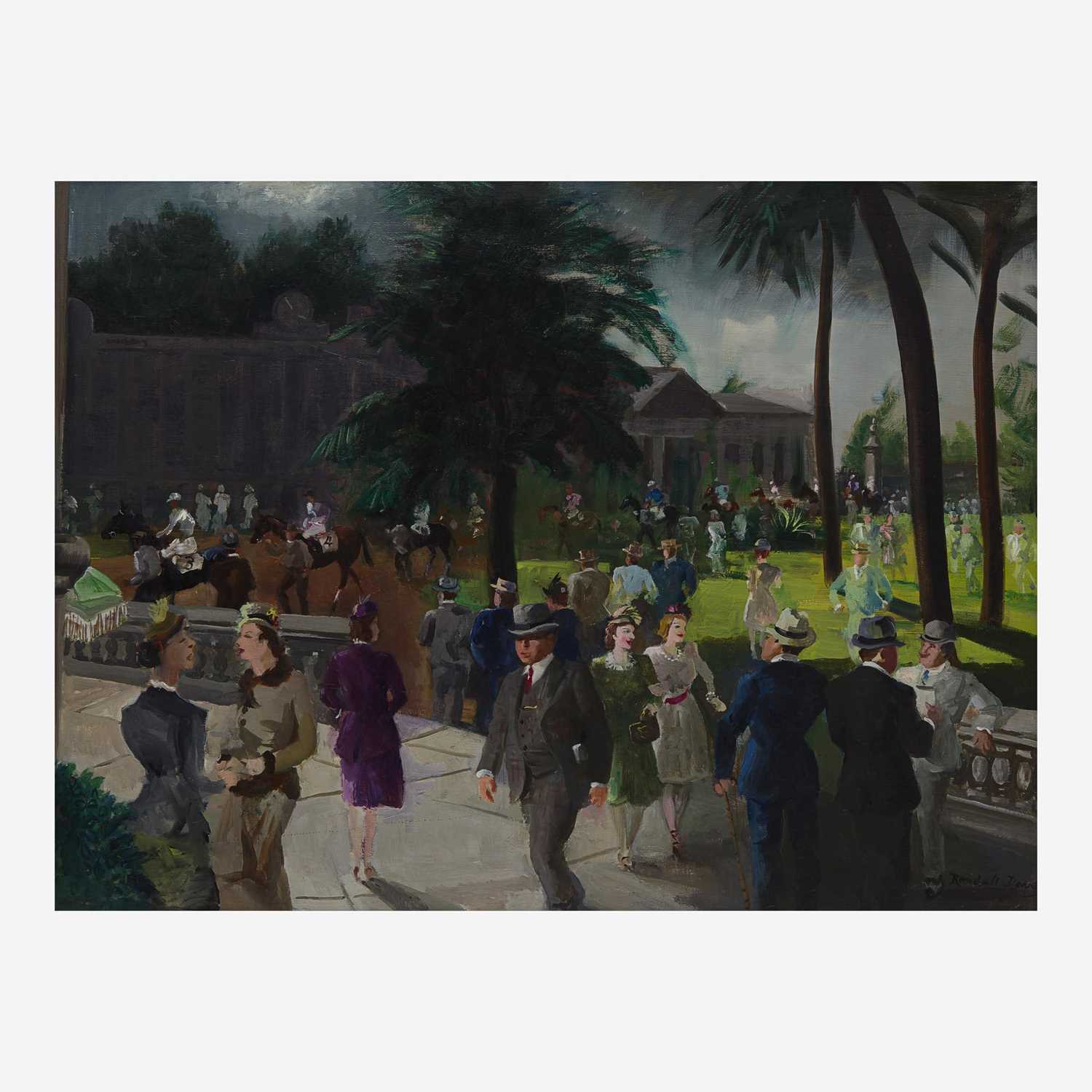 Hialeah Park, located along the Everglades in Florida, opened in 1925 and quickly drew an international crowd of spectators fond of horse racing. It was built by the Miami Jockey Club with the intention of bringing potential real estate investors to the area. A turf course opened in 1933, making Hialeah the first American park with a grass racetrack. Davey was himself a known aficionado of horses and his outgoing and energetic nature is evident is this colorful and spiritied depiction of well-dressed spectators greeting each other on their way to the grandstands, as the race horses pass-by in the cloudy background, on their way to the starting post.