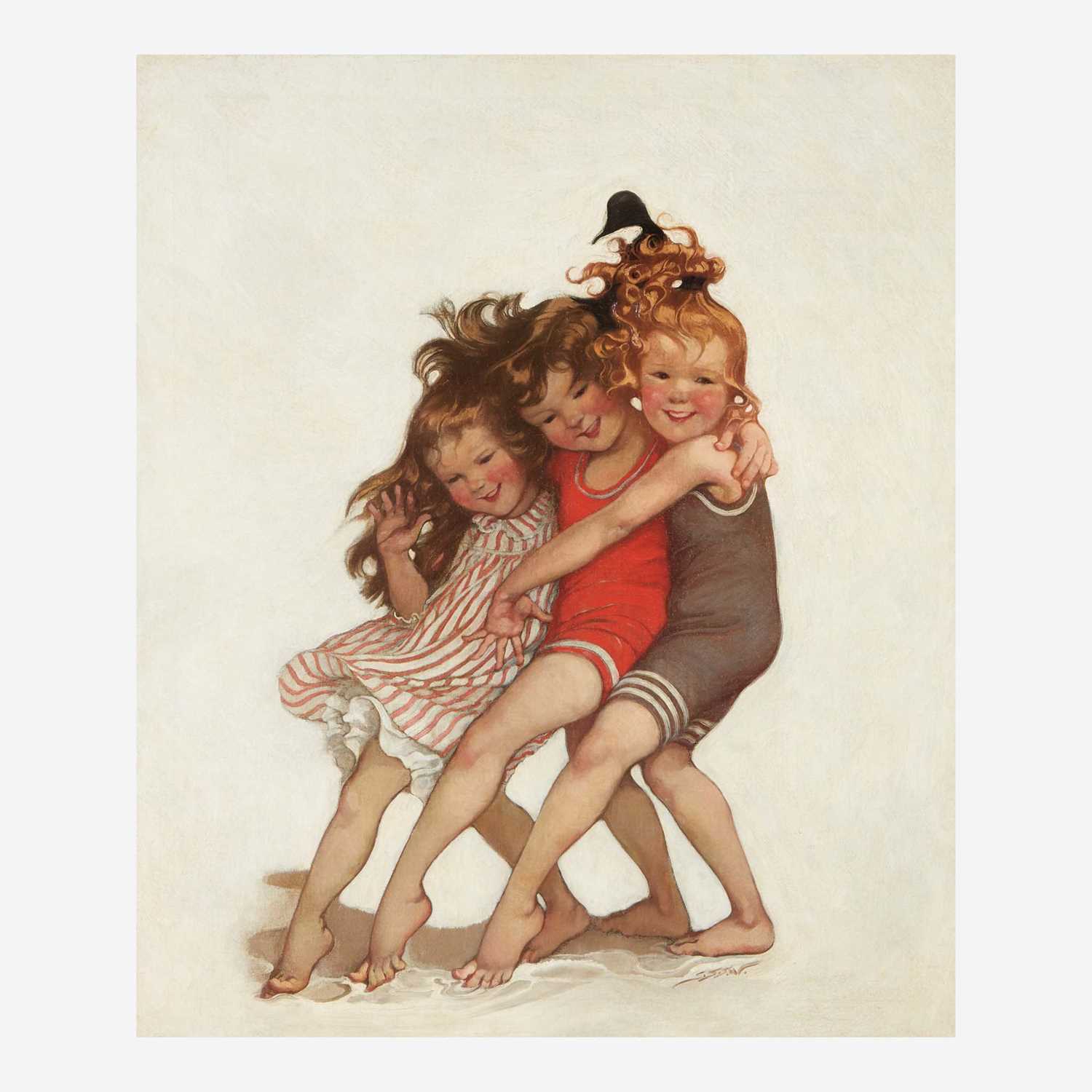 Sarah S. Stilwell Weber was an important Philadelphia-based illustrator of magazines and books who studied at Drexel Institute under Howard Pyle. As he considered her one of his best students along with Franck Schoonover, Pyle advised Weber not to marry to focus on her career, and helped her secure deals in New York City. She was also a member of Philadelphia’s very own The Plastic Club (an art organization for women which included, among many noteworthy women artists of the day, fellow artists Jessie Willcox Smith, Violet Oakley, Cecilia Beaux and Fern Coppedge), which enabled her to own a revenue of her own, and therefore compete with the all-male students of the nearby Philadelphia Sketch Cub. Weber painted a total of 60 covers for The Saturday Evening Post from 1904-1921, and is renowned for her charming depictions of young children at play, as in the present work - a charming depiction of three young girls gleefully enjoying a day at the beach, and which can be seen as a classic example of the artist’s best known oeuvre.

The painting has strong tied with the city of Philadelphia as its first owner, Mr. Alexander R. Boyd (Doyle & Sons), was one of the builders of the historic Art Deco Boyd Theatre, which opened its doors in December 1928, and was the last movie theater in downtown Philadelphia prior to its closure in 2002. It was through the friendship between Mr. Boyd and the grandparents of the present consignor that Three of Us came to be acquired via family descent. Its sale at Freeman's marks its first public appearance since it was shown in the ladies lounge of the city's landmark theater.