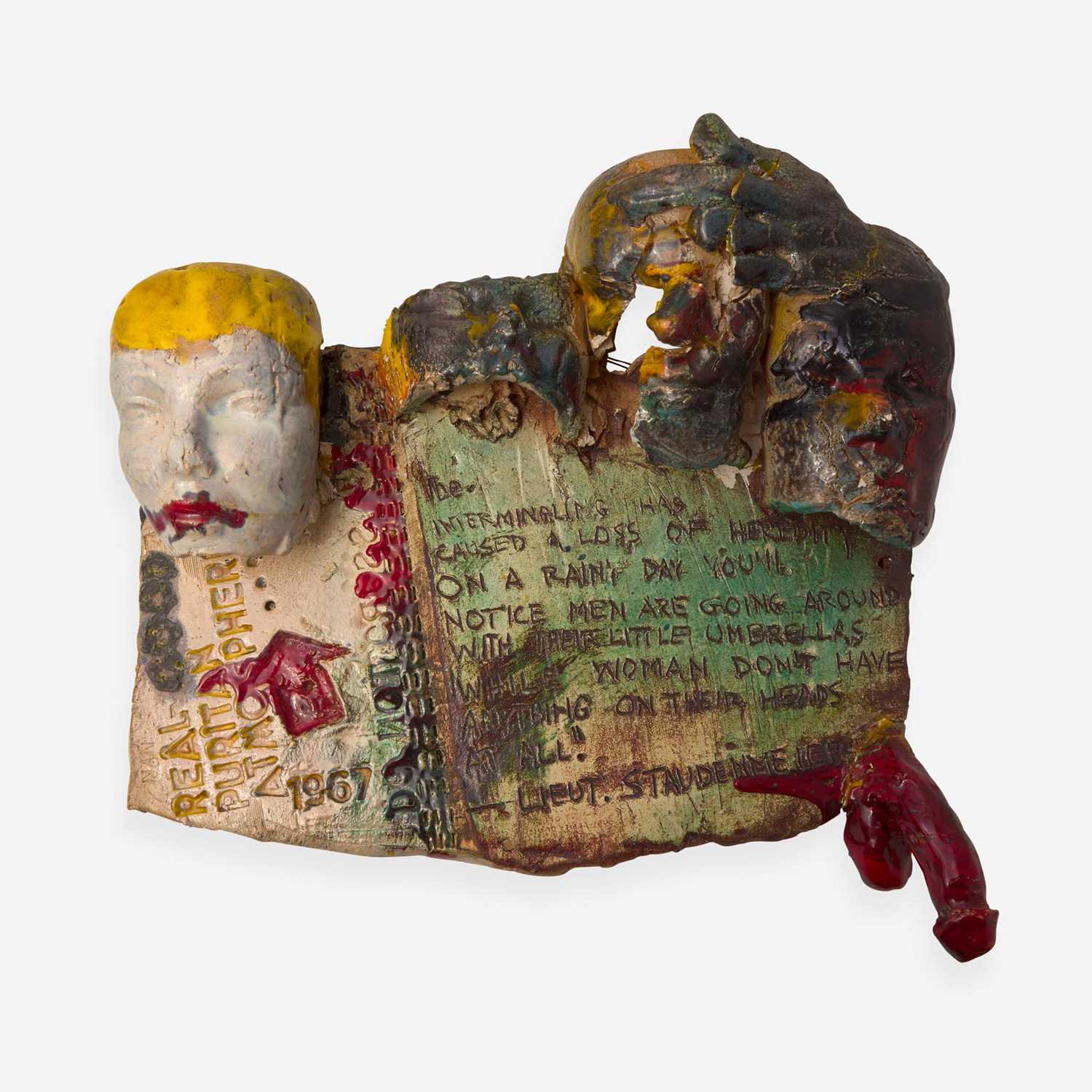 Active since the late 1960s, sculptor Buster Simpson has created works on a vast range of scales for projects as diverse as museum exhibitons and municipal infrastructure improvements. He received both his B.S. in Design and his M.F.A. in Sculpture from the University of Michigan, and has participated in dozens of workshops, solo and group exhibitions, and public commissions over his career. Simpson's work may be found in communities throughout the American West, Southwest, and Pacific Northwest, including site-specific installations at public parks, educational institutions, offices, transit terminals, and dozens of other public spaces. An NEA fellow and recipient of the Americans for the Arts Public Art Award in 2009, Simpson's work is held in the collections of the Frye Art Museum, Seattle, Washington; the Corning Museum of Glass, Corning, New York; and the Tacoma Art Museum, Tacoma, Washington. The Frye Art Museum exhibited a major retrospective of Simpson's work in 2013, and among his extensive exhibition history are group and solo shows at the Smithsonian Institution's Hirshhorn Museum and Sculpture Garden, the Museum of Glass/International Center for Contemporary Art, Tacoma, Washington, and the Corning Museum of Glass, Corning, New York.