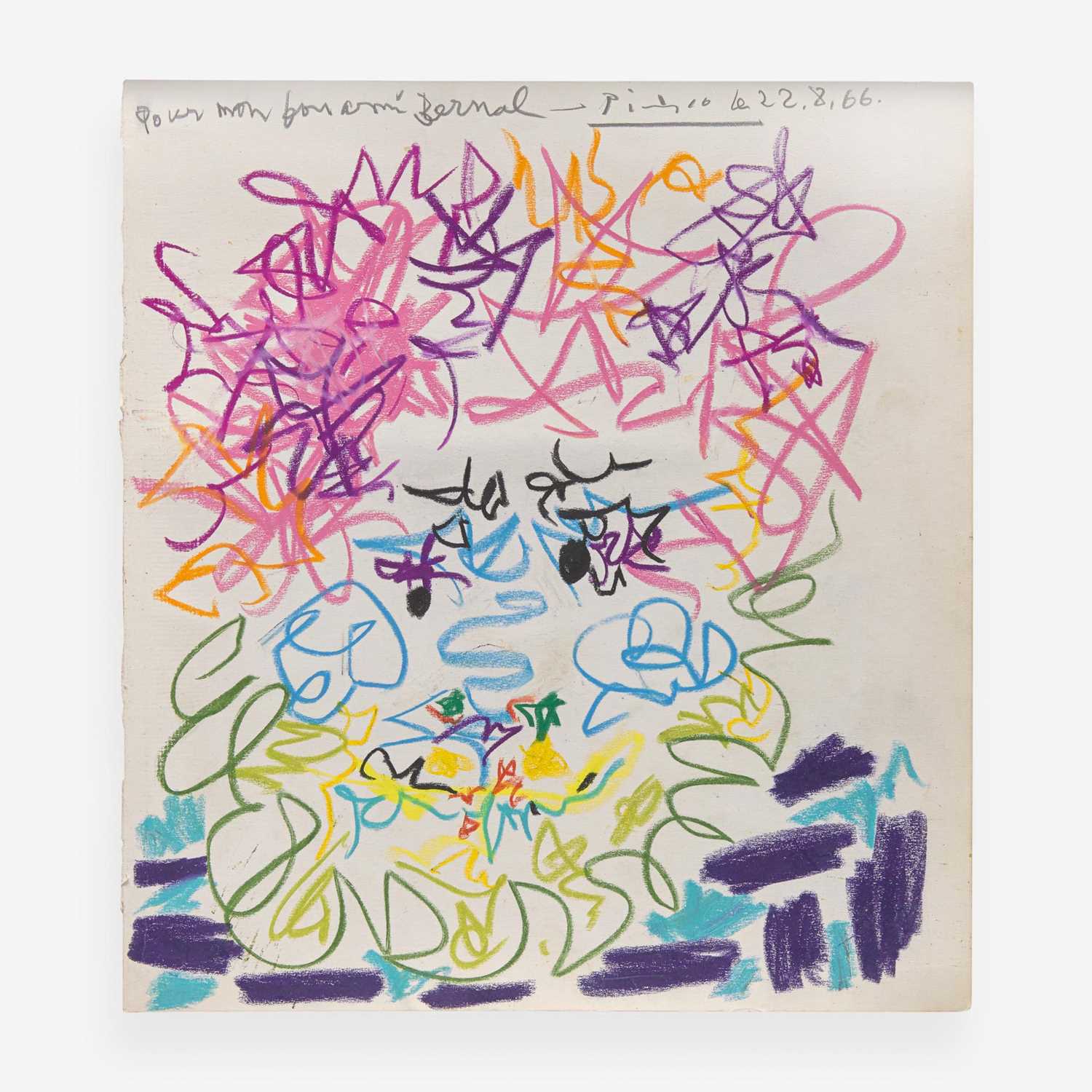 This drawing is referenced in the Picasso archives by Claude Ruiz-Picasso, February 23, 2005.

After stomach surgery in 1965 in Neuilly, France, Pablo Picasso returned to his last workshop and residence in the south of France, a farmhouse called “Notre Dame de Vie.” There he recovered over the course of a year, in relative seclusion with his wife Jacqueline, during what became a vibrant, creative period for the artist. Many drawings and paintings from this time burst with color and energy, as evidenced by this lot, Tête d'Homme Barbu from August 22, 1966. Returning to the theme of the bearded man, which Picasso depicted throughout his career, he dedicated the picture to his cardiologist in Paris, Dr. Pierre Bernal, who would later be present at the artist’s deathbed. The drawing also served as the frontispiece for a book about Picasso’s studio Notre Dame de Vie by Hélène Parmelin, published the same year, 1966. A quintessential drawing from this time in Picasso’s life, Tête d'Homme Barbu exudes the humor, vitality and imagination still very present in the artist’s late style.