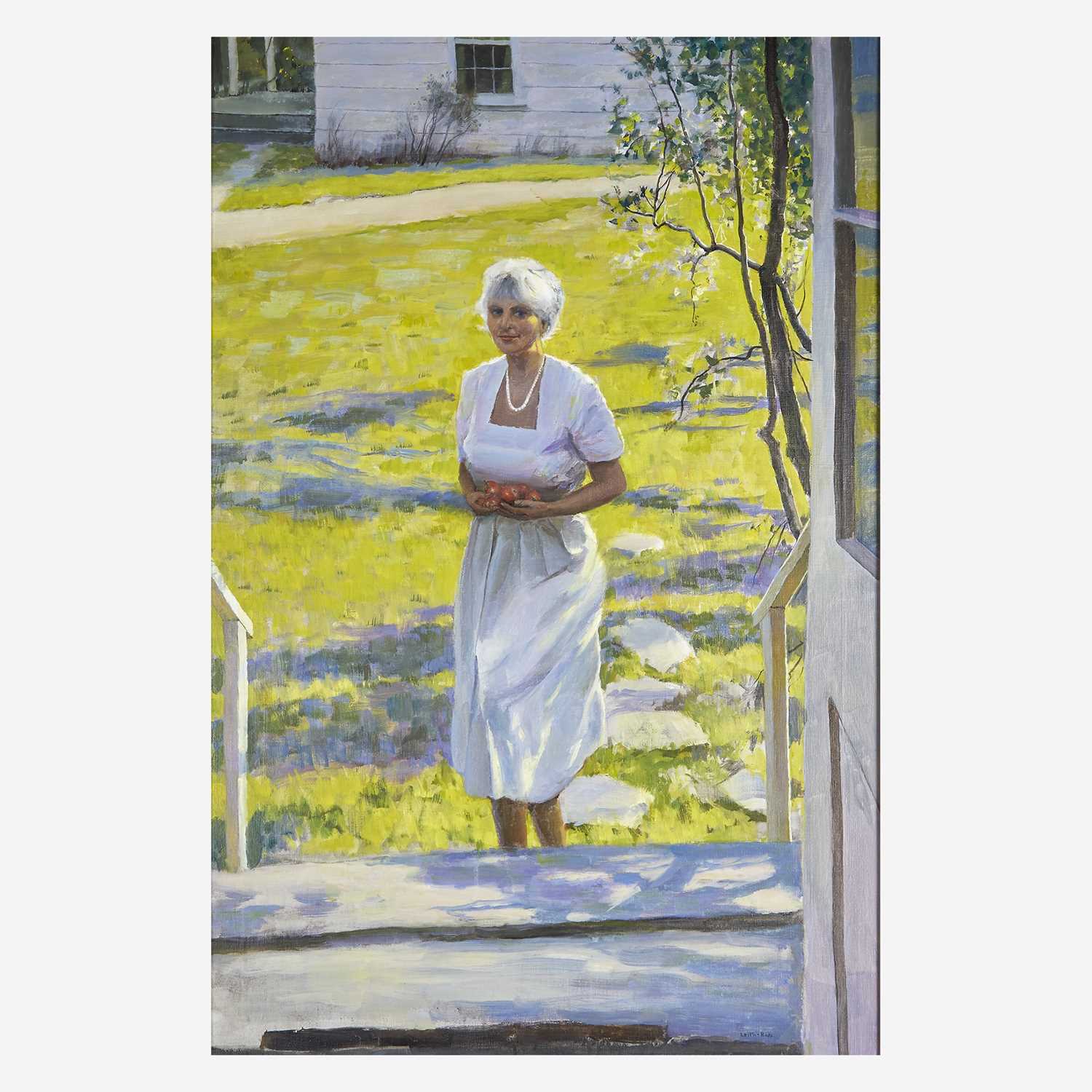 The Artist.
The Artist's wife, Emily Leith-Ross.
Acquired directly from the above.
Collection of Dan Whitaker, Lambertville, New Jersey.

The Artist.
The Artist's wife, Emily Leith-Ross.
Acquired directly from the above.
Collection of Dan Whitaker, Lambertville, New Jersey.

Harry Leith-Ross met Emily Slaymaker in the summer of 1925 in Rockport, Massachusetts. Leith-Ross, then the head of the Rockport Summer House was immediately smitten with the independent, strong-minded woman who sought a career of her own, and proposed to her after only two weeks at a nearby cemetery with these words: "Would you have the courage to marry me?" The wedding took place on July 20, 1925 at the home of Emily's teacher at Rockport, Richard Holberg. The artist and his wife remained married for forty-eight years, until Leith-Ross's death in 1973. As Erika Jaeger-Smith explains: "In Emily, Leith-Ross had found a partner who understood the world of art and supported his aspirations toward fine art in every way possible. She was a woman of remarkable spirit and character, and more than a little bit mischievous - a perfect counterpoint for the reserved, aristocratic artist with a quiet sense of humor of his own."

The present painting was acquired directly from Mrs. Leith-Ross, and the event is recorded as follows in the note, which will accompany the lot: "One day while visiting Mrs. Ross, she was going through her photo album and stopped at this painting. She asked if I recognized what it was and said 'that's you.' She laughed and told me the story of picking tomatoes and as she was coming into the house, "Tony" stopped her, told her to wait and he got out his paints and painted her." Although Leith-Ross almost never painted portraits, the present work is a striking example of his talent, essentially because of the incredible spontaneity the work conveys through its generous impasto and quick dabs of paint, as well as the sheer complicity one can sense between the artist and his model.