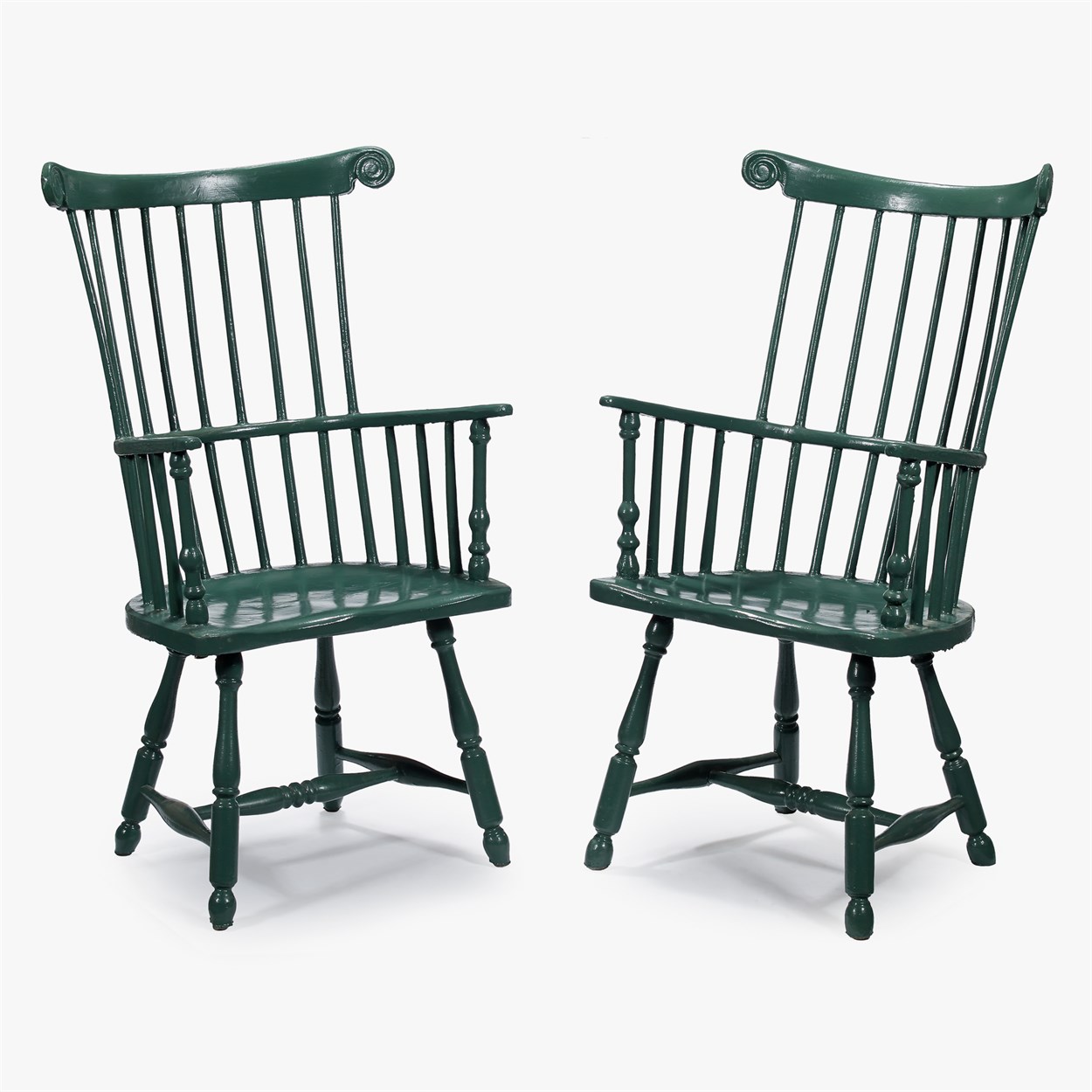 At the 1889 Mount Vernon Ladies' Association Grand Council, Ida Ann Slocum Richardson (Mrs. Tobias Gibson Richardson), Vice Regent for Louisiana, proposed to "Restore 'thirty Windsor chairs' to the East portico, similar to those used there during Washington's life." She quoted Washington's probate inventory which lists "30 Windsor chairs" "...in the Piazza," making this a very early direct use of an inventory as a blueprint for furnishing the Washington home and what is more, the first instance of the Association attempting to recreate Washington's furniture. The Council approved Mrs. Richardson's proposal to reproduce the Windsors based upon a drawing in her possession that was reported to have illustrated a Windsor known to have been owned by the Washingtons. Unable to find a physical model and a firm to produce the chairs, Mrs. Richardson asked Susan Edwards Johnson Hudson (Mrs. William Henry Hudson), Vice Regent for Connecticut, for assistance (see pg. 21). Hudson owned an antique Windsor that had descended in her family for over 100 years and closely resembled Richardson's illustration--a Philadelphia comb-back made in the second half of the 18th century. The two Regents chose Chamberlain & Co., "Dealers in First-Class Furniture," of New Haven, Connecticut to reproduce the chairs. The chairs were produced at $15.00 apiece, so, including shipping to Mount Vernon, the Vice Regent of Louisiana spent $462.00. The chairs were secured together in groups of four with runners along the front and back feet and a brace under the seats. The chairs occupied Mount Vernon's Piazza from 1891 until 2013.