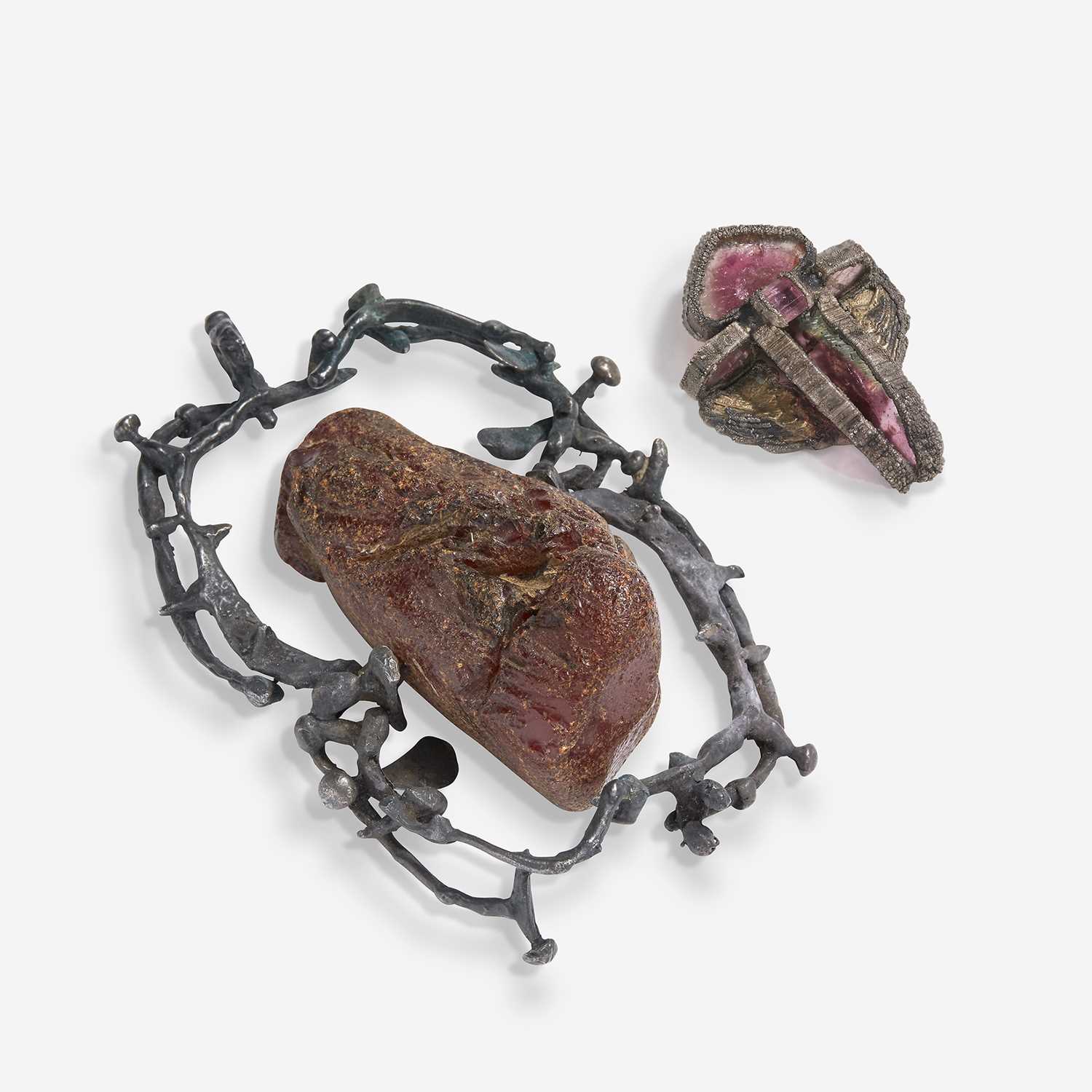 Comprising a silver and amber pendant, and an electroformed silver, vermeil, and tourmaline "angel" pendant.

Comprising a silver and amber pendant, and an electroformed silver, vermeil, and tourmaline "angel" pendant.

Louise Nevelson, born in 1899 in Pereiaslav, Russia, emigrated to the United States as a child, and later established herself as an artist in New York. Known for her large-scale wall and outdoor sculptures, she also was known for her skilled mixing of ethnic and couture clothing in layers, collaging herself much like her sculptures. According to her gallery dealer Arne Glimcher, Louise once said, “I’m an atmospheric dresser.” Her love for things imperfect is reflected in the ethnographic and modernist jewelry offered in this sale. The necklaces and pendants provide a snapshot of the kinds of things Nevelson collected and wore in daily life.

In 1977, Nevelson made Eleanor Lambert’s “Best Dressed International Women” list. Her style and freedom to dress as an individual continue to influence women today in their own fashion choices. The following quote perhaps best sums up her outlook on dressing:

“When the sculptor (Louise Nevelson) came to his salon, Scaasi showed her a series of black suits and other conservative clothes. After a while, she stopped him abruptly. ‘I’m not a Scarsdale matron,’ she told him. He was taken aback, but recovered. ‘Of course you’re not,’ he told her. ‘You’re the Empress of Art and we will dress you as an Empress.’ He swiftly switched to brocade dresses and other more flamboyant designs.’” (Arnold Scaasi, Scaasi, A Cut Above, p. 79)