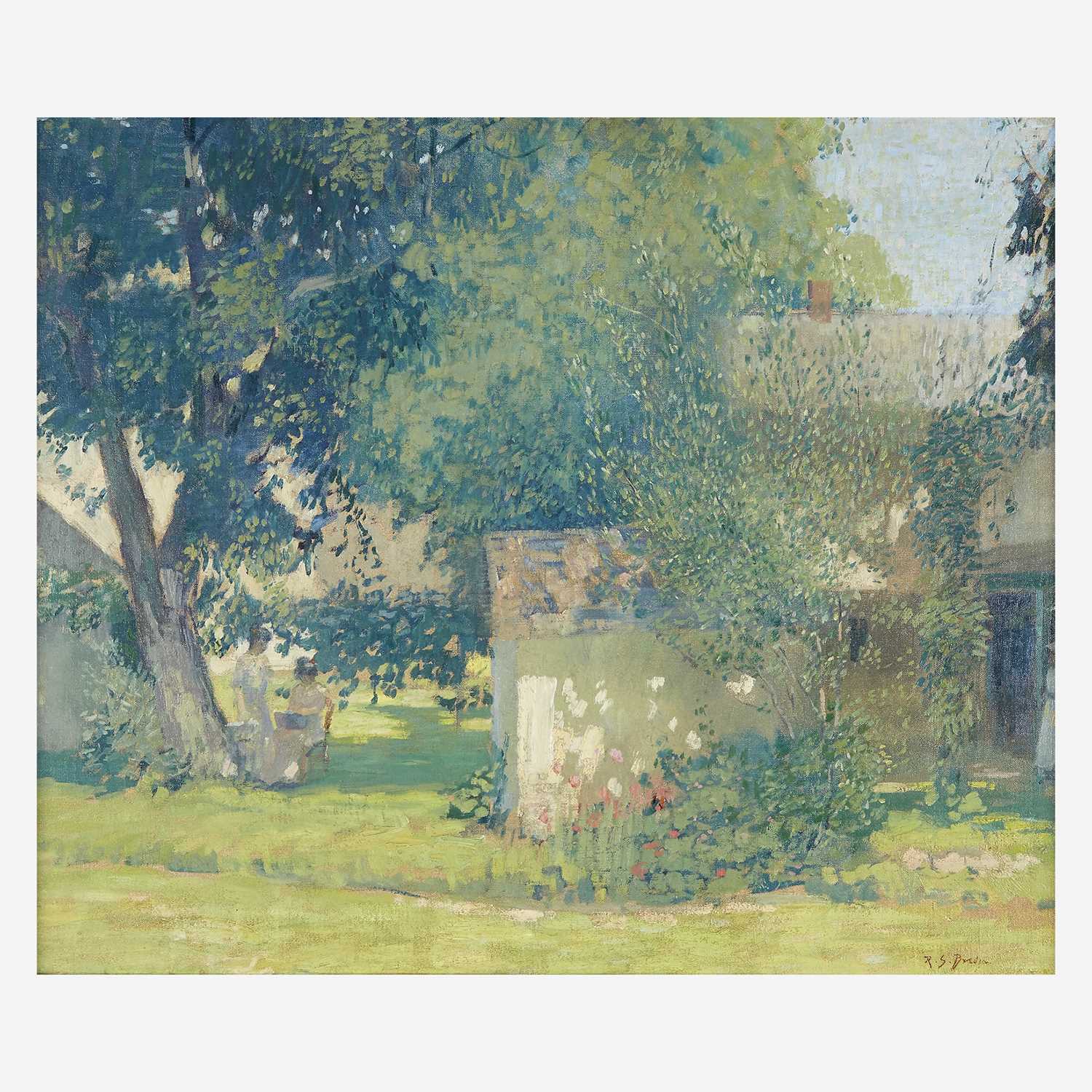 For many years, Bredin was considered one of the most talented painters associated with the Pennsylvania Impressionists. Yet, his art and life remain mostly unknown, essentially because the artist painted more slowly than his peers, and he died at an early age. An esteemed portraitist who received many commissions throughout his career, Rae Sloan Bredin is today mostly known, and admired for his languid garden scenes set in the region of New Hope during the spring and summer, such as the present work.

The Carroll Price Farm is an early canvas from Bredin, which dates from the time the artist officially moved to Bucks County - an area he discovered around 1911 as he was visiting his friend Charles Rosen from New York City. The work depicts Primrose Farm, the lush garden of the artist's in-laws, Carolyn Paxon and Reuben Price, a Philadelphia lawyer. Bredin joined the family in 1914 by marrying Alice Rachel Price, the couple's eldest daughter. By marrying into the Price family, Bredin associated himself with a very well connected, and influential group of people all involved in the art sphere. His wife's twin brother, Frederick Newlin Price was a renowned dealer and gallerist, her sister was the painter Mary-Elizabeth Price, a prominent member of the Philadelphia Ten, and one of her youngest brothers, Reuben Moore Price, was an art dealer and important frame maker. The last brother, Carroll Price, did not have much involvement with the art sphere, and spent most of his life working on the farm he inherited from his parents, the same one depicted here and located up the hill from New Hope in Solebury, where he settled with his wife Edith. Like most of the houses in Bucks County, the farm boasted its garden, where many flowers of different varieties thrived. The love of the outdoors ran in the family as Mary-Elizabeth Price was known for her whimsical, exotic garden at Pumpkin Seed Cottage, and Bredin and his wife themselves were celebrated for their pastoral way of living, and charming haven in Bucks County, Lawn Shadows. The idyllic setting here is rendered through rich, yet limited, masses of color in the foreground, which contrast with the subtle green hues of the garden and the pastel-like colors of the house. Bredin is paying close attention to light (and shadows), bathing his scene in a luxuriant haze, which contributes to a pleasant setting where one is invited to seek, and hopefully find, respite.

Contrary to most Pennsylvania Impressionists such as Edward Redfield or Daniel Garber, who preferred to paint landscapes devoid of any humans, Bredin boldly chose to incorporate figures in his landscapes, a trend which was common among French impressionists. Here, he used his family members as subjects, and peering through the bushes, we can see the artist's wife, as well as his two sisters-in-law, Mary-Elizabeth and Elizabeth. Protected by the shade of a tree, or about to enter the house to find some cold air, the feminine figures are not individualized. Instead, they gracefully complement the setting, thus proving man and nature can live in harmony, which is perhaps the true philosophy of the New Hope School of Painting.