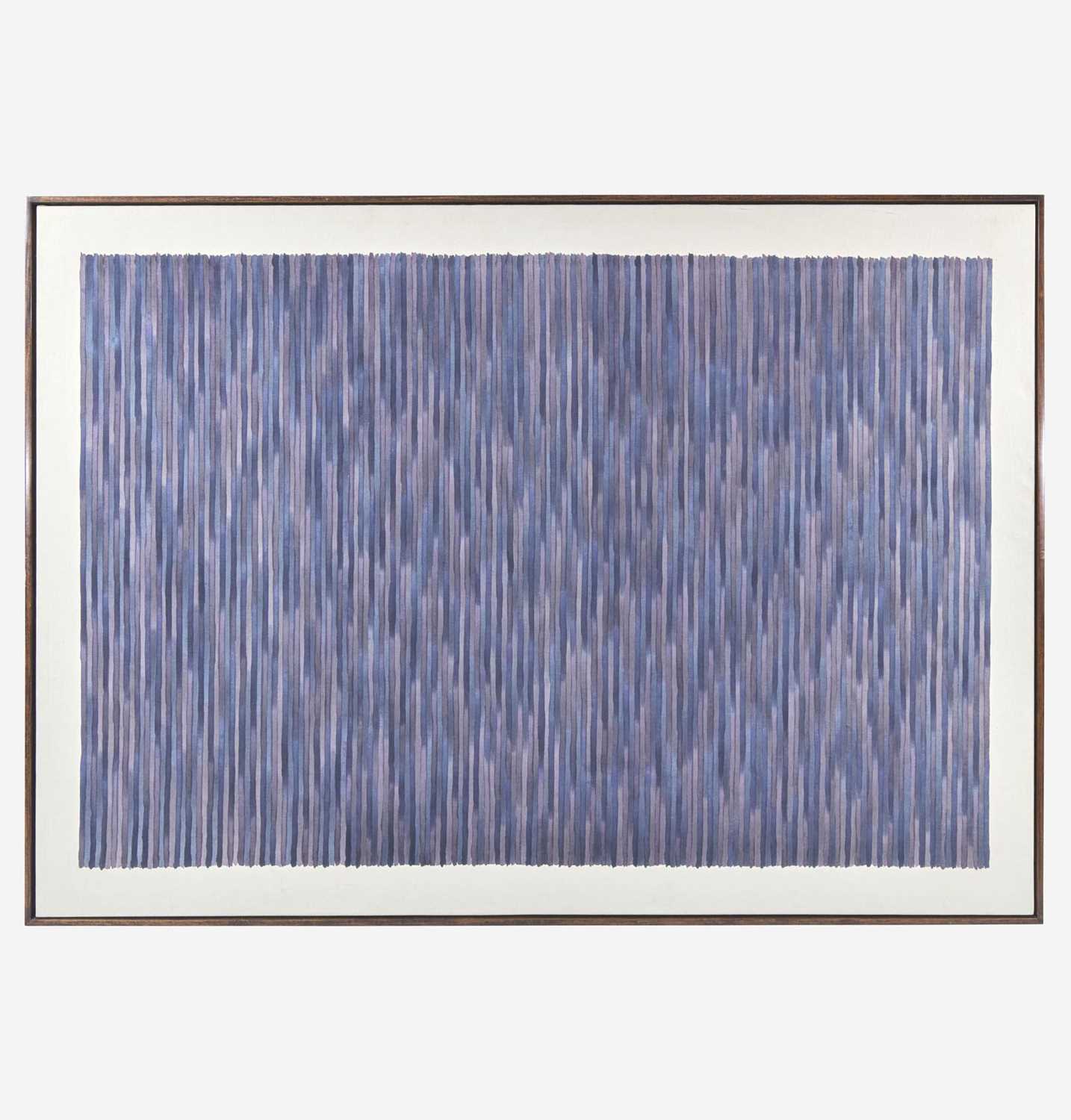 Gene Davis, one of the principal artists associated with the Washington Color School, began a professional career as an artist later in life. After spending many years as a sports journalist and White House correspondent, Davis’s career pivot was sparked by a 1950 visit to the Washington Workshop where he encountered works by Jacob Kainen, Morris Louis, and Kenneth Noland. A few years of tutelage from these artists led to his first show, comprised of black and white drawings containing both hard lines and nuanced tonality. From these drawings Davis eventually began to focus on using bright colors to create an undulating rhythm of stripes across his canvases. He likened himself to an improvisational jazz musician; rather than planning and pre-selecting the color arrangements in his compositions, he would choose subsequent colors only after the previous one had been applied.

After spending almost two decades creating the hard-edged, geometric stripe paintings, Davis set out in search of a new style. Rather than painting each vertical stripe one specific color, he began blending swaths of colors within the stripes in the late 1970s and early 1980s. Royal Flush features deep purples and blues that dissipate into rose and cream before melting back into deeper tones, all contained within the stripe structure. Davis once stated that he had "a tendency to raid [his] past without guilt [by] going back and picking up on some idea that [he] flirted with briefly, say fifteen or twenty years ago. [He] will then take this idea and explore it more in depth, almost as if no time had elapsed between the present and the time of its original conception.” [1] When considered in relation to Davis’s work of the 1950s and early 1960s, Royal Flush is an example of Davis’s recall to an earlier style of varied tonality and nuance while maintaining the structural rhythm and syncopation that characterizes his most iconic works.