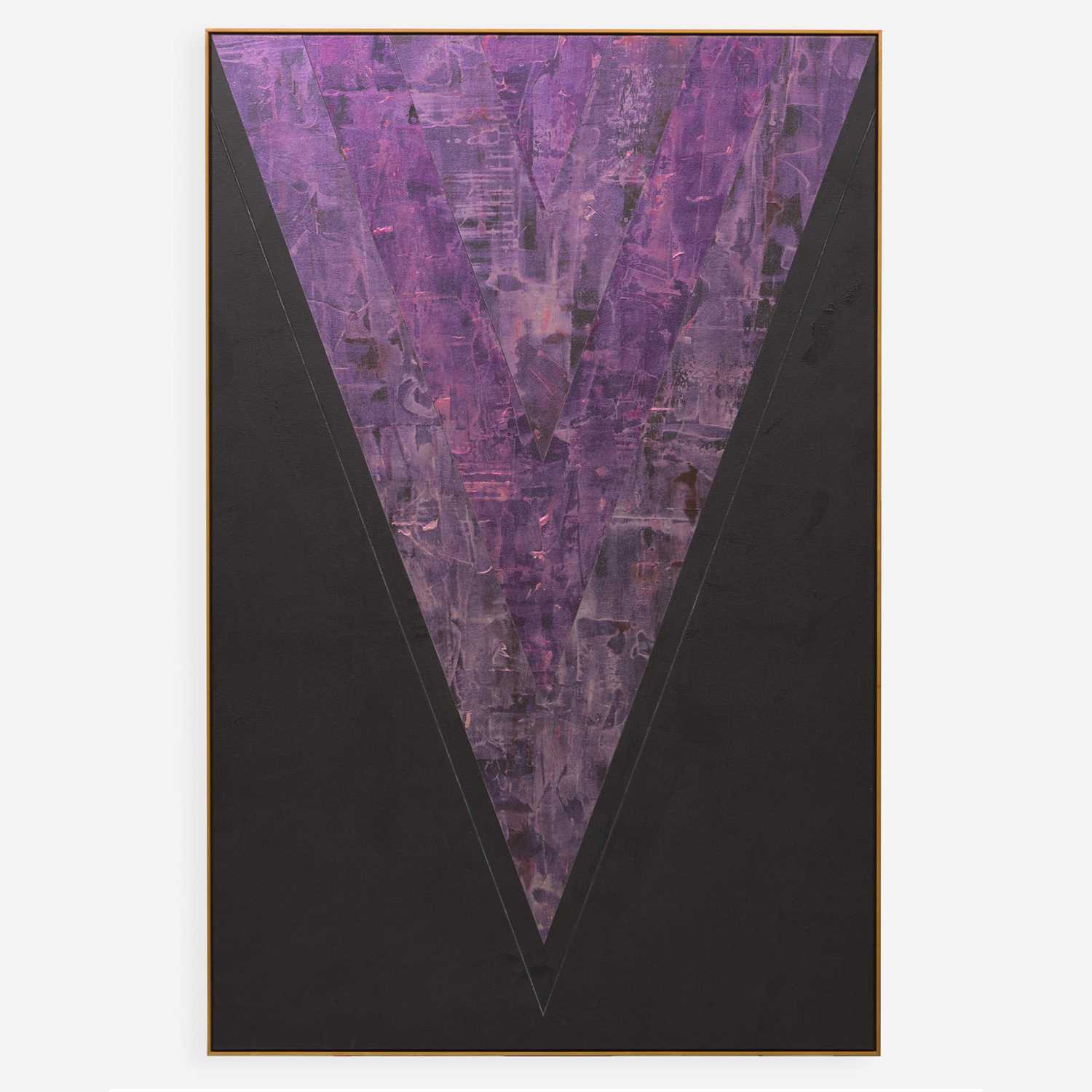 Kenneth Noland (1924-2010) is the father of American Color Field painting. His investigations into shape and color were first evident when he attended Black Mountain College in the late forties, as early on he exhibited an interest in the emotional effects of color and geometric forms. These investigations formed the backbone of his most celebrated works. Noland's commitment to line and color can be traced throughout his prolific oeuvre, and extended through a visual language of chevrons, horizontal bands and shaped canvases. The current lot is a prime example of this. In the late 1960s Noland participated in representing the United States at the Venice Biennale, where he showed both his Circle and Chevron paintings alongside work by Jasper Johns and Robert Rauschenberg. In 1977, Kenneth Noland was honored by a major retrospective at the Solomon R. Guggenheim Museum in New York that then traveled to the Hirshhorn Museum and Sculpture Garden in Washington, D.C. and Ohio's Toledo Museum of Art in 1978. In 2006, Noland's Stripe Paintings were exhibited at the Tate in London. His works are held in the collections of the Solomon R. Guggenheim Museum, New York; the Museum of Fine Arts, Houston; the National Gallery of Art, Washington, D.C.; and the Tate Modern, London.