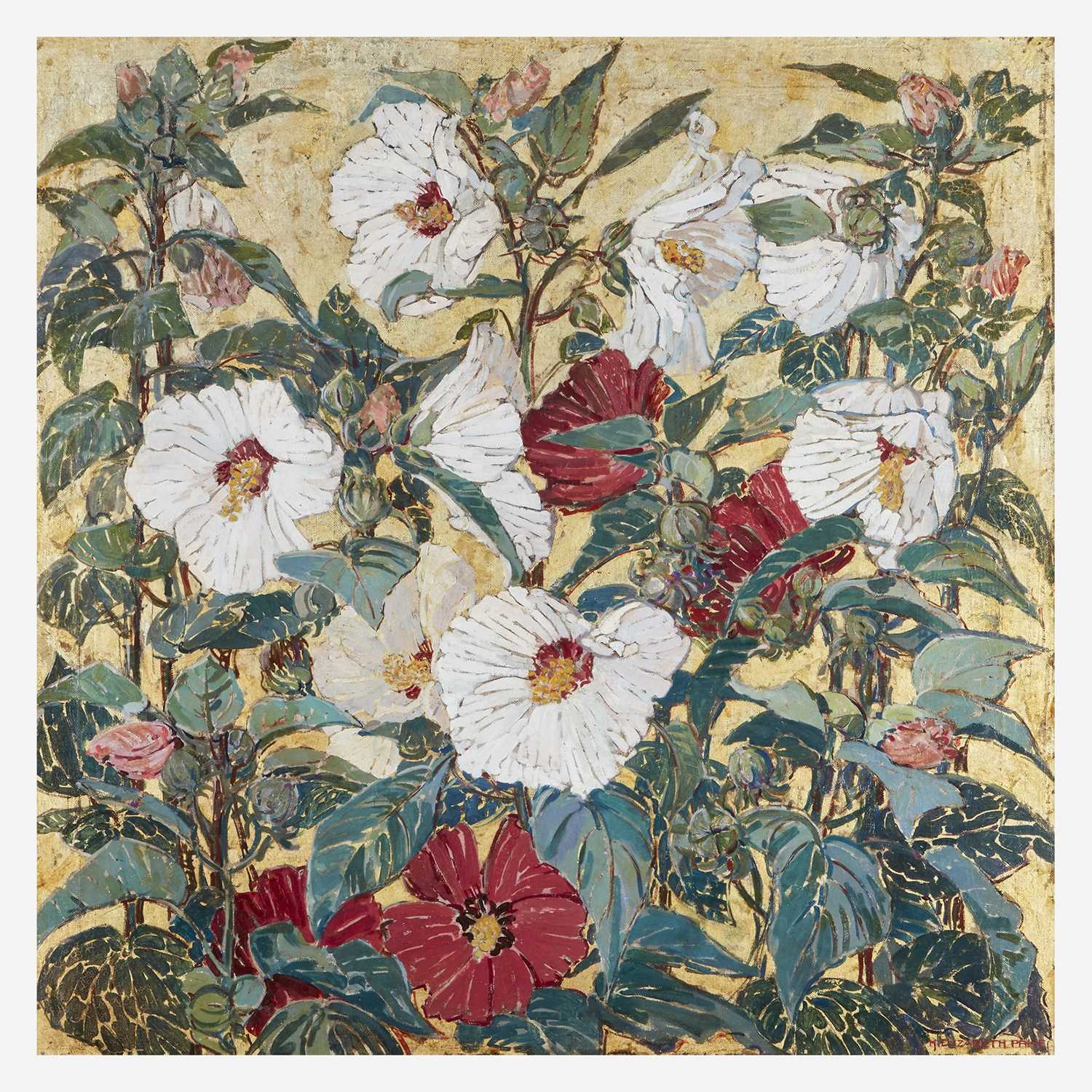 While she depicted a rich variety of subjects, Mary Elizabeth Price made a name for herself by painting decorative floral panels and screens, which she rendered in a close-up, yet painterly manner, as shown in the present work. Price started to explore the genre in the late 1920s and continued onwards, using the countless irises, peonies, poppies, lilies, delphinium and hollyhocks that grew in her lush garden at Pumpkinseed Cottage in New Hope as her main source of inspiration. Through her captivating still lifes, Price revived an old technique of Italian Renaissance painting. Like the Florentine and Sienese artists of the 15th century, she used a bold palette of oil colors, which she richly applied to a gilded surface of gesso (sometimes covered by no less than sixteen different shades of gold and silver leaf), preliminarily incised with intricate designs.

Price created many floral compositions similar to Mallows, an exceptional example of the artist's work, which was widely exhibited. Instead of combining several flowers as in other paintings, the work is conceived as a single decorative portrait of, if not homage to the vigorous plant with showy flowers, which Price only rendered in white and red variations. Here, the artist is treating the canvas as a unified composition, presenting stems jutting out in every direction, expanding from bottom to top, transforming the canvas into a living ground. This whimsical glimpse of a parcel of Price's garden is glorified by the gold background, which reveals the influence of Art Nouveau and the Arts & Crafts Movement in the artist's career.