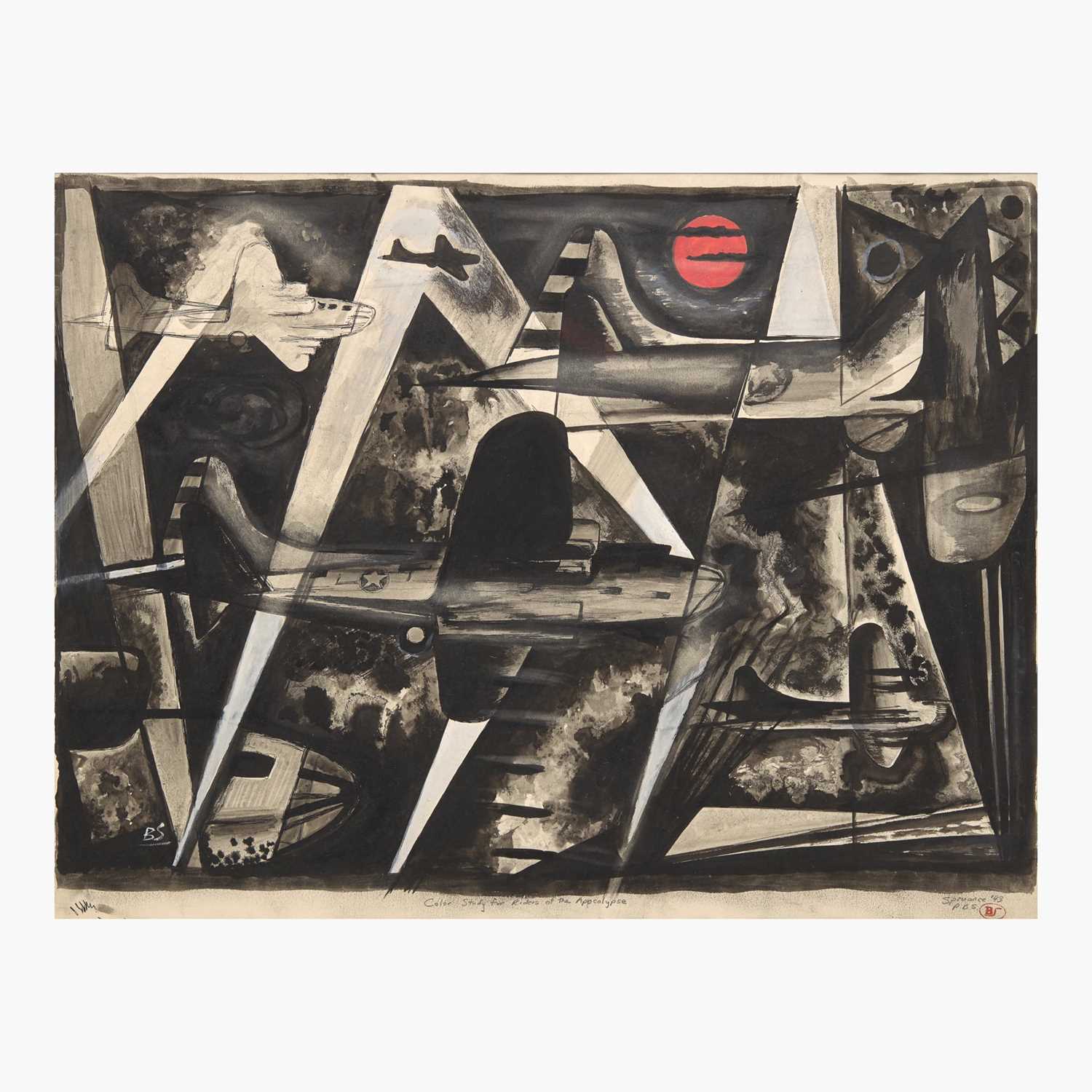 Benton Spruance is mostly known for his printed work, thus making any of his original compositions scarce on today's market. The present work, a vibrant and striking color study for the artist's iconic Riders of the Apocalypse, therefore stands as a rare example of the artist's graphic talent, as well as a formidable opportunity to explore his creative process towards the publication of what is now considered to be one of his best and strongest lithographs. While Spruance seemed to have had the general idea in mind at the time the present work was completed, we can notice several important differences between the color study and the final composition. Spruance indeed chose to disregard certain details of the aircrafts (namely their logo and serial number) to focus on the general ambiance of the scene instead: an intensely chaotic night raid whose consequences promise to be as devastating and terrifying as the blood full moon in the upper right corner - the only colored element of the composition which serves as both an omen and a warning to th atrocities of World War II, in full force at the time of the creation of the present work.