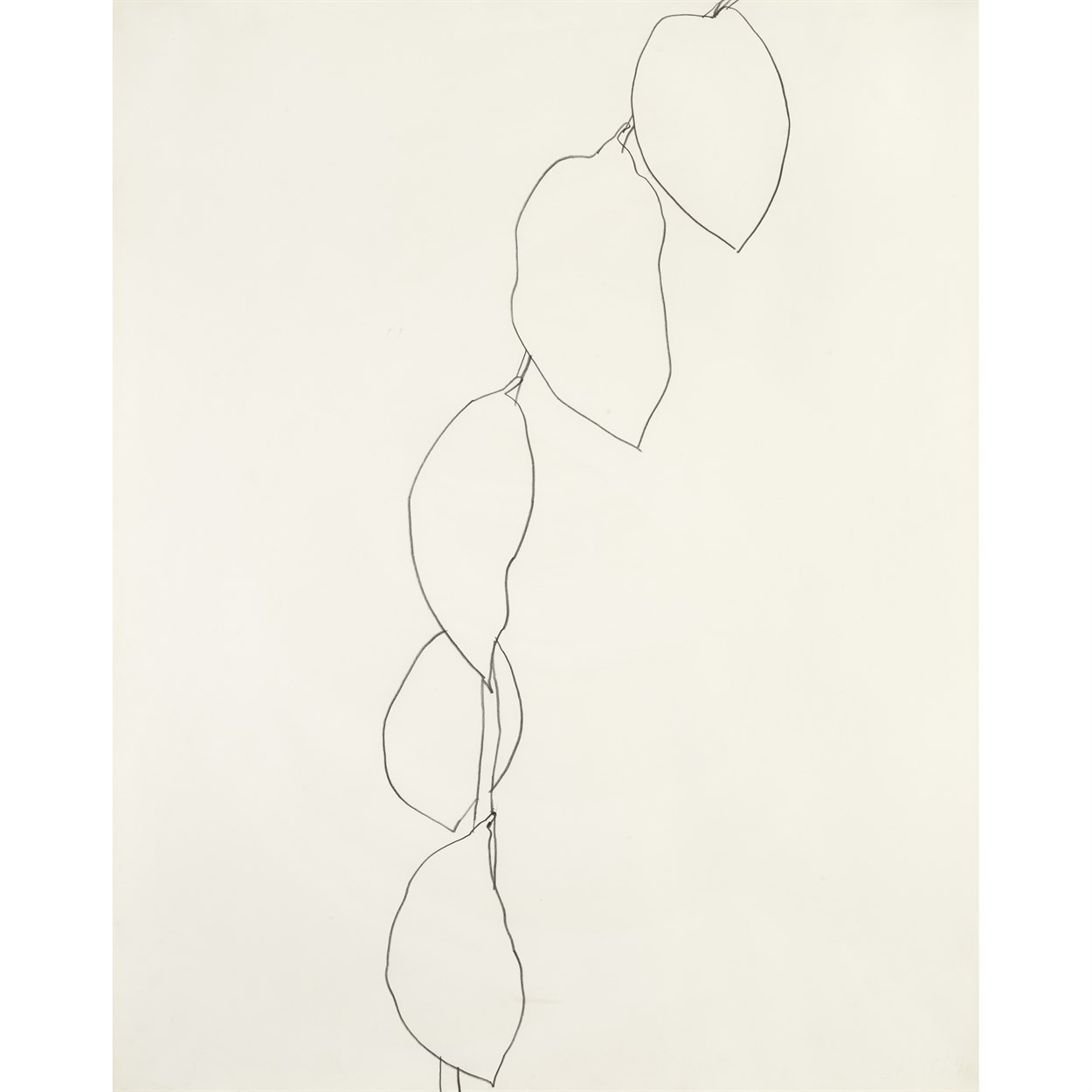 Ellsworth Kelly spoke often of his drawing teacher Ture Bengtz at the School of the Museum of Fine Arts in Boston who instructed, "when I teach you how to see, then you'll be able to draw easily."(1) After more than a year of drawing from the nude, Kelly suddenly felt one day that he was able to draw anything. This was a seminal moment. As he stated in 2011, "When I see a blank piece of paper or canvas, I want to put something on it, it's a great desire."(2) Drawing became a venue for formulating and developing his large color field canvases, particularly for exploring the curves, contours and negative spaces between forms. On the occasion of the Metropolitan Museum of Art's Ellsworth Kelly Plant Drawings exhibition in 2012, the artist explained that these works "seem to be a bridge to the way of seeing that brought about the paintings in 1949 that are the basis for all my later work."(3)

Born in Newburgh, New York in 1923, Kelly studied at the Pratt Institute before joining the Army in 1943, working with other artists creating camouflage during the Second World War. After the war, he returned to Paris on the G.I. Bill where he began his artistic career in earnest. This crucial period from 1948-52 saw Kelly formulating what would become his lifelong project, freeing the canvas from gesture and representation to "shift the visual reality of painting to include the space around it."(4) Often called "Color Field," "Hard Edge" or "Minimalist," Kelly's mature work completely removed the process- and time-based elements of Abstract Expressionism, in favor of a finished style that was carefully planned out ahead of time.

While Kelly's paintings at first glance seem to be devoid of reference to the observed world, the artist always maintained that his work was rooted in his lived reality. The crushed coffee cup on the sidewalk, shadows between buildings, or leaves and flowers collected on morning walks could all provide foundational ideas. Studying plants, for example, gave him a crucial place for experimenting with negative space and how forms overlap, both powerful elements in understanding his oeuvre. As such, a drawing like Lemon Branch serves as a strong underpinning of Kelly's painted works, as well as a beautiful study of nature in its own right. Its lyrical forms dance up and down the page, some overlapping, others just barely out of reach, full of a life and energy and on a scale that creates a powerful, yet delicate, composition.

This work relates to Lemon Branch [1] in the collection of The Solomon R. Guggenheim Museum, New York, New York.