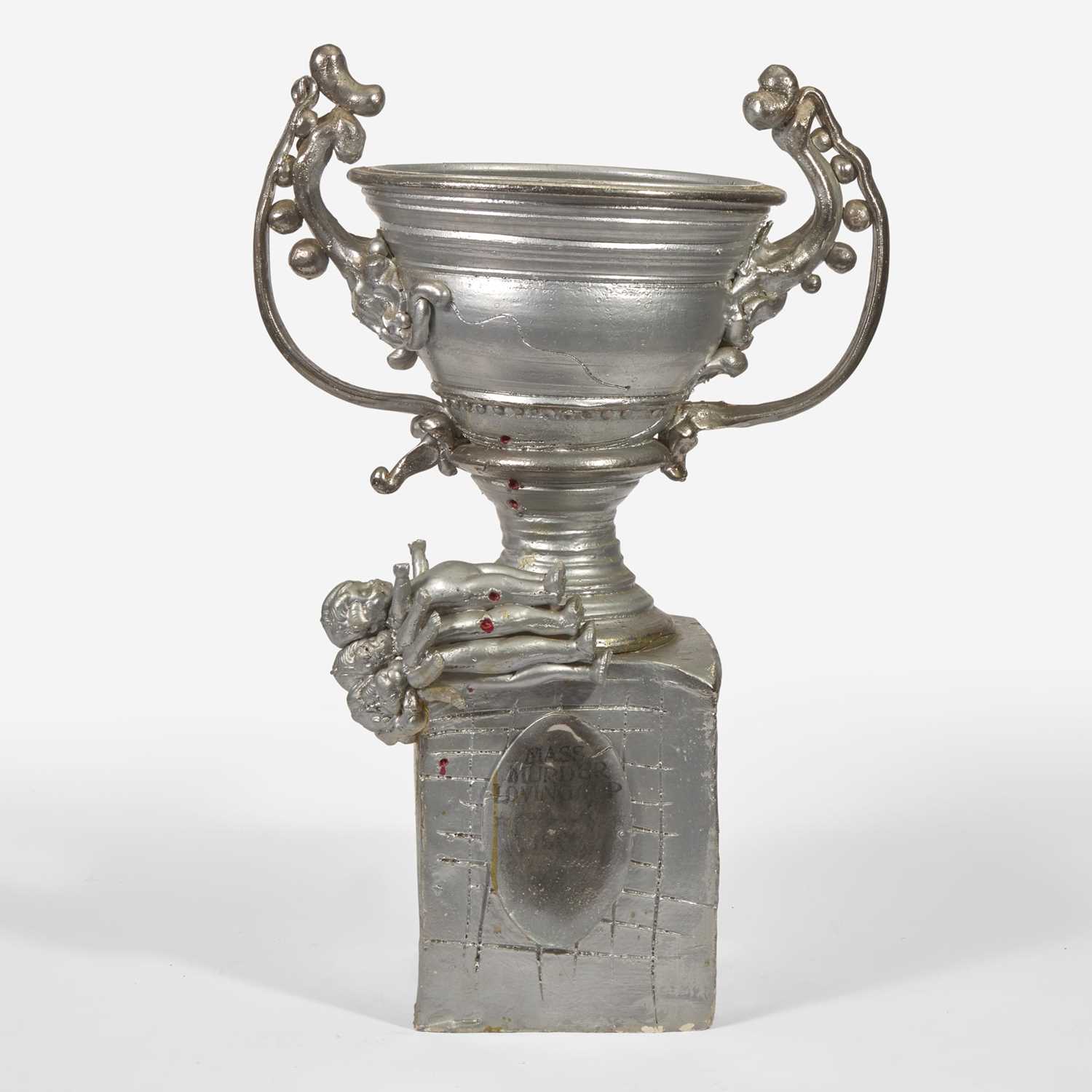 A fixture in the Seattle, Washington arts community, artist Clair Colquitt is known for his mixed-media and mechanized works, including the infamous "Bumbershoot" quintcycle -- a propeller-driven five-wheeled functional cycle topped with three umbrellas. The Bumbershoot became heavily identified with its presence at Festival '73 in Seattle, a public arts and music festival that had only been inaugurated two years prior. Seattle arts leader Anne Focke had chosen the Bumbershoot name that year as a rebranding of the festival, to some local consternation; its success as an alternative arts festival is due in part to its incorporation of irreverent local art like Colquitt's mechanism, and the festival continues to this day. Colquitt received his M.F.A. in Ceramics from the University of Washington, and the same experimental sensibility and willingness to engage in social and political commentary through art is evident in his ceramic work. Colquitt was a 1977 resident artist at New York State's Artpark program in Lewiston, New York, and his ceramics are held in the collection of the Everson Museum of Art, Syracuse, New York.