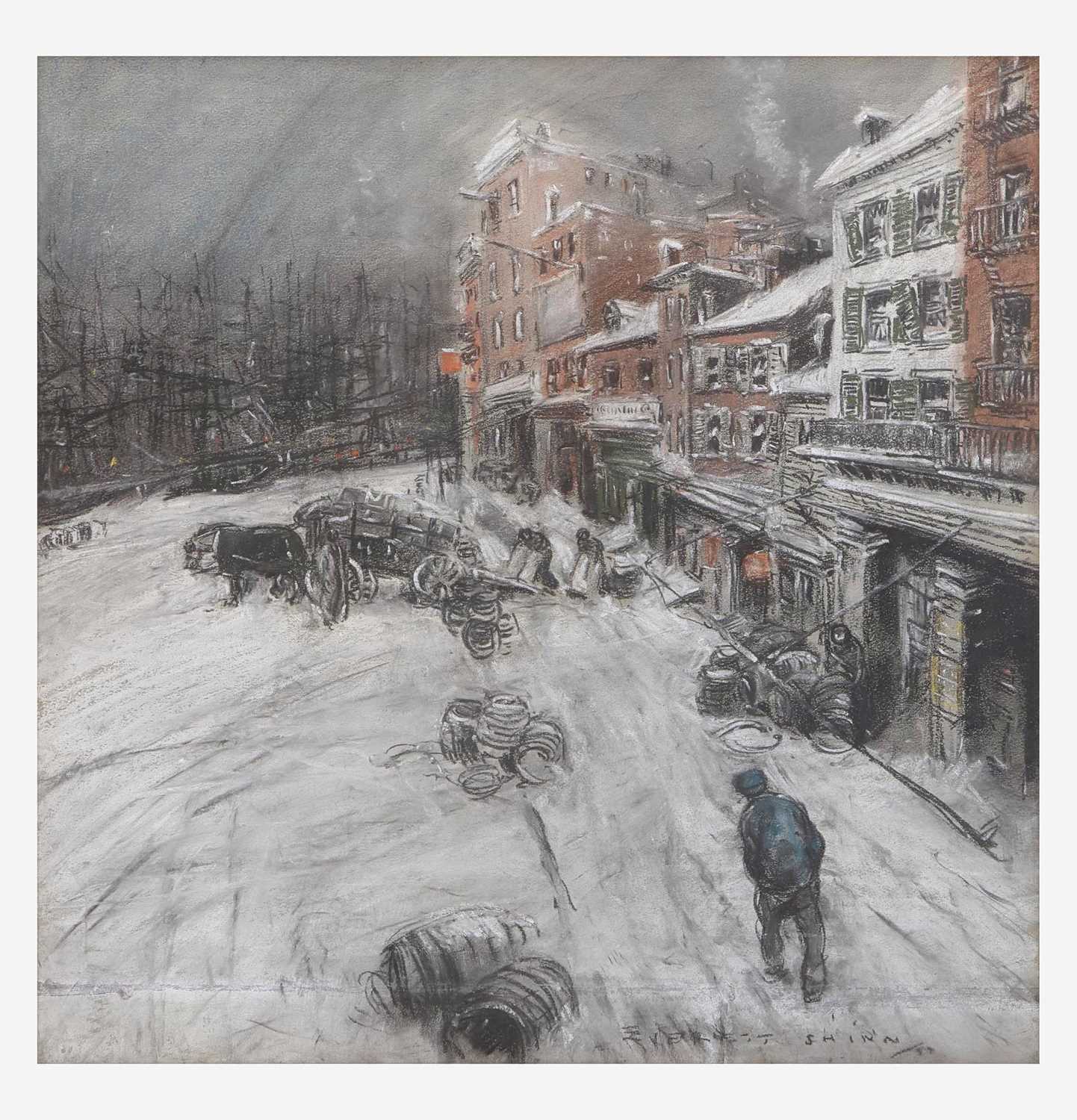 Sotheby’s, New York, sale of May 28, 1987, lot 263.
Acquired directly from the above sale.
Collection of Mr. and Mrs. Arnold and Sandy Rifkin, Wilkes-Barre, Pennsylvania.

Sotheby’s, New York, sale of May 28, 1987, lot 263.
Acquired directly from the above sale.
Collection of Mr. and Mrs. Arnold and Sandy Rifkin, Wilkes-Barre, Pennsylvania.

Everett Shinn was the youngest member of the Ashcan School, and displayed an early aptitude for drawing, enrolling at the Pennsylvania Academy of the Fine Arts in the fall of 1893 on the advice of his previous supervisors. While in Philadelphia, the artist secured an illustrator's position at the Philadelphia Press, and befriended George Luks (with whom he shared an apartment). Together, they attended Robert Henri's art conferences, and met William Glackens and John Sloan: all would end up again in New York City at the New York Herald. Very early on, Shinn was drawn to the coarsest and humblest fringes of society, and represented some of the gloomiest buildings, streets and docks of New York City or Philadelphia, as revealed here: a bleak, almost black and white, wintry rendering of a cobblestone alley in Philadelphia's Old City, leading to the icy Delaware River, here only signified in the background by the somehow ominous presence of dozens of bare masts banging against each other. Shinn’s talent to work with pastel was well-suited to depict such a street scene in inclement weather - a favorite subject of his. The quickness of execution, a gift he developed during his early training as a reporter-illustrator, paired with the subdued hues of the chalk immediately convey the feeling of a cold, dreary day in Philadelphia.