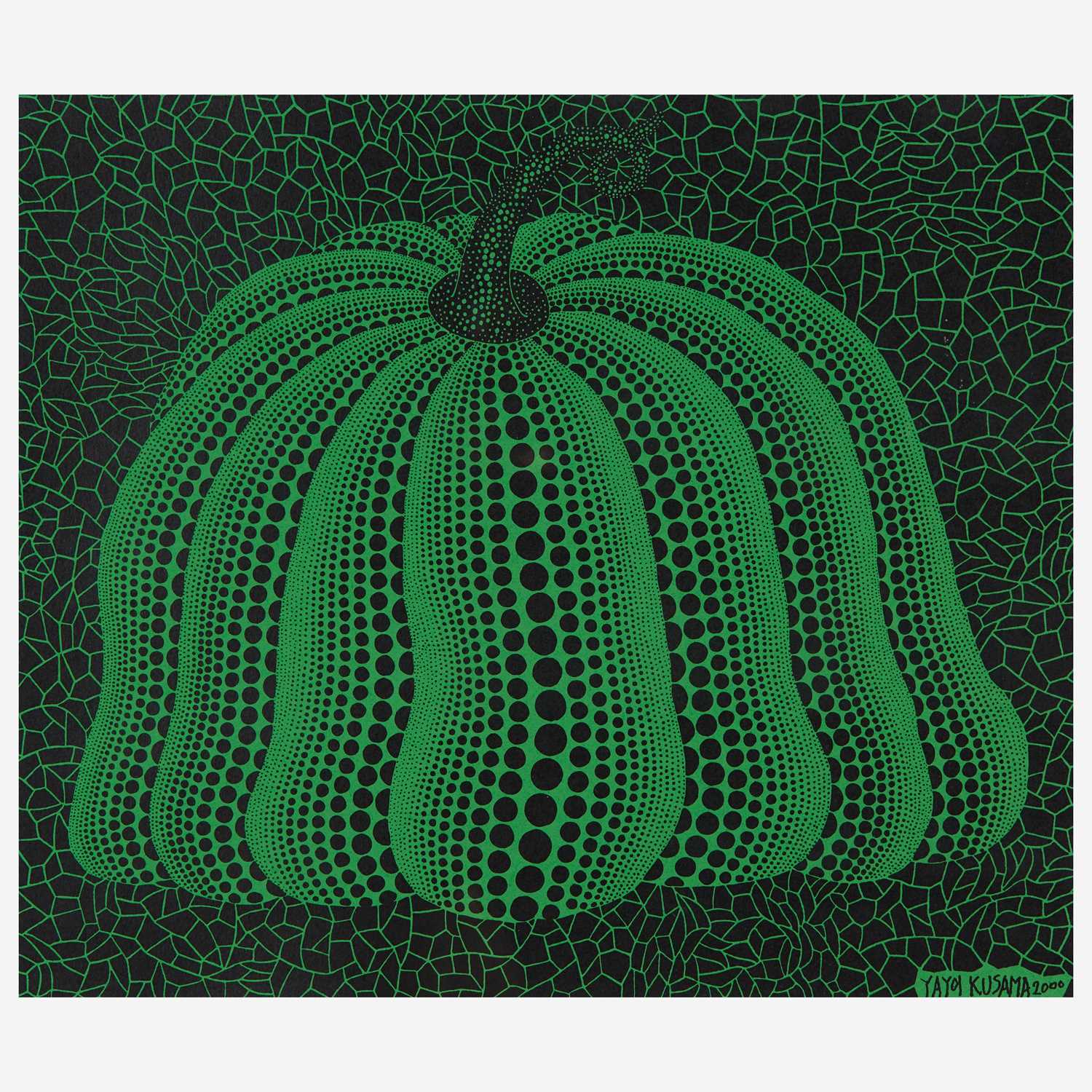 The pumpkin is the signature motif of Japanese artist Yayoi Kusama (b. 1929). Not unlike Warhol's Campbell's Soup Can, the Pumpkin is Kusama's elevation of an everyday object, but unlike Warhol's signature post-war motif, a manufactured everyday item, Kusama's pumpkin is not a product of a factory, it is the bare fruit which nourishes, and is subject to the passing of time. Kusama's Pumpkin can be seen as a contemporary momento mori.

Kusama's fascination with pumpkins became evident in 1946 when she exhibited it in a traveling exposition in Matsumoto, Japan. This first piece was painted in the traditional Nihonga style which was developed in Japan around the 19th Century. Since then the pumpkin has become synonymous with the artist.