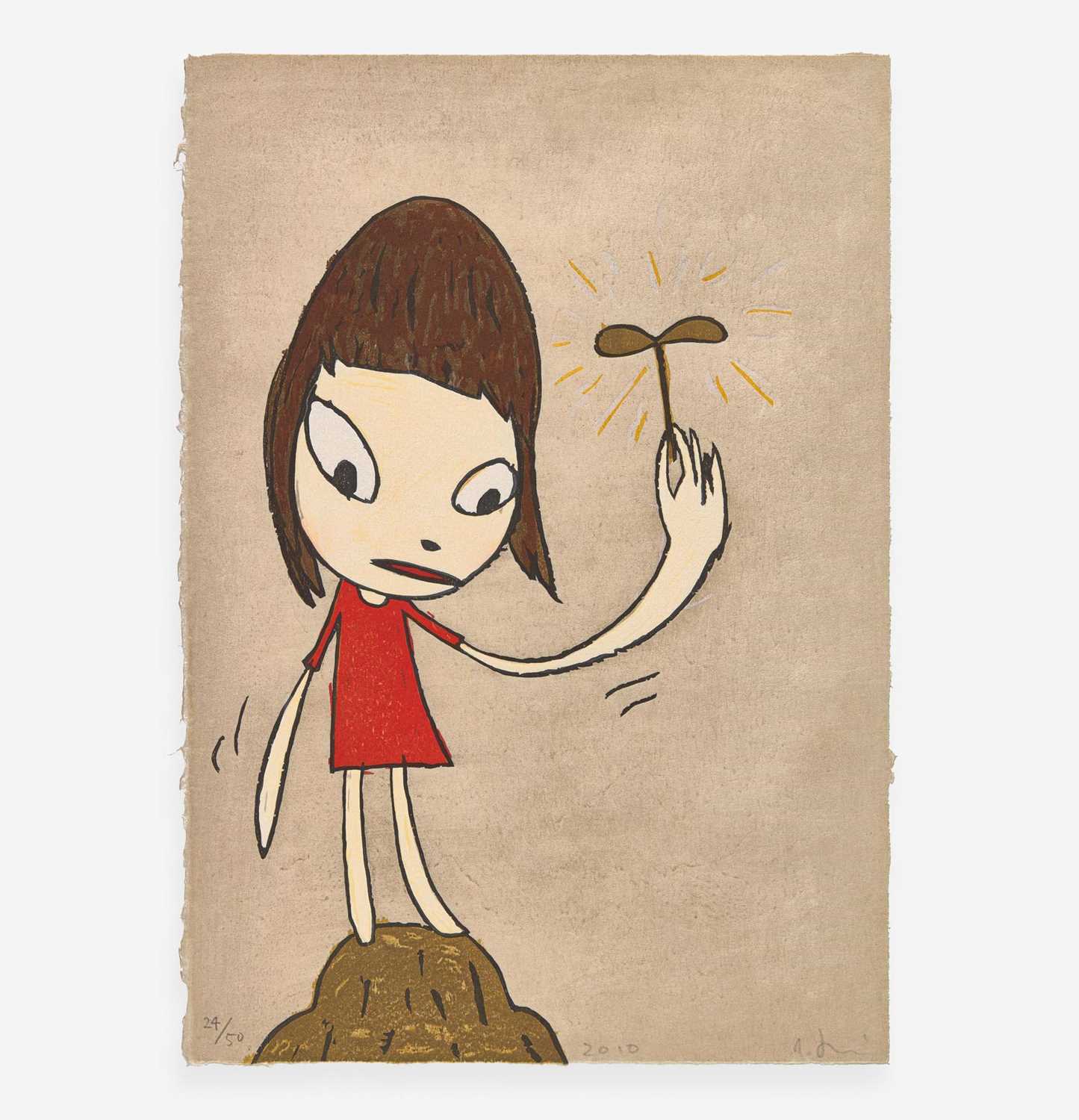 Yoshitomo Nara's (b. Japan, 1959) kawaii-influenced young children look both sweet and occasionally a bit sinister. His most celebrated figure, a heroine, an aggrieved yet charming young girl, has attracted global audiences. She is the subject of this lot. The New York Times critic Roberta Smith remarked that Nara is “one of the most egalitarian visual artists since Keith Haring. He seems never to have met a culture or generation gap, a divide between art mediums or modes of consumption that he couldn’t bridge or simply ignore.”

In 1988 Nara went to Germany to study at the Kunstakademie Düsseldorf under A. R. Penck. Back in Japan, Nara became associated with an group of Japanese contemporary artists who were part of an avant-garde movement known as Superflat, founded by Takashi Murakami. Nara's influences are counter-cultures, specifically punk music, cartoons, Western pop culture, fairy tales and an exploration in one's inner self.