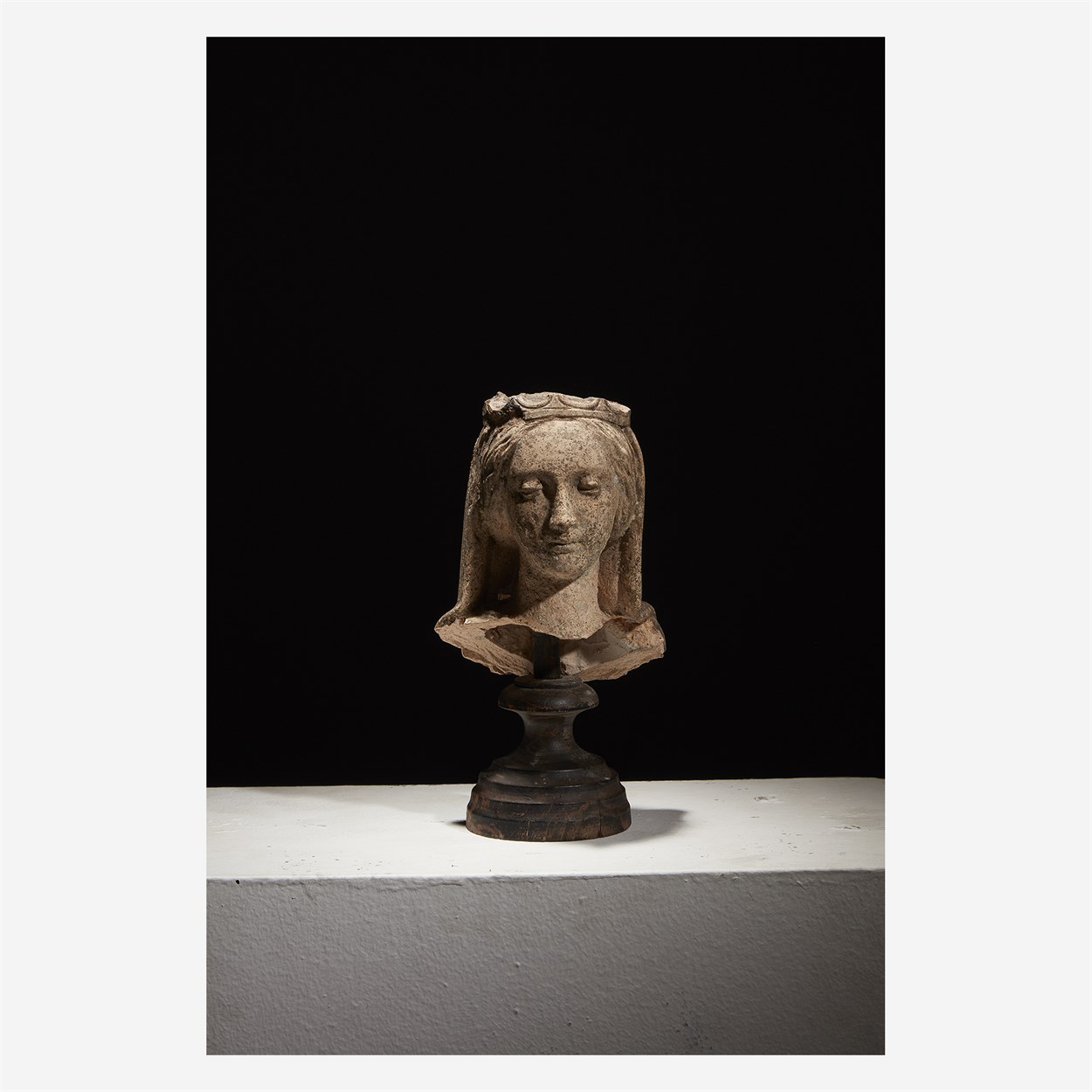 Mounted on a wooden stand.

Mounted on a wooden stand.

It is impossible to know the full extent and appearance of the original sculpture from whence this fragment comes. The elegant and serene morphology of the face, along with the partial veil and crown, clearly suggest the subject is the Virgin Mary. The diminutive size and fragile material -- half fired clay -- indicate a function for private devotion, perhaps in a domestic altarpiece. Such works in terracotta were widely produced in Italy around the turn of the 16th century, but were comparatively more rare in northern Europe, partly due to the region's less sophisticated terracotta production techniques. That makes this example, fragmentary though it is, a rare survival from this period.

With her straightforward gaze and slightly lowered eyes, the sculpture may have depicted the Virgin and Child in Majesty, with Mary seated and the infant Jesus enthroned on her lap.

This lot is sold together with a copy of a 2011 analysis by Théo-Antoine Hermanès, which may also be reviewed upon request prior to the auction.