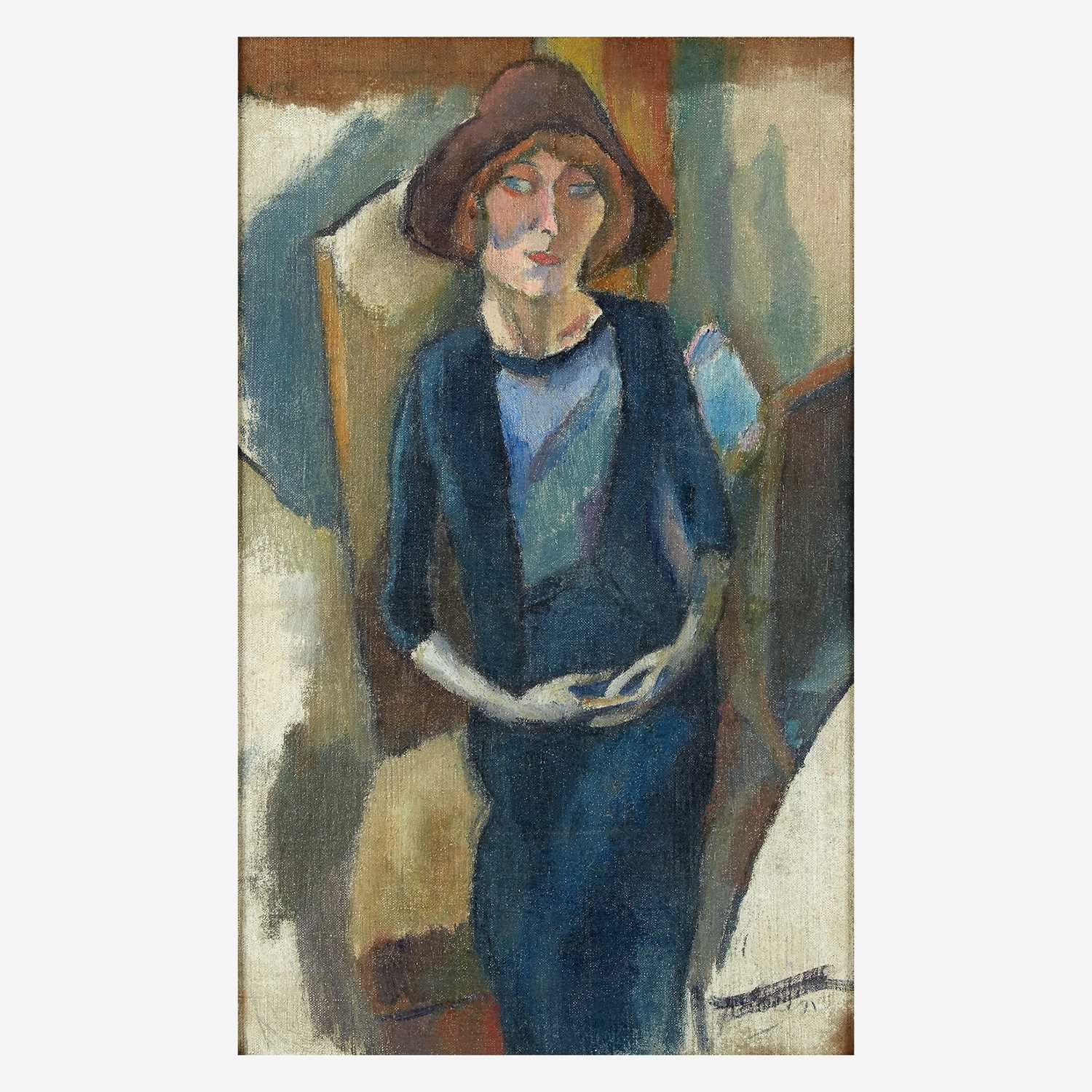 The female form was Jules Pascin’s primary artistic preoccupation throughout his career, from his early drawings and watercolors to his later experimentations with oil painting, inspired by Pierre-Auguste Renoir and Paul Cézanne. Born Julius Mordechai Pincas, the artist arrived in Paris in 1905 and soon became a mainstay in the Montparnasse bohemian community of artists and writers, and was even featured in Ernest Hemingway’s A Moveable Feast in a chapter entitled “With Pascin at the Dôme” - a reference to the artist’s memorable evenings at Le Dôme Café. Renown for throwing parties and donning a bowler hat, Pascin was friends with André Warnod and André and Moise Kisling.

In 1914 Pascin settled in New York, staying there through 1920, and later returning in 1927, quickly becoming a member of the New York avant-garde, along with fellow artists Maurice Sterne, Walt Kuhn, Max Weber, and Yasuo Kuniyoshi. Pascin’s first U.S. exhibition was at the Armory Show in New York, and he shortly thereafter had a solo exhibition at New York’s Berlin Photographic Company. By the 1920s, Pascin became well known for his fleetingly rendered paintings of petites filles, as well as a group of models the artist referred to as les petites crévees. Lot 8 depicts Hermine David - a student of Jean-Paul Laurens at the Académie Julian - and who Pascin married in 1918. Hermine was a frequent model of Pascin’s, appearing in a great many of his works, as in the present painting. Lot 9 belongs to a later moment, when Pascin’s style reached maturity, and his soft focus women lounge and pout in frothy interiors.