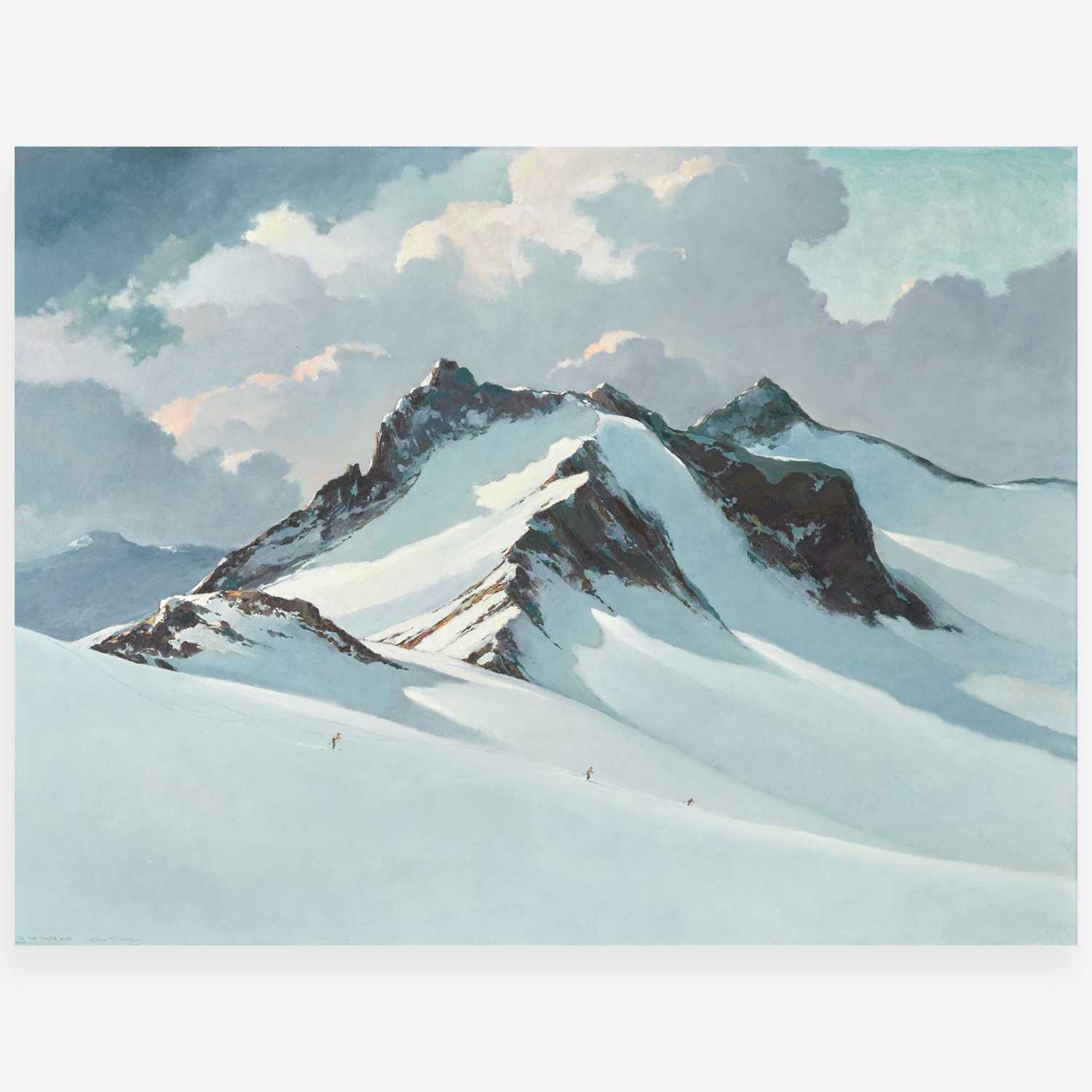 The Artist.
Acquired directly from the above.
Private Collection, Pennsylvania.

The Artist.
Acquired directly from the above.
Private Collection, Pennsylvania.

Eric Sloane is best known for his realistic paintings of forests, barns, covered bridges, often working in relatively large scale format and painting on Masonite. He also captured the serenity of the Alps moutain range in several of his works, as exemplified by the beautiful In the Tuxer Alps.

Born Everard Jean Hinrichs (he changed his first name to Eric, from the middle letters of 'America,' and changed his last name to Sloane from his mentor, Ashcan School painter John Sloan), Sloane was somewhat of a Renaissance man. He was not only a very prolific painter - said to have executed over 15,000 works - but was also a noted sign painter, book illustrator, author of thirty-five books, and expert on historic tools. Following studies at the Art Students League and Yale University School of Art, Sloane traveled across America before ultimately settling in Milford, Connecticut, its green environs serving as a source of great inspiration for The Old Bridge for example, which depicts the bottom of a seemingly abandoned covered bridge in the middle of a lush forest, stretching over a rocky brook. Bold in his composition choices, Sloane here captures the scene from an unexpected vantage point, very low to the ground so as to completely immerse his viewer in the picture frame and make them feel the immensity of the bridge, and nature at large. Sloane's keen interest in the sky and atmospheric weather is also clearly evident in the following series of works by the artist, which all paved the way to commissioned works for the U.S. Air Force and a large mural for the National Air and Space Museum.