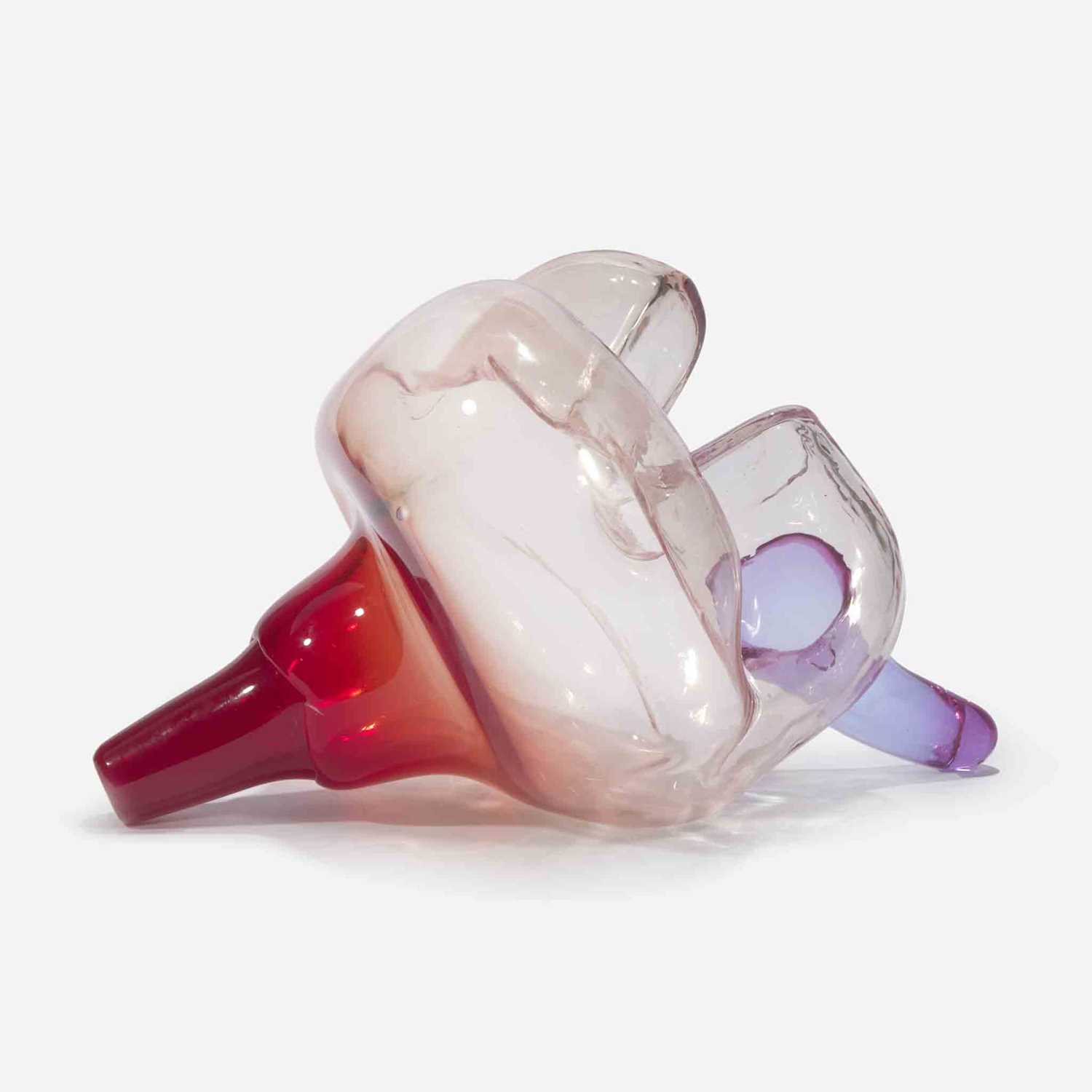 Marvin Lipofsky was born in Barrington, Illinois in 1938. He earned a B.F.A. in industrial design in 1962 from the University of Illinois in Champaign-Urbana and an M.S. and M.F.A. in sculpture in 1964 from the University of Wisconsin, where he studied with Harvey Littleton. From 1964 to 1972, Lipofsky taught in the Department of Design at the University of California at Berkeley. He founded the glass department at the California College of Arts and Crafts in 1967. Lipofsky was a founding member of the American studio glass movement. He founded a studio glass program at the University of California, Berkeley, followed by another program in 1967 at the California College of Arts and Crafts (now the California College of the Arts) in Oakland. In 1968 he inaugurated the annual Great California Glass Symposium, bringing glass artists and educators together. He received a Lifetime Achievement Award from the Art Alliance for Contemporary Glass in Chicago, Illinois in 2005 and a Masters of the Medium Award from the James Renwick Alliance, Smithsonian Institution, Washington, DC in 2003. He was named an Honorary Lifetime Member of the Glass Art Society (G.A.S.) in 1986 and a California Living Treasure in Sacramento, California in 1985. The artist was the recipient of two National Endowment for the Arts grants in 1976 and 1974. Works by Lipofsky are covered in every major survey of the American studio glass movement and can be found in important private and public collections including the Renwick Gallery of the Smithsonian American Art Museum, Corning Museum of Glass, Los Angeles County Museum of Art, the Philadelphia Museum of Art, High Museum of Art, Metropolitan Museum of Art, and several others worldwide.